As the Cambodian government has announced its first industrial gold mining venture after decades of exploration, civil society is demanding transparency in revenue management.

Prime Minister Hun Sen said in a public letter Thursday that Renaissance Minerals will be the first Australian mining firm to start extracting ore from the Okvau Gold Deposit in Mondulkiri province. The company will begin mining this month after more than 14 years of exploration.

Based on information provided by the company, the prime minister said Renaissance expects to generate gross revenues of $185 million annually within eight years of extraction. Of this amount, the government will earn more than $40 million from tax and royalties for national coffers.

“This start is clearly showing that our efforts in the mining industry were indeed viable, and we can extract the underground resources to serve our social and economic development with high responsibility,” he said.

Mondulkiri provincial Governor Svay Sam Eang told CamboJA that Renaissance  is currently one of two licensed mining companies operating in the province. The other is a Chinese company, Rong Cheng Industrial Investment.

“Under the registered companies’ operation, there is no environmental impact because the companies operate under proper technical [requirements] with good  waste management,” he said.

Cambodia previously reported earnings of just around $20 million in annual royalties and other non-tax revenues annually from the mining sector.

Renaissance is a subsidiary of the Australia Stock Exchange-listed Emerald Resources NL, which announced on June 8 production in the Okvau Gold Project will begin this month.

Emerald managing director Morgan Hart said in the announcement this is a significant milestone for the company.

“The project has remained on budget and on schedule despite the logistical challenges brought on by the global pandemic,” he said. “Construction activities are nearing practical completion and open-pit mining has delivered over 245,000 tons of predominantly oxide ore.”

That amount of ore would convert into three tons of gold.

In July 2017, Emerald increased its ground position in Cambodia from 374 square kilometers to approximately 1,500 square kilometers following the grant of a new exploration license, bringing the company five such licenses between Mondulkiri and Kratie provinces.

The company is also now joined in a venture with another Australian firm, Mekong Minerals, as well as a firm in Canadian gold mining, Angkor Gold, to complete other projects.

Civil society representatives welcomed the development progress but demanded transparent management of the revenue collected from the resources.

Pech Pisey, executive director of Transparency International Cambodia, said it is a blessing that Cambodia has discovered a number of valuable minerals, including oil and gold.

“Cambodia needs accountable mining for sustainable development, as well as transparent and effective revenue management that is free from corruption,” he said.

He said revenues need to be wisely invested to double or triple the amount of money within 5-10 years that can be used to enhance the health and education sectors, as well as the country’s critical infrastructure.

“I would highly recommend the government join the membership of the Extractive Industry Transparency Initiative, which can assist Cambodia in its efforts to ensure effective governance of the mining sector,” he said. “This includes the effective mobilization and management of revenues from the mining sector in Cambodia and access to existing networks and expertise in this area.”

Cambodia has also just begun extracting its first crude oil from the Gulf of Thailand in December. The government has expressed pride in the country’s long-awaited oil production, but the newborn sector is already facing deep uncertainty. Developer KrisEnergy is currently winding down operations following an announcement it is unable to pay its debts amidst weaker-than-expected performance of its extraction site in the gulf.

Yos Monirath, the director-general of the General Department of Mine Resources at the Ministry of Mines and Energy could not be reached for comment.

San Chey, the executive director of the Affiliated Network for Social Accountability, compared mineral extraction to the timber industry, pointing out that forests are being destroyed.

“It is good news for Cambodia, but behind this positive news, we also need to look at the impact of people in the community as well,” he said. “We still urge the government to have transparency in revenue control from mine resources. Public information must be wisely spread, especially for people in the community.”

“We want to see the resource management made in the form of participation to ensure civil societies could provide enough recommendations on the funding,” Chey said. 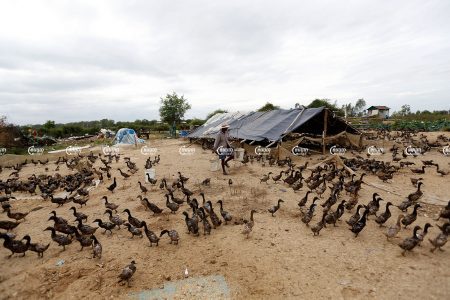 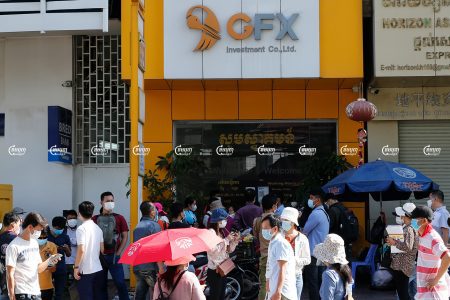 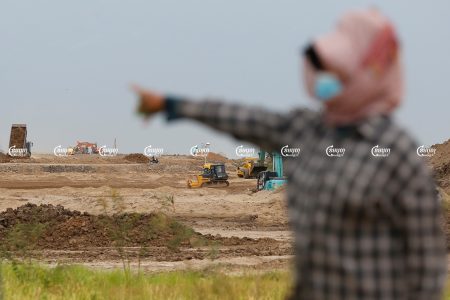