Twenty-three Cambodians returning from Thailand tested positive for COVID-19 on Thursday and Friday, taking to 56 the tally of positive cases detected at the border since Thailand’s worst outbreak of the pandemic sent a new wave of migrant workers home, the Health Ministry said.

Eight tested positive on Thursday and 15 more on Friday, while about 1,000 have completed quarantine and headed home among 12,000 to cross since late December, officials said, following an outbreak at a seafood market in Samut Sakhon province where many migrants are employed.

Health Ministry spokeswoman Or Vandine urged caution over the spike in cases, while officials at the border reported having to bring whole families into quarantine after returning migrants  eluded authorities and returned to their villages.

“The November 28 event has finished but COVID-19 is not over yet,” Ms Vandine said on Friday.

Cambodia had registered just 426 COVID-19 cases as of Friday night, with none dead and 381 recovered, but the return of thousands of migrant workers as jobs dry up in Thailand has caused the largest spike since August.

People are streaming steadily across the border and into schools converted into quarantine centers, said Ly Sary, spokesman for the Banteay Meanchey provincial government.

“Migrant workers continue to return home because they are scared of infection and because some factories are closed, leaving them jobless,” he said, adding that the government had provided more than $240,000 to run the quarantine centers.

All of the 3,000 migrant workers who returned through Banteay Meanchey province since December 20 had been tested for COVID-19, with more than 500 having completed quarantine and headed home, he said.

In Oddar Meanchey province, 2,300 of 3,600 returnees have been tested for the virus, with about 450 having completed quarantine and headed home, said Dy Rado, spokesman for the provincial government.

Between 100 and 200 migrant workers had been returning each day in recent weeks, but that only 48 crossed the border on Thursday, he said.

In Battambang province, there have been cases of migrant workers running away from centers, jumping out of military trucks sent to transport them from the border, and avoiding quarantine and border protocols altogether, according to provincial spokesman Soeum Bunrith.

“However, our authorities found them all and brought them and their families to quarantine,” he said. “We educated them and now they understand about quarantining.”

More than 2,600 migrants had returned into the province, been quarantined and tested for COVID-19, with the government providing about $180,000 to fund the quarantine operation, he said. 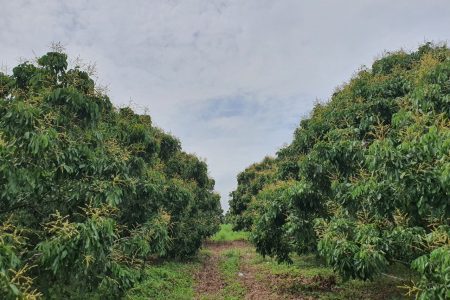 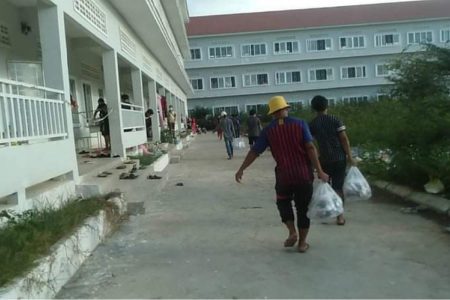 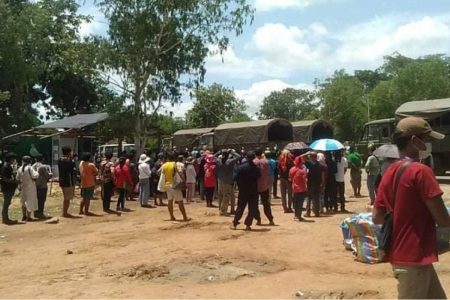