Eleven-year-old Chhorm Sokny, from a poor family in  Kampong Speu province’s Meat O village, smiled in her white shirt and blue robe as she spoke of her chance to learn English and her dream of being a teacher.

Sokny was among 20 classmates at the English language school run by the Cambodian Children’s  Advocacy  Foundation Organization NGO near her village.

“I came to study at this school about three months ago,” she said, adding that she was learning the English alphabet.

“I came to study here because I want to read and speak English,” said Sokny whose  father is a driver for a private company and whose mother is a housewife.

“I want to become a teacher because I can continue to teach the next generation of young people.”

The school is in rural Trapaing Andong village in the Oudong district, more than 40km from Phnom Penh.

Fellow student Chin Reaksmey, also aged 11, said she came to study at the school about two months ago.

She found out about the school through one of its teachers who said she could study English there at little cost and because it was near her house.

“I came to study here because I want know about English and when I finish English classes  I want became a teacher to train other children in my village,” said Reaksmey, whose father is a construction worker and whose mother works in a garment factory.

Sokny’s mother, Chhem Chantha, 32, sits in a plastic chair under a mango tree in front of her wooden house. She has three daughters. Sokny is the oldest and she studied at grade five of public school. Her second daughter is in grade three.

Ms Chantha said that at first she did not want Sokny to study at the English language school because of the problems with trucks, cars and motorbikes on the way there.

“But when I saw that the school had three-wheel motorbikes I decided to allow my daughter to study there, and the school is close the house,” she said.

Lessons at the school are free but students need to pay for the three-wheel motorbike service.

Ms Chantha said: “The transport cost is not high compared with the cost of a private English school, so I can accept it.”

She could not send Sokny to a  private English school because it is more expensive than the NGO school, which is also near her house.

Sokny found out about the school through friends who studied there.

“My daughter wanted to study English language and she said she would study hard,” said Ms Chantha.

“I hope that my daughter will learn about English from this school because she wants to study the English language so much.”

She said Sokny  had studied some English part time earlier but the lessons had not been regular or the classes strict. Now she could read and speak some words.

“I hope that this school will help to teach my daughter and other students about the English language for their future and especially I want teachers to be strict with her if she plays around because children her age play a lot,” she said.

“I want this school to operate for a long time and expand into a big school for children to study and learn a lot about the English language,” Ms Chantha added.

Sat Sokkea, 25, school principal and administrator, stood near the door of a classroom where many students were studying.

She came to work here two years ago because the school found it hard to recruit staff.  Its remoteness made it difficult for children to find a place to study English.

Another woman teacher said she also applied to work there when she found out about the school’s situation.

“I want children around here to learn about English, and, I want to share my knowledge and experience that I worked hard to study and research in the past for the next generation of children.”

A teacher named Sokkea said the school had more than 200 students, mostly from poor and middle-income families.

“Generally, we do not discriminate  between students from poor and rich families. Our school welcomes and receives all students who want to study in this school,” said Ms Sokkea.

She thanked donors who helped the school, however big or small their contribution.

“I hope this school will operate smoothly well into the future,” she said. “I hope that all donors will  continue to support this school so that more classroom can be added.”

She said that since she started teaching at the school, she had  seen most students studying hard even though their homes were three or four kilometres away.

They always rode their bicycles to study but things seemed easier after the school organized the three-wheel motorbike transport.

“The parents also pay $5 a month for gasoline and  repairs to the motorcycles.” said Ms Sokkea.

Ms Sokkea said parents allowed their children to study at the school because they thought it could teach their children at regular times and had good rules, so they had faith in it.

“Our school always meets parents or guardians to discuss their children’s results and then the school continues to resolve any issues,” said Ms Sokkea.

“We work hard to teach all students to pay attention and I will find new methods to teach them.”

Rithy Chandara, director of CCAFO School and chief of the education department at CCAFO School, said that CCAFO was created in April 2015.

At first, it had 183 students in free morning and afternoon sessions in classes run by volunteers.

He said the school was created because the number of students who could continue to high school was small. Their parents did not push them to study because the parents thought only in terms of immediate benefit. They were not interested in education despite government efforts to explain the value.

“So we want stay close to them and try to explain the benefit of studying,” Mr Chandara said. “At first, they did not believe us because we operated the school free of charge. We still try do it now.”

He said the school taught more than 800 students in morning and afternoon sessions from 2016 to 2019. From last year until now the enrolment was 255 students.

Mr Chandara said he wanted to see domestic donors. In the past, he had seen mostly foreign donors who helped schools teaching informal systems of learning.

“I appeal to all Cambodian humanitarians to join us and see what they can do because based on our experience, we receive most funds from foreigners,” said Mr Chandara. “I hope that domestic humanitarians will take an interest in education and help our community.”

He planned to cooperate closely with the public system because when public school students have free time he wants them come and study at the school.

He said that because of its remoteness teachers who came here did it out of the goodness of their hearts and their love for this school and students.

The school has three teachers, one secretary, one security guard, two tuk-tuk drivers and a cleaner. His budget is from $40,000 to more than $60,000 a year.

The school has three rooms. The first is wooden with a zinc roof.  The second was built to a public school standard and was donated by Iherb from the United States.

The third was built from funds from donors from Hong Kong.  There are two houses for staff and five toilets for teachers and students.

Allan Cheng, principal of Ying Wa College, Hong Kong was one of the donors to the classroom and a playground.

He led students and teachers on a visit to the school last month  and said  he and his colleagues wanted to continue helping the school.

“We don’t want to stop there because we want to continue to serve this community,” Mr Cheng said.

In late June and July, his teachers brought some students to continue to serve and this year he and some teachers will come again.

Later this year, he will also bring more students for a workshop because the school would like more experience in school administration and management.

“We know that funding is very important in Cambodia because I just heard that this school didn’t receive enough funding from the government and from other organizations,” Mr Cheng said.

“We have raised more than $US13,000 for this school to help them build it up, to buy necessary equipment and, to develop the curriculum. We are continuing to raise funds to help.

Mr Cheng also thanked all donors including teachers, students, people and former students for their efforts.

“I think that education is important for development in Cambodia, and all children have the right to be well educated no matter if they are in Hong Kong or Cambodia ,” Mr Cheng said.

“We hope that Cambodian children can be well educated and love Hong Kong people.” 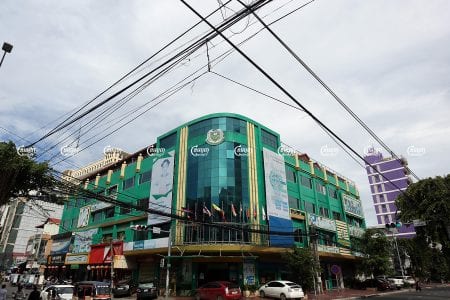 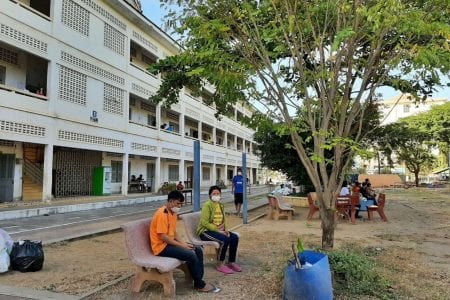 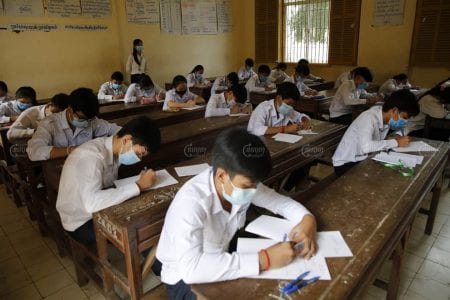 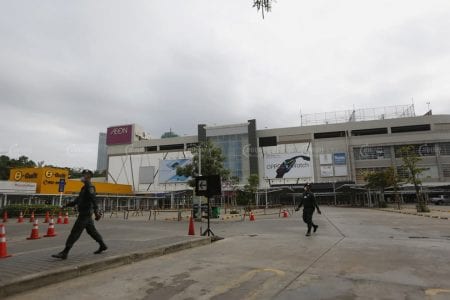 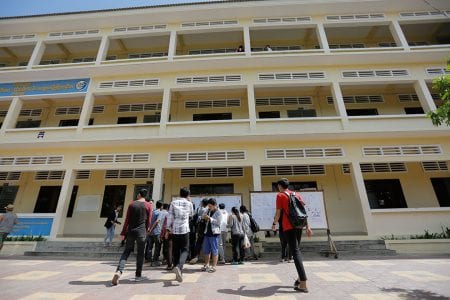