Manual for Schools Aims to Prevent Abuse by Teachers

The Cambodian government is distributing some 5,000 copies of a new handbook on child protection to schools across the country, officials said early this month, in an effort to prevent abuse by teachers.

It comes as the “Ending Violence Against Children in and around School” pilot program that ran from October 2020 to June 2022 at 52 target primary schools in Siem Reap and Preah Vihear ends.

Chhun Ramy, deputy director of the Primary Education Department at the Education Ministry, said the book, written in collaboration with UNICEF and other NGOs and called the “Operational Manual on Child Protection in Schools,” was launched on June 28.

He said it was intended to educate teachers “about the types of violence, violence prevention and mechanisms to deal with violence.” How to teach children with mental health issues is also addressed in the manual, he said.

But Ramy stressed the initiative would only be effective if schools take it seriously, saying: “We’re afraid that they will not follow the [operational manual] and take it for granted.”

It is not uncommon in Cambodian schools for teachers to hit their pupils, though Ramy said that in general, cases of abuse in schools involve teachers shouting at and verbally abusing children.

To try and change these behaviors Man Phally, Child Protection and Child Rights Governance Program Manager at Save the Children, said  more than 5,000 copies of the manual have been published and will be given out to provincial departments of education.

Thon Syna, Deputy Director of the Siem Reap Provincial Department of Education, one of the provinces where the pilot was carried out, said it had helped change the way teachers interact with children.

Syna said her department would now hand out the manual to the rest of the province’s schools as well as women’s groups and commune organizations.

“There will be measures to stop the violence, whether it’s in schools, at home, or in the commune,” Syna said.

Touch Bolouch, deputy director of the provincial primary office in  Preah Vihear, where the other pilot project took place, told CamboJA it had been too short lived.

“We need to continue to strengthen child protection in the same schools and expand to other districts,” Bolouch said.

However, he noted the pilot had been largely successful, saying that the children involved were happier because they weren’t insulted or bullied by their teachers.

But, he pointed out, some pupils still faced violence at home.

“Out-of-school violence is more prevalent because [the parents] see this as their right and they follow this custom without knowing the law,” Bolouch said.

In order to combat this, Min Sitha, from the Ministry of Interior, said his department had just completed a manual on parental education and early childhood development in March 2022, which was released on July 19.

The book helps teach parents and guardians not to abuse children at home.

“The Department of Municipal, District, Commune, Sangkat Administration Affairs has prepared all these legal documents related to the protection of children, the prevention of violence, and the response to the outbreak,” Sitha said.

Van Kanha, Deputy Director of the Department of Child Welfare of the Ministry of Social Affairs, Veterans and Youth Rehabilitation, said that in order to strengthen prevention of child abuse at home, the MoSVY had also conducted a “Strong Family Campaign” through radio, television and social media.

So what do teachers think of the efforts to end violence in schools?

Sao Lai, 34, is a Grade 5 teacher at Thmea Primary School in Chey Sen district, Preah Vihear province. He told CamboJA that he learned a lot from being a teacher trainer on the pilot project, especially about the five types of abuse: physical, emotional, sexual, neglect, and child exploitation.

He added that in the school where he taught in the past, he had witnessed emotional abuse and neglect.

“[Understanding the types of violence] is very important for teachers,” he said, adding that similar projects should also be established in secondary schools.

Kong Khemry, principal of Thmea Primary School, told CamboJA that the implementation of the project to end violence against children at the school had helped reduce problems between teachers and students. 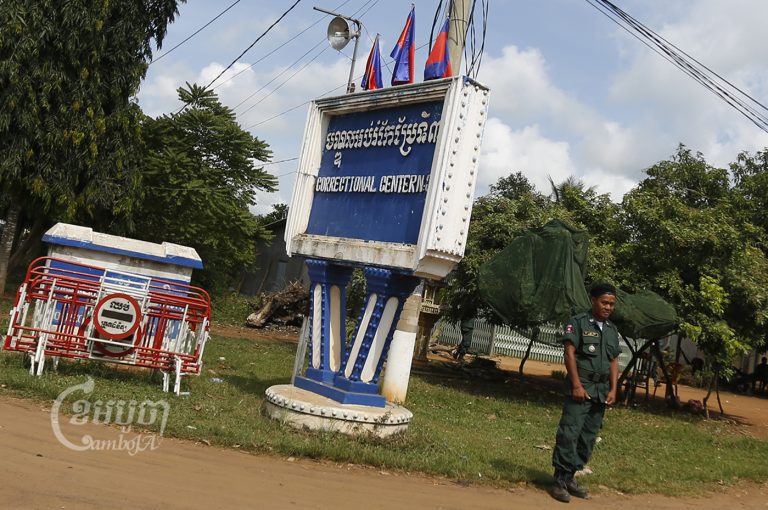