A coalition of seven opposition parties urged the government on Friday to move forward with wide-ranging election reforms or risk the credibility of next year’s national ballot.

The group pointed to numerous alleged problems with June’s commune elections — including credible allegations of intimidation, violence and legal harassment — and feared an already tense political environment would deteriorate without significant change.

The statement came as the vice president of the country’s largest opposition party battled two election-related lawsuits. Son Chhay, vice president of the Candlelight Party, was sued by the National Election Committee and the ruling CPP, which accused him of defamation for questioning the vote’s accuracy.

“Election-related criminal lawsuits are a bad development,” said Yeng Virak, president of the Grassroots Democratic Party, who appeared outside the Phnom Penh Municipal Court on Friday in support of Mr. Chhay. “Cambodia is already facing a political crisis. We do not want to see it deepen.”

The parties have demanded several measures aimed at ensuring fairer elections, including an end to threats and intimidation and the reopening of civic and political spaces. The list also included guarantees of a neutral NEC, transparent ballot counting, a simpler complaints process, and improved rules governing recounts.

Kong Monika, president of the Khmer Will Party, defended the comments that put Mr. Chhay in hot water and said the courts needed to stop silencing political speech, which was protected under the constitution.

“It’s a picture of restrictions on freedom of expression,” he said. “An NEC complaint against a politician should never happen because the NEC is an independent institution. It presents a terrible image for elections and democracy in Cambodia.”

Ou Chanrath, vice president of the Cambodian Reform Party, warned lawsuits like the two against Mr. Chhay had a significant chilling effect on free expression.

“The restriction on freedom of expression will have a huge impact on next year’s elections as politicians and political activists find it difficult to criticize the NEC and the ruling party,” he said.

Mr. Chhay, emerging from three hours of court questioning Friday, said he asked the court to dismiss the suit.

“It is an unnecessary complaint with no benefit at all,” he said. “My comments about the election were based on evidence. We received information from our activists in the provinces who said activities at the grassroots level were obstructed.”

Mr. Chhay was not the only one to highlight election irregularities. Other parties and civil society groups raised similar concerns, he said. Yet he was the only one to receive a summons.

“When it comes to vote-rigging, we have reports of closed-door polling stations, where we could not observe ballot counting,” he said. “We want to know the intention, and if there is no good explanation, it must have been to commit election fraud.”

Sok Eysan, a spokesperson for the CPP, denied harassing opponents with lawsuits, saying the party filed charges only against lawbreakers.

“If they want the lawsuits to stop, they must stop breaking the law,” he said.  “There is no freedom to defame others, and there is no law prohibiting lawsuits. It is our right, our dignity.” 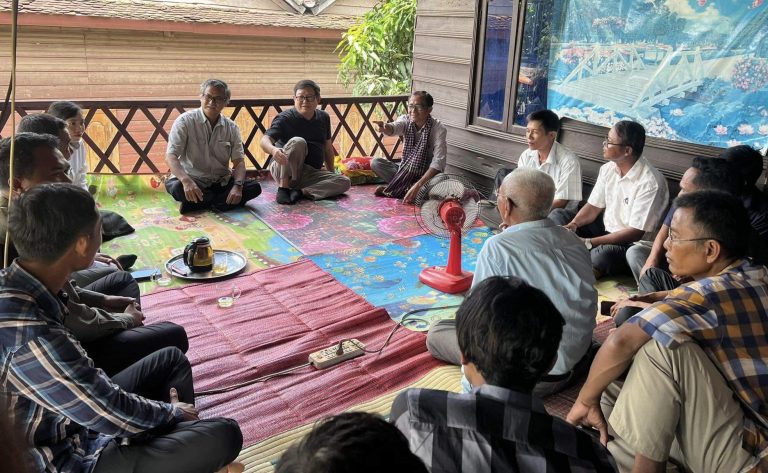