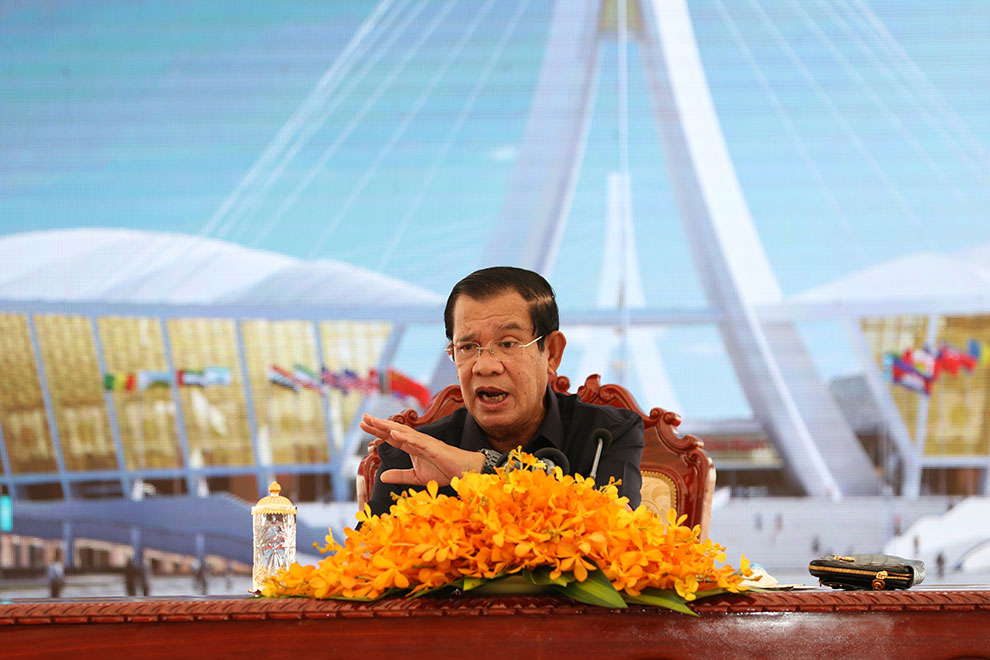 Prime Minister Hun Sen announced he would use $40 million this year to buy weapons from China to strengthen the capacity of Cambodia’s army. While presiding over a review of the construction of Morodok Techo Stadium Construction in Phnom Penh’s Chroy Changvar district on Monday, Hun Sen said the government would allocate $40 million to buy weapons from China, adding to a previous spend of $200 million as well as a further $90 million commitment in aid for arms promised by China this year.