Union representatives are urging an increase of $22.20 to the minimum wage for 2022, following renewed growth in exports of garment and footwear showing apparent recovery from the shocks of the pandemic on industry.

The raise brings the minimum wage requested by union representatives to $214.20. On September 7, unionists will make their case for the increase in the National Council Minimum Wage (NCMW), a three-party negotiation platform consisting of representatives from unions, the Ministry of Labour and the industry group Garment Manufacturers’ Association in Cambodia (GMAC).

Pav Sina, president of the Collective Union of Movement of Worker, said union working groups have found that workers now have a higher cost of living, due in part to inflation growth of 3 percent.

“What we have found is based on science and society [and] has followed the ministry’s criteria,” Sina told CamboJA.

While workers’ costs have increased, he added, the situation for exporting garment and footwear products has improved to the benefit of employers.

“It is necessary to show honesty from employers because we have to consider the difficulty [faced by] workers,” he said. “[They have] no time to rest but their salary is about $200.”

Last year, the National Council on Minimum Wage approved a $190 minimum wage for workers for 2021, marking no increase over the previous year. Unions had requested a raise of nearly $12, while employers asked for a cut of $17.

The government then decided to add a $2 raise, bringing the wage to $192 and stating it had to take into consideration the economic strain the pandemic had placed on the industry, with production materials in short supply and orders having dropped significantly.

“We think it is necessary to raise the minimum wage of workers,” he said. “There is better competition related to exporting garment and footwear, including beneficial [conditions for] employers.”

Saly said workers will get at least $200 per month in 2022 but said the pandemic has already had a major impact on workers’ livelihoods, including job losses.

According to July reporting from the Phnom Penh Post sourced to the General Department of Customs and Excise, Cambodia exported $4.72 billion worth of garments, footwear, travel products and other finished textile goods in the first six months of 2021, up 0.9 percent year-over-year.

Ken Loo, secretary-general of GMAC, didn’t answer whether employers will accept a minimum wage increase in the upcoming negotiations.

But Kaing Monika, GMAC deputy secretary-general, said demands for a greater than 11 percent increase by unions during an ongoing pandemic is absolutely not appropriate.

“It’s economically wrong and definitely scares off existing investors and potential investors,” he said via a messaging app.

“Review doesn’t necessarily mean increase. Review can be upward or downward depending on the social and economic situation under which there are seven criteria to be seriously considered,” he continued, speaking to the review of the minimum wage.

“There are other high costs which employers have to absorb to operate under this critical situation. We hope the union would be more sensible in their final decision/demand,” Monika said.

Heng Sour, Labor Ministry spokesman, could not be reached for comment. 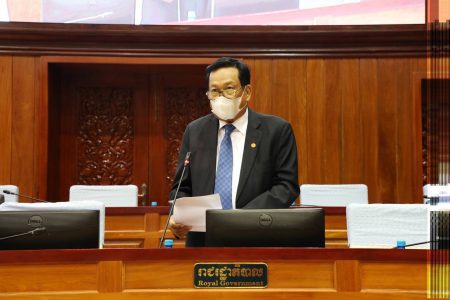 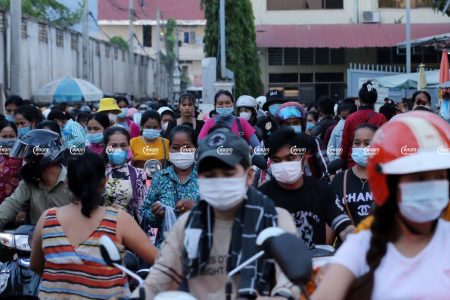 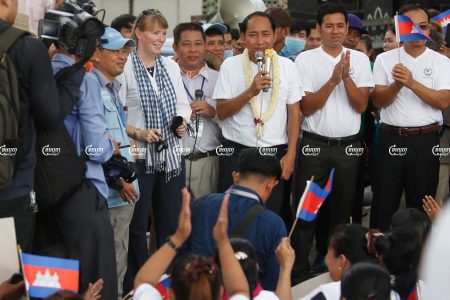