NagaCorp’s plan to build a resort town  – the Angkor Lake of Wonder – just outside the Angkor Archaeological Park in Siem Reap has been rejected, with the Ministry of Culture and Fine Arts ruling in line with recent warnings that the development could impact Angkor’s status as a World Heritage-listed site.

The government did not want a $350-million project that “seemed like Disneyland” near the most important cultural site in the country, an official said, after NagaCorp pitched the development at the recent meeting of the International Coordinating Committee for Angkor (ICC-Angkor).

“It impacts with environment and the heritage, so we do not allow,” Sum Map, secretary of state of Ministry of Culture and Fine Arts, told CamboJA. “The government’s stance is to protect the value of Angkor, so any project that impacts Angkor or the environment will not be allowed.”

NagaCorp, which secured a 50-year-lease on the proposed site about 500-meters from the protected Angkor park, made its proposal to the ICC-Angkor  – an international committee to protect Angkor, co-chaired by France and Japan – in January, according to a statement from the ministry this week.

UNESCO, which listed Angkor for preservation in 1992, issued a statement in February to raise concerns about the project affecting the site’s “outstanding universal value.”

The Angkor Lake of Wonder – with a water park, theme park, a Chinatown and two hotels – had been billed as Cambodia’s “twin tourism icons” alongside NagaWorld in Phnom Penh.

UNESCO said that it appreciated the government’s decision to block the development.

“UNESCO highly appreciates that the Cambodian authorities remain fully committed to the implementation of the World Heritage Convention and will ensure that the protection of the outstanding universal value of Angkor remains at the heart of the decision-making processes relating to the property and its surroundings,” a spokesperson told CamboJA.

“The Ad Hoc group of experts also appreciated the reassurance of the Royal Government to respect the ICC mechanism and the Operational Guidelines of the World Heritage Convention, when it comes to dealing with large-scale infrastructure projects, keeping in mind the balance between sustainable development and cultural conservation.”

Critics of the project had noted the strict conditions placed upon residents in the Angkor park, where people have been prevented from doing very basic upgrades or repairs of aging homes.

“I think that this decision shows that the government pays attention to risks related to world heritage,” said Mr Chey.

However, Sok Chanroeun, who lives in Slakram commune, the location of the proposed development, said that while she was not up to date with the Lake of Wonder plans, locals generally welcomed development.

“If there were many development projects, it could provide many jobs for our people,” Ms Chanroeun said. “However, I do not know details about this project, so it is based on the decision of the government.” 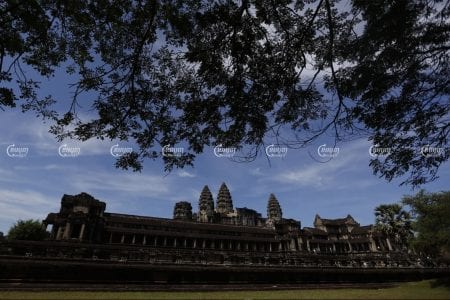