Five journalists from local independent media outlet VOD and four environmental activists from Khmer Thavarak were detained for about seven hours on Tuesday, after reporting on a land clearance controversy at a wildlife sanctuary.

The nine were arrested at about 11 am at Phnom Tamao Zoo, after authorities said they’d entered a prohibited area, and were taken to Bati district police station.

Takeo provincial police chief Chheang Phannara confirmed that the reporters and activists had been detained for questioning but said they had since been freed and declined to comment further.

But one environmental activist and a video reporter said they were handled violently during the arrest and punched by men who claimed they were from Prime Minister Hun Sen’s bodyguard unit.

Hun Vannak, an activist with youth group Khmer Thavarak, said that he was beaten up by a member of the bodyguard unit and arrested along with the VOD reporters – who were flying a drone to take pictures of the site which had been cleared and is now being replanted with trees.

“I refused to get into the car and he punched me in the face three times and jumped to kick my head,” Mr. Vannak told CamboJA after his release.

He said that his group had gone to submit a request at the provincial agriculture department to verify where land at the site had been cleared and also see the trees that were planted last week.

The group of reporters from VOD were also there flying the drone, he said, and then they all got arrested by men in civilian clothes who claimed they were from the bodyguard unit.

“It is intimidation, and they used violence,” Mr. Vannak said.

In January, the prime minister issued an order allowing four private companies to develop 1,500 hectares of land in the Phnom Tamao area. Subsequently some 600 hectares of forest land area were cleared.

However, after a public outcry, Hun Sen reversed his decision, halting all private company development projects on the land on August 7 and ordering the replanting of trees.

Mom Moniroth, a reporter from VOD who was also detained and released, said that his colleague, a video reporter, was slapped in the face.

“My cameraman was slapped in the face and some members of the youth group were also beaten by the bodyguard unit,” he said.

“They didn’t even ask what we were doing, they just reacted violently,” Mr. Moniroth said.  “It is a violation of reporters’ rights because they were only carrying out their work. We didn’t commit any offense but they came to intimidate us.”

“I think that it is unjust because what we are doing does not violate the law and reporters have rights of movement. There was no indication reporters were banned from accessing the site,” he added.

Moniroth said that he and his colleagues had gone there to report on the latest developments related to the replanting of trees after the Prime Minister reversed his decision.

“The arrests tarnish the government’s image, because they should allow professional reporters to work without fear,” Mr. Moniroth said.

Nop Vy, executive director of the Cambodian Journalists Alliance Association (CamboJA) said that the officers who carried out the detentions had violated the press law as well as the reporters’ human rights.

He added that local authorities still do not understand the roles and responsibilities of journalists, and often consider journalists the enemy.

“These detentions were another blow to freedom of the press, which is already restricted,” he said.

Am Sam Ath, operations director at rights group Licadho, said he believed that the authorities’ detention of the five VOD journalists had violated their rights as journalists and the public’s right to access to information.

In order to be transparent, the government should allow journalists to confirm whether replanting was taking place, he continued, noting that the Phnom Tamao issue has drawn a lot of criticism. 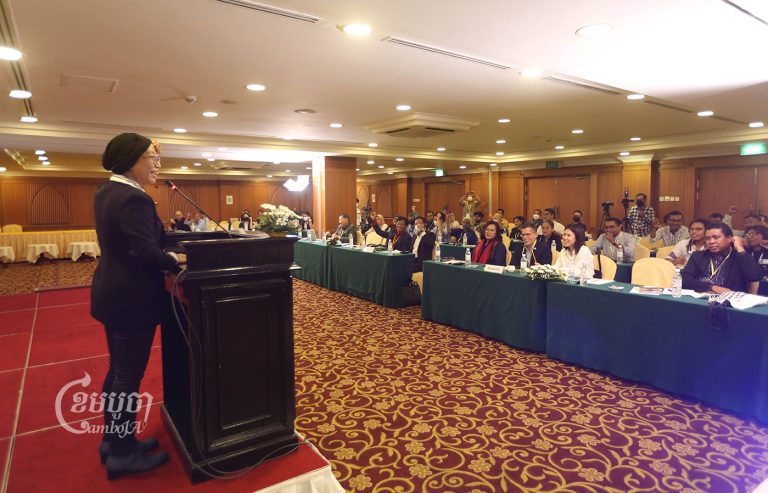 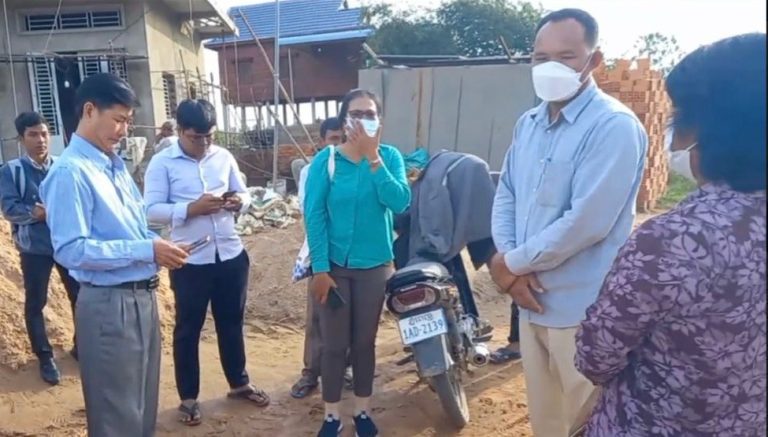