The Kampot Provincial Court has released on bail the couple who owned an under-construction building in Kep province that collapsed on Friday killing 36 people, including six children.

Ek Sarun, 65, and his wife, Chhiv Sothy, 61, were released on Monday evening and placed under court supervision, after guaranteeing 354 million riel, or about $88,500, for bail, the court said.

“The investigative judge decided bail them after they were charged with manslaughter and causing involuntary bodily harm,” said court spokesman Mann Boret on Tuesday.

The couple must cooperate with the court and police as required, he said.

“They were released on bail because the court does not think it will affect the investigation,” Boret said. “The court banned them from traveling outside the country.”

Boret added that the investigation was ongoing, with more people expected to be questioned in the coming days.

The Criminal Code defines manslaughter as causing the death of another person by negligence, recklessness or carelessness, or by breaching safety requirements or due diligence imposed by the law. The crime carries a jail sentence of one to three years.

Causing involuntary bodily harm is defined similarly, but applies to injuries, not death, and is punishable by six months to two years in jail.

Chin Lihov, 40; his wife, Heng Sreymach, 28; and their two sons, aged 13 and 10, were among those killed in the building collapse.

Lihov was working on the third floor, where his wife was cooking. Their children were playing on the ground floor, said Lihov’s sister Chin Sophalla, 37, who had talked to survivors about what happened on Friday afternoon when the building collapsed.

She said the building’s owners should not have been let out on bail. “I cannot accept the decision,” Sophalla said. “My brother and his family aren’t going to return.”

“Since the court decided to let them out of prison, maybe the court thinks this is just a normal case.”

Sophalla, who is from Prey Veng province, said that on behalf of the family of her late brother, his wife and their children, she would file a complaint against the owners of the building.

She added that she and relatives had held funeral for them on Monday. She had received some compensation — 10 million riel (about $2,500) for each deceased family member — but not yet the $50,000 promised by Prime Minister Hun Sen.

“So this seems to show something about who is considered innocent in society,” Phally said.

The court needed to thoroughly investigate the possibility of collusion between the owners, contractor and authorities in constructing a building that failed to meet standards, he added.

Meanwhile, Nuon Samneang Sathya, director of the Kep provincial referral hospital, said most of the 23 injured victims had now been released.

Kep provincial governor Ken Satha could not be reached for comment.

The government has received more than $2 million from donors including tycoons, government officials and philanthropists, according to a donor list publicized on Monday on local websites.

King Norodom Sihamoni and Queen Mother Norodom Monineath Sihanouk were listed as having donated $20,000 to the victims.

Envoys from Australia, China, Germany and the U.S. have been among those who have expressed their condolences over the loss of life in the Kep building collapse. 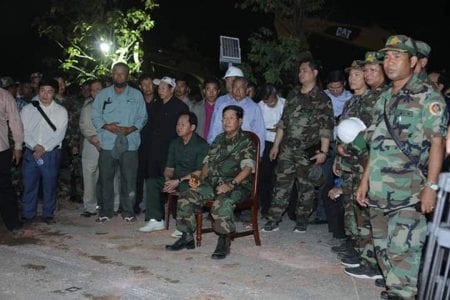 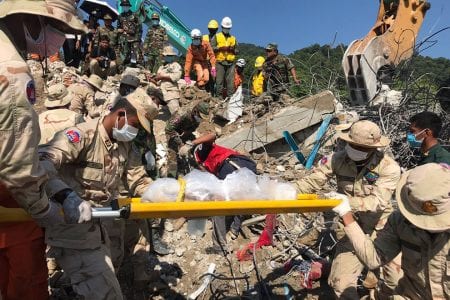 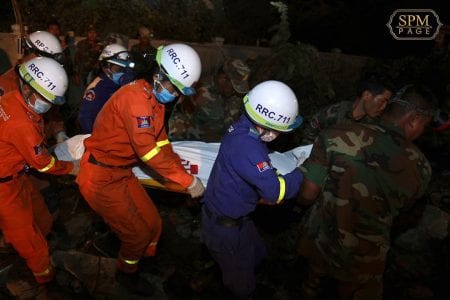 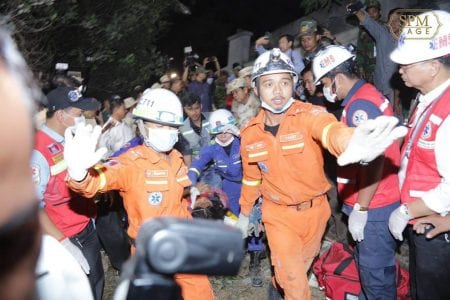