At least two people died in August after not receiving proper medical care at government-run Prey Speu Social Affairs Center, and evidence suggests more than 10 detainees have died since July, according to a Wednesday announcement from human rights NGO Licadho.

The center, which claims to provide vocational training and is managed by the Ministry of Social Affairs, Veterans and Youth Rehabilitation (MOSAVY), arbitrarily detains Phnom Penh’s most vulnerable citizens and denies basic rights and necessities such as medical care, Licadho stated.

“Each day Prey Speu remains open causes further abuses and the risk of more preventable deaths,” said Naly Pilorge, Licadho’s outreach director. “The government must permanently close this center, and put an end to this horrible and needless suffering.”

The man and woman who died in August fell seriously ill after arriving at the center and were then “left on the floor of detention rooms” before dying in view of other detainees, according to Licadho, which interviewed witnesses to both deaths.

But a witness at the pagoda which cremates bodies sent from Prey Speu said more than 10 detainees had died between July and August, Licadho said. The NGO noted it was unable to confirm the additional deaths due to the difficulty of accessing Prey Speu.

Licadho told CamboJA it could not provide further identifying information about the victims at the center or witnesses to their deaths in order to protect the witnesses’ and victims’ families confidentiality.

The series of deaths occurred during a surge in detentions at the center, where more than 400 people were detained as of August. Witnesses from inside the center told Licadho detainees faced overcrowding, food scarcity, beatings and lack of medical care.

“When people get sick, they should be in hospital and get medical care, they still have the same rights as everyone else and that is Prey Speu’s responsibility,” said Am Sam Ath, Licadho’s operations director.

Ministry of Social Affairs spokesperson Toch Channy denied Licadho’s characterization of the center as a site of arbitrary detention. He also denied allegations that anyone inside the center had died due to lack of medical care or faced beatings.

“This center is not the place to detain people, it’s just a place to receive homeless people from authorities for a short period,” Channy said.

“We have doctors standing by here when people get simple sicknesses like diarrhea, dizziness, or vomiting,” he added. “But when they have serious symptoms, we bring them to a state hospital like Khmer-Soviet Friendship hospital.”

Channy acknowledged there had been deaths in the center but would not say how many. Yet he claimed these individuals had been sick before arriving at the center.

“Those homeless people were sick before they came here, they lived outside facing the rain, so their health is not good and they get sick already,” he said.

Licadho’s Sam Ath said Prey Speu arbitrarily and illegally detained people because they never faced trial and were picked off from the streets by authorities without committing a crime.

“Detention is legal only when the court issues a prison order,” he said. Otherwise, “if the person is not willing to go and you force and detain them, that is called illegal detention.”

Since opening in 2004, Prey Speu has faced scrutiny from human rights organizations, including Amnesty International and the United Nations, for abuses of detainees, including forcible detention of children, sexual abuse and a series of previous unexplained deaths.

In a 2016 speech, Prime Minister Hun Sen appeared to call for the closure of Prey Speu center if there were no improvements but a spokesperson told the Phnom Penh Post at the time that the comment was only a suggestion.

City Hall spokesperson Met Meas Pheakdey could not be reached for comment.

“The history of abuses and deaths at Prey Speu is far too long, and is set to grow longer if the center is not shut for good,” Licadho stated. “Prey Speu must be closed.” 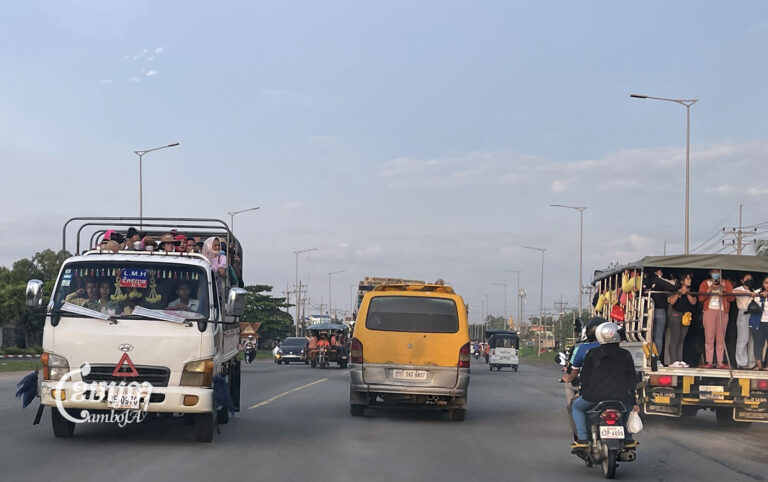