As fish disappear from rivers and lakes, fishers struggle with livelihoods

It is a desperate measure amid what he says is the worst scarcity of fish that locals in Chhnok Trou commune, in Kampong Chhnang province’s Boribor district, have experienced.

“It is miserable, but things are not good enough for the river people,” Sophal says about fishing through the night. “I need to go down to the water no matter how cold it may be.”

Sophal, 50, says he has six children in school. This year he is barely able to make ends meet; he estimates he is catching only a quarter as much fish as last year.

For about 20 km along the road to the Chhnok Trou commune hall, visitors can see the Tonle Sap filled with fishing boats bringing in their daily catch. But the fisherfolk aboard the boats echo Sophal’s struggles: Amid a changing climate, the construction of hydropower dams and a rise in illegal fishing methods, fish are disappearing from rivers and lakes across the country.

Sok Ngeal, 41, carries a basket of fish from his boat, a meager haul but one he says is better than nothing.

His family’s livelihood relies entirely on fishing, he says, so he needs whatever he can earn.

“The water is low this year,” Ngeal says. “But just catching a little bit is better than no fish.”

The situation is repeated in the Tonle Bassac river, which splits off from the Mekong in Phnom Penh. Downstream in Kandal province’s Sa’ang district, Heng Yet, 73, says her family can’t catch fish to eat, let alone to sell.

“The fish are gone,” Yet says. “In the past, my children put fishing nets [in the water] and got some fish for eating, but now we can’t find any.”

Khun Savoeun, undersecretary of state at the Ministry of Agriculture, Forestry and Fisheries, says fishing production across the country is down 15 percent for the year compared to 2018.

“It has really dropped,” Savoeun says. From January through October, the ministry has recorded a total haul of 49,625 tons, compared to 58,646 tons for the same period last year.

Savoeun pointed to two factors behind the drop: low water levels and an increase in illegal fishing, such as nets with smaller-than-allowed holes and electrocuting fish.

“The water this year is lower than last year by more than 3 meters,” he says. “It strongly impacts our fish.”

“The low level makes it hard for our fish to give birth, and hard for them to hatch, and difficult to get oxygen to breathe,” Savoeun says.

There is also greater competition among fishers as their catch dwindles, causing many to turn to illegal fishing methods that make the problem worse, he adds.

The ministry in November reported that for the first 11 months of the year, Cambodia exported 8,700 tons of fish, down significantly from 15,000 tons for the same period in 2018.

Lim Kimsor, an activist with environmental group Mother Nature, says that in Kandal, sand dredging is also contributing to the disappearance of fish.

“When they pump sand, it causes a loss of fish and biodiversity in the river,” Kimsor says.

Fish are sucked up by the machinery pumping up sand, killing them, she says. Weeds on river bottoms are also killed, destroying food sources and the ecosystem, she adds. Sand barges also discharge oil into the rivers, making the water toxic for fish, she says.

The Mekong is also under pressure from a series of hydropower dams — according to a University of Washington report, the river basin already has 315 dams across the six Mekong countries of China, Myanmar, Thailand, Laos, Cambodia and Vietnam. The report warns of widespread ecological damage from further dams under development.

“One dam alone — the Lower Sesan 2 dam in northeastern Cambodia, which opened in 2017 — is predicted to lead to the extinction of more than 50 species of fish and cause a 9 percent decline in fish supply,” the report says.

In Kampong Chhnang’s Chhnok Trou, Sophal, the father of six, says his family has been fishing the Tonle Sap for three generations and this is the worst it has been.

Barefoot in a hat and an old white T-shirt, Sophal, who also heads an association of fishers in the area, carries two bags of fish to a woman who weighs the catch to sell at the market.

The lake used to provide a good livelihood for his family, and his ancestors never had to deal with the environmental calamity currently underway, he says.

“We do not have any land to farm or grow on like people who live in different areas,” Sophal says. “My family is just like the other villagers living in Chhnok Trou: We have no other choice beside fishing.” 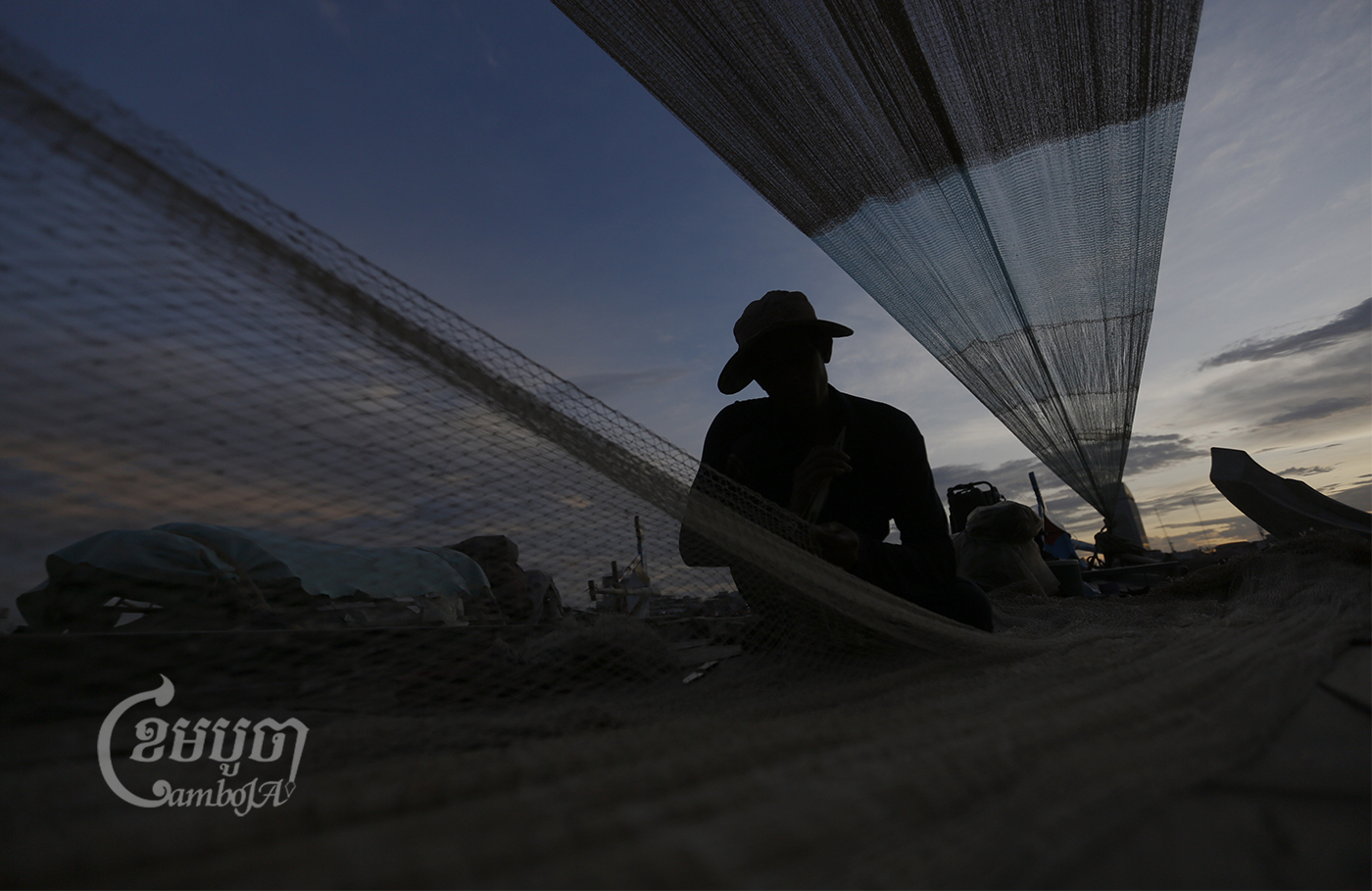