“Some parts of the village are covered by almost 2 meters of water and now the water level is not yet decreasing,” he said later Friday. “My family is now temporarily staying on a road nearby as our house is covered by a meter and a half of water.”

Long said the lowland area in Malai district’s O’Sralao commune often floods when it rains for multiple days in a row. It had rained in his village for the last two days, leaving 17 families stuck inside their stilted homes, with food and cookware swept away in the floodwaters and 7 hectares of cassava crops destroyed. Some of Long’s chickens and ducks died in the floods, he added.

“As of now, the rain has not downpoured yet. But if it were to continue that would cause more impacts to people living here as most of them are having financial difficulties,” he said.

Malai district governor Svay Chea told CamboJA that nearly 70 families in his district were impacted by flooding and 17 were evacuated. Officials were helping residents collect their washed-away property and providing food to those in need, he said.

In the past week, the northwestern provinces of Banteay Meanchey, Battambang, Oddar Meanchey and Siem Reap, as well as the central province of Kampong Thom, have been battered by rain and flooding that has killed 15 people nationwide, forced over 800 families to evacuate their homes and destroyed more than 20,000 hectares of rice crops, as of Sunday, according to a National Committee for Disaster Management report. More than 61,000 families’ homes have been damaged, the report said.

“If rain still comes due to Typhoon Noru, people who live in the provinces which have already been severely affected by the flooding will face more difficulties, including with access to food and shelter, and most important is their safety,” said Soth Kim Kolmony, disaster management committee spokesperson.

Noru made landfall in Vietnam early Wednesday morning, just south of the city of Da Nang, maintaining the equivalent of a Category 2 hurricane. Flooding damaged areas in Da Nang and Hoi An.

Mao Hak, spokesperson for the Ministry of Water Resources and Meteorology, said Cambodia’s rainy season was expected to continue until the middle of November.

Noru would cause heavy rains in provinces along the Mekong River, including Kratie, Stung Treng and Kampong Cham, as well as in Phnom Penh, in the next three to five days, the ministry said in a statement on Thursday. The Mekong’s water levels were expected to rise to 10 meters in Stung Treng, around 21 meters in Kratie, 14.3 meters in Kampong Cham and around 9.4 meters in Phnom Penh, and cause flooding in some areas, the ministry said.

As of Friday afternoon, the Mekong River Commission said there were no flood warnings at any of its Mekong monitoring sites.

In Siem Reap province, from September 17 to Wednesday, more than 25,000 families were affected by flooding, but only four were evacuated, according to a provincial administration report released Wednesday. Nearly 33,000 hectares of rice fields and over 4,600 hectares of cassava crops were damaged, it said.

“Yesterday, there was heavy rainfall for many consecutive hours. But today it has not yet rained and all seems fine.” 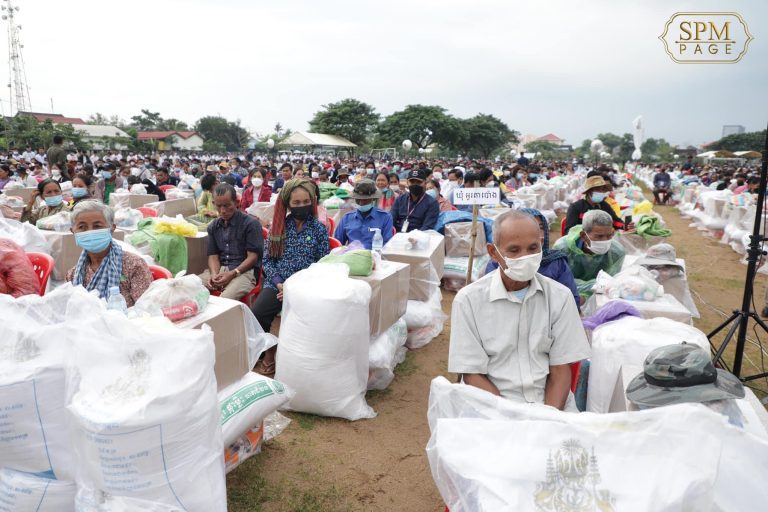 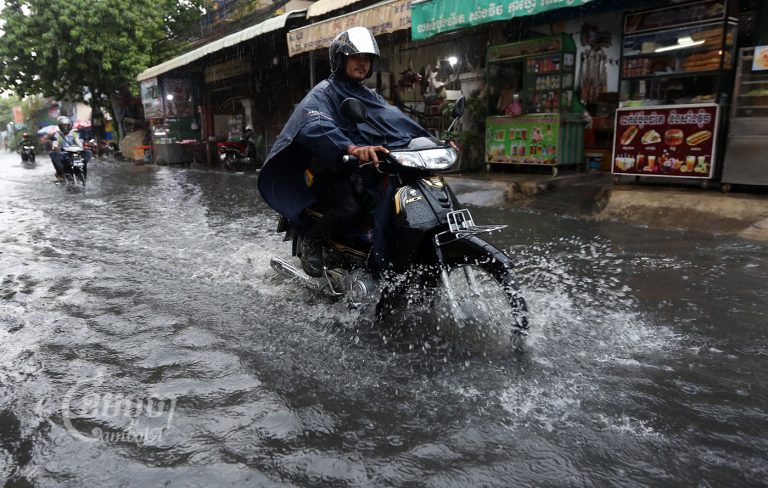 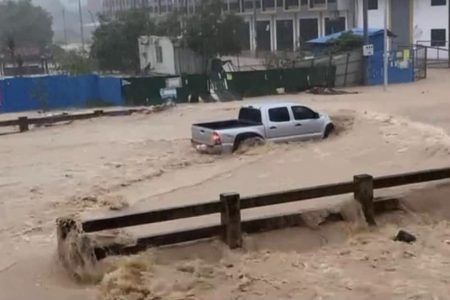