Cambodian state secondary schools will offer Chinese language classes in a pilot program announced as one of 18 bilateral agreements signed Wednesday between Prime Minister Hun Sen and Chinese Premier Li Keqiang in Phnom Penh on the eve of the Asean summit.

The agreements came with 200 million yuan ($27.5 million) in funding from China marked for a range of infrastructure projects and initiatives, according to a post on Hun Sen’s Facebook page Wednesday evening and outlined on government-aligned news outlet Fresh News.

Soveacha said he could not provide details of when the program would begin, whether the Chinese government would contribute funding for the language classes or if the main Chinese dialect of Mandarin would be taught. He said the details would be worked out through a forthcoming Ministry of Education commission.

“This memorandum of understanding aims to promote people-to-people exchanges and strengthen friendship between the Kingdom of Cambodia and the People’s Republic of China,” Soveacha said.

Cambodian academics and analysts welcomed the addition of the Chinese language program, saying it would increase economic opportunities for students, but noted it was another sign of China’s growing soft power in Cambodia.

“China has already influenced Cambodia as cultural and political foreign affairs and when there is a Chinese language program it will expand more of Chinese’s influence on [Cambodian] culture,” said political analyst Em Sovannara.

“The value of being educated in two languages is very important and a priority of general daily livelihood,” Manara said. “When we have learned more languages, we will get more income.”

Some Cambodian nationalists have claimed Cambodian culture and literature is threatened by the inclusion of foreign language classes in the education system. One group of nationalist youth filed a petition in August to remove the Vietnamese from the Royal University of Phnom Penh’s Institute of Foreign Languages. One of these petitioners, Oum Chhom, said he believed the addition of Chinese in public secondary schools was also “not good for Cambodia.”

Outside Cambodia, the U.S. government has attempted to halt the spread of Beijing-supported Confucius Institutes, which offer Chinese language training, but are seen by critics as advancing Chinese Communist Party propaganda.

But Kin Phea, director-general of the Royal Academy of Cambodia’s International Relations Institute, said raising alarm over the addition of Chinese language learning opportunities was narrow minded. Cambodian public schools already ask students to choose between English and French as a mandatory language requirement, he noted. 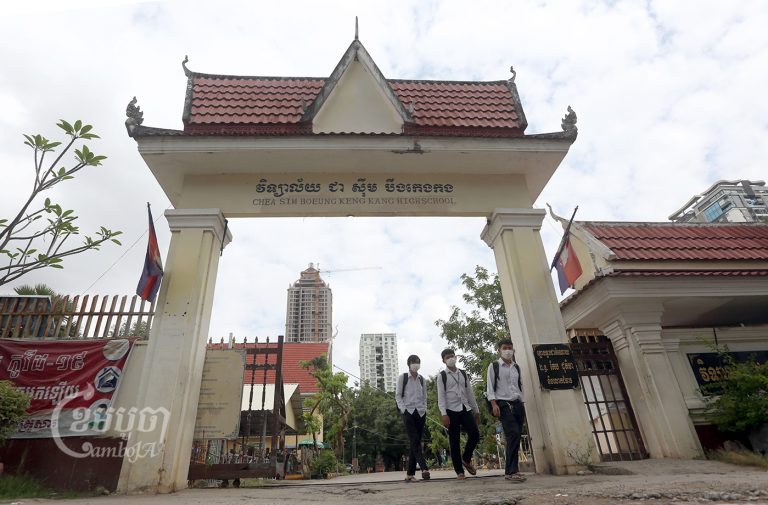