Kampong Chhnang Province: The ongoing state campaign to reclaim from private hands thousands of hectares of protected flooded forest lands along the Tonle Sap lake may affect “thousands” of families who have farmed in the area since before it was deemed a conservation zone, says a local rights group.

Just in the Samraong Sen village of Kampong Chhnang province, the local commune chief reports 450 families are now facing the loss of lands that villagers say they’ve cultivated for decades. Residents say local officials told them in early December to abandon the land in Kampong Leng district by the end of the year with no conditions, or else face legal action.

For many, that will be a difficult loss to bear.

Yin Chea, 51, told CamboJA that he’d previously cultivated rice on five hectares of the flooded forest lands near the village every year.  Chea said local people have come to rely mostly on farming since the fishing hauls had steadily decreased over the years. He said he’d recently borrowed $10,000 to build a new house, and worried that now he won’t be able to pay off his debt without continued cultivation.

“If we are not allowed to farm on the land, we will not be able to pay back the loan and the bank will confiscate our house because we have nothing to pay them,” Chea said. “If we cannot even feed ourselves, how can we have money to pay the bank?”

Villagers said they have agreed to hand over land to the state hoping the government will leave them part of flooded forestland to continue farming. Locals denied any encroachment of the forests, saying the land had been in use since their parents’ time.

Chey Chan, the commune chief of Samraong Sen, said villagers have farmed on the flooded forest land since about 1982, not long after the fall of the Khmer Rouge regime.

“Before, people never thought that they were living in the protected flooded forest land; we just knew that after fishing, people did farming,” he said.

Echoing Chea, the commune chief said fishing had gotten progressively worse over the years, leading more locals to turn to rice cultivation. However, Chan acknowledged that some people had expanded the commune’s farmland in 2012 by cutting down forested areas, though he said that clearing was never stopped by the authorities.

The Tonle Sap lake borders six provinces. It expands and contracts in a cycle, with water flowing in from the Mekong — via the reversal of the Tonle Sap River — at the start of the rainy season, and out again at the season’s end. People around the lake typically find the dry rice cultivation season to last from mid-December until April.

But on November 28, Prime Minister Hun Sen ordered a crackdown on persistent encroachment into the Tonle Sap lake’s flooded forest lands after receiving a report that tens of thousands of hectares had been illegally seized for private use.

The prime minister had been told of the land grabs by Sok Touch, president of the Royal Academy of Cambodia. Touch said the authorities have harmed people who just occupied a few hectares, while the rich and powerful have laid claim to hundreds of hectares of land.

“Authorities must educate people about the benefits of preventing [loss of] flooded forest land, because people do not understand about this,” Touch said.

The government has classified the Tonle Sap Lake region into three general zones. Those are laid out between Region 1, a residential district, Region 2, for agricultural cultivation, and Region 3, which is set aside for conservation.

After the prime minister’s order in November, a working group led by land management minister Chea Sophara and joined by the ministries of agriculture and environment, as well as the military police and the Anti-Corruption Unit (ACU), have launched a large-scale investigation into deforestation along the lake. Though seasonal floods aren’t as pronounced today as in years past, the flooded forest ecosystem has been an important part of the Tonle Sap, creating seasonal breeding grounds for fish and other aquatic animals among the inundated trees. However, in many places, the flooded forest lands are that in name only – the trees have long since been cleared and replaced with rice paddies.

The push to investigate encroachment of these forests quickly yielded results. A month after the formation of the working group, two Kampong Chhnang police officials who had been found to have claimed hundreds of hectares of flooded forest land in the province were questioned by the ACU and charged with violations of laws related to fisheries, anti-corruption and money laundering. Criminal cases against the men began December 19 in the Phnom Penh Municipal Court.

Other officials have been accused of mass land grabs within the officially protected flooded forest area, though it has not been clear how further criminal investigations may be carried out.

Former Kampong Chhnang governor Chhuor Chandoeun had reportedly claimed 2,000 hectares of flooded forestland, but has yet been questioned by the ACU.

When a reporter asked ACU president Om Yinteang how many more officials are currently being investigated for land claims in the flooded forests, Yinteang refused to comment, saying he had no answer.

In light of reports of large-scale land grabs by high-level officials, farmers along the lake are now wondering what might become of them.

Lim Rany, a 34-year-old from Kampong Thom province, said she had been renting about 40 hectares of farmland to grow rice for the past four years. She said she’d rented the land from Sum Socheat, one of the two Kampong Chhnang officials now being charged in the Phnom Penh court.

“I did not know he was arrested, and I just heard that he occupied more than 600 hectares,” he said. “I didn’t know this was the flooded forest land because it had already been cleared.”

Rany has been allowed to complete her harvest this season, as she had already started before the government’s ban on cultivation in the protected zone. But now as the future use of the land is in question, her investments in the rented hectares seem to be due for a loss.

“We still cannot pay back our loan even after harvesting the rice crop for this season because we borrowed a lot of money to buy agricultural equipment,” she said.

Rany is far from alone in that. Kampong Chhnang provincial governor Sun Sovannarith told CamboJA more than 7,000 people have volunteered so far to hand over their farmland to the state, amounting to more than 30,000 hectares.

“We are already aware of people’s suggestions to further farm on the land but in this movement, we need people to cooperate with authorities to collect data first,” he said. “We will wait for a new plan decided by the government if they are allowed to continue to farm, but I don’t know yet.”

Sovannarith said in Kampong Chhnang alone, there are a total of 70,000 hectares of flooded forest included in the Region 3 conservation zone.

The amount of people likely to be affected by the land handover requires clear policies to avoid social impacts, said Sam Chankea, the coordinator for rights group Adhoc in Kampong Chhnang province.

“Those who have farmed before the region was defined as a protected area should be allowed to continue farming because it will affect thousands of families,” he said, though he insisted the government should punish public officials who used their power to encroach upon thousands of hectares of state land.

Whatever happens to officials accused of corruption, local farmers are hoping to keep some access to the land they’ve come to depend on.

Chhin Chhun, a resident of Samraong Sen, told CamboJA his family has cultivated rice in the forest area since 1982. Chhun said he’d borrowed $5,000 to build a new house and support his children’s studying.

“We do not oppose the government’s measure to protect the flooded forestland, but the government should allocate some land for people because we have farmed the land for a long time,” he said. “When we are not allowed to farm, it will seriously affect the people’s livelihood, we will have no rice to eat as we cannot rely on fisheries alone.” 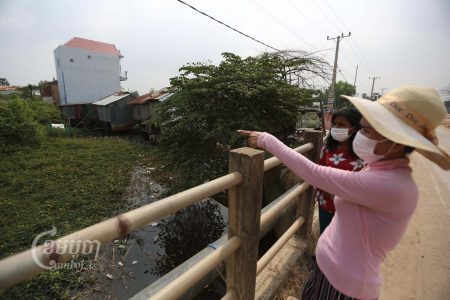 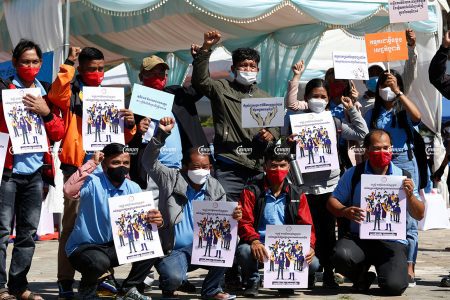