The Cambodian government announced on Thursday that it had alleviated any threat of COVID-19 community transmission after more than 1,500 people were directly or indirectly exposed to a visiting Hungarian minister who tested positive for disease.

A Healthy Ministry statement released Thursday morning said that 1,422 people had tested negative for COVID-19 on Wednesday after four rounds of testing, likely ending a health scare that threatened to increase Cambodia’s low case count. The country has so far recorded 304 cases, with 13 active cases.

“This is a good result for Cambodia that the ‘November 3 event’ is closed following the speech of Samdech Techo [Hun Sen] on November 18,” the statement said.

The Cambodian government has been referring to Hungarian minister Peter Szijjarto’s November 3 state visit as the “November 3 event” in order to prevent any diplomatic issues between the two countries. The minister held a number of meetings and met numerous high-ranking officials during a day-long visit to open the Hungarian Embassy office in Phnom Penh.

The Health Ministry said museums and cinemas were allowed to reopen and the Education Ministry was permitting schools to open on Monday. Both ministries urged establishments to continue to follow COVID-19 health requirements.

The Health Ministry statement reported that there were only four positive cases related to the outbreak, and that three of the patients were still being treated for COVID-19. The four people were a Cambodian bodyguard in the Hungarian minister’s security detail, a CPP lawmaker, an Agriculture Ministry official and the Hungarian ambassador to Cambodia.

Prime Minister Hun Sen posted on Facebook Wednesday night that he, First Lady Bun Rany and their staff had all tested negative after the fourth round of testing. He said he would resume his regular work schedule starting Thursday, but was still staying away from his children and grandchildren.

“The results of the fourth and final test were very good for me and my wife, as well as the people who lived with me, who were all negative for COVID-19. There is no serious [threat of] infections,” said Hun Sen.

The prime minister was seen playing a round of golf Thursday morning, posting an apology to the Cambodian public for golfing during work hours. He said the “November 3 event” would officially end after quarantine requirements in all provinces ended.

His post included that 1,802 people had been tested across Phnom Penh and 10 provinces, with 1,569 contacts traced in the capital itself. Around 30 people in Preah Vihear and Ratankkiri provinces would be the last to finish quarantine on November 25, according to the post.

“On the other hand, the fight with COVID-19 remains a priority of all our work,” he said in the Facebook post.

Or Vandine, a Health Ministry secretary of state, said the three remaining patients were in good health and being treated at the Khmer-Soviet Friendship Hospital.

She added that even though the closures had been revoked, it was critical that people maintained personal hygiene and social distancing norms.

“Even though the ‘November 3 event’ has been closed we need to pay attention to our Health Ministry’s advice to wear masks, wash hands with soap or alcohol and keep social distance,” said Vandine.

Education Minister Hang Chuon Naron took to the ministry’s Facebook page to announce that all private and public schools in Phnom Penh and Kandal province will reopen next week, again reinforcing sanitation standards required of each school.

“If any school believes that they do not have [adequate] sanitation against the virus, they needed to spray [the school] with chemical sprays before allowing students to attend class,” Chuon Naron said.

Schools in Phnom Penh and Kandal had to be closed after some parents attended one of the events with Minister Peter Szijjarto. A number of government officials were also chastised by Hun Sen for not getting tested or for traveling to the provinces despite being required to self-isolate.

In one such case, a working group, led by Hun Sen aide Duong Dara, visited Ream commune in Preah Sihanouk province to investigate a land dispute. Hun Sen was also unhappy with spouses of government officials who, he said, were attending parties despite being asked to stay home.

“I am very excited this afternoon after receiving the news from the Ministry of Health that the results of our fourth test this morning was negative for the COVID-19 virus,” he posted on the social media platform.

Sakhon was in the province meeting with farmers when he was informed by the Health Ministry that the Hungarian minister has tested positive.

A local journalist, who wanted to be identified as Vuthy, said he and three other journalists had interviewed and posed for a photograph with the visiting dignitary

He said he had tested negative as well and was relieved that his family had not been infected because of him. The journalist was reluctant to give his full name because he wasn’t authorized to speak to the media.

“I met with my wife and my children and we had Chinese noodles together this morning,” Vuthy said. “I am very happy after I got negative results for my final test.”

He added that it was a stressful experience trying to stay as far from his family in the house and was reluctant to come in contact with them, even if it was to ask for a snack. 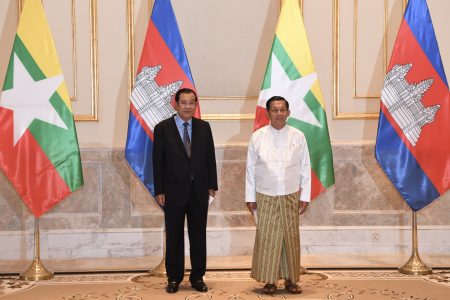 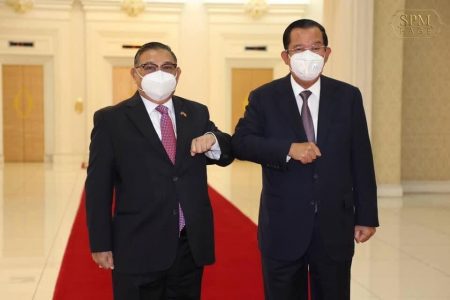 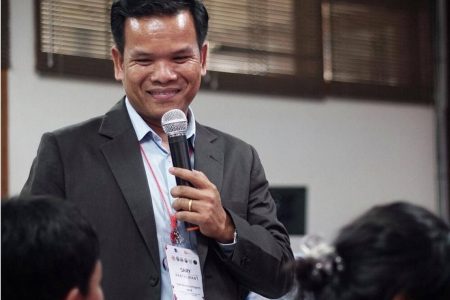