A Phnom Penh judge on Thursday said witness questioning in the nearly three-year treason trial of Kem Sokha was finished, while Sokha’s lawyers argued representatives of foreign organizations accused in the alleged “color revolution” plot should be summoned.

Sokha, the former president of the outlawed opposition CNRP, was arrested in 2017 following government statements about an alleged conspiracy to overthrow the government, purportedly perpetrated by the CNRP with foreign support. The CNRP was dissolved by the Supreme Court two months later.

On Thursday, Sao said the court had summoned 27 witnesses in total but heard testimony from less than 10, since other witnesses’ testimony was not necessary and some had been questioned earlier in the court proceedings by the investigating judge.

Defense lawyer Meng Sopheary expressed dissatisfaction with the court not having summoned more witnesses to testify, especially police officers who raided Sokha’s house and arrested him in the middle of the night in September 2017, as well as representatives from Serbia-based Centre for Applied Nonviolent Action and Strategies, or Canvas, U.S.-funded nonprofit International Republican Institute and the U.S. Agency for International Development.

“The court should summon Canvas representatives, IRI as well as USAID to testify because the court has accused them of carrying out a color revolution,” Sopheary said.

“The court has finished [questioning witnesses],” Sao replied. “It has enough witnesses’ testimony and there is no need to summon more.”

Earlier during the hearing, Sokha’s lawyers argued that a prosecutor had intimidated testifying witnesses by telling them that those who lied under oath in court may be jailed.

While continuing questioning of activists who had attended a 2016 training for CNRP officials and activists in Indonesia, which was supported by Canvas, deputy prosecutor Chhay Hong told environmental activist Ma Chettra and ex-CNRP youth activist Khoeun Virath that they faced prison if they provided false testimony to the court.

“Witnesses have to state what they have heard and seen. If they give false testimony, they will face from two to five years in prison when the court has found it out,” Hong said.

Under the Criminal Code, providing false testimony under oath is punishable by two to five years in prison and a fine of 4 million to 10 million riel ($1,000 to $2,500). Intimidating a witness carries the same penalties, with possible prison sentences increased to five to 10 years if the act of intimidation is successful in persuading a witness to make a false statement or not to make a statement.

Hong then asked Chettra about the Canvas training, taking a mocking tone and suggesting that the course being conducted in Khmer and English made it nefarious.

“Why did you have a translator if the lesson was in Khmer?” Hong yelled.

“You yell at me, how can I answer?” Chettra replied.

Hong said Canvas was an organization that trained people to conduct “color revolutions” and asked Chettra to respond.

“I don’t know,” the activist replied. Chettra also said he had never seen the Canvas training slideshow about nonviolent political advocacy strategies that the prosecution has shown in court.

“We were trained on the electoral process, electoral monitoring and voter registration,” Chettra said.

On Wednesday, another witness who had attended the 2016 training, Keo Srey Neang, also said it focused on elections.

In addition, Virath, the former CNRP activist, said the Canvas training did not instruct participants to overthrow the government.

Sokha’s lawyers raised an objection over the prosecutor’s loud voice and aggressive questioning.

“It was threatening and intimidating,” attorney Pheng Heng said.

Another defense lawyer, Chan Chen, asked Chettra whether he feared prosecutor Hong’s tone. Chettra said he was a little afraid.

Judge Sao, however, said the witnesses were not being intimidated since what the prosecutor said about lying under oath was stipulated in the law.

“When we give false testimony or lie, it will lead a judge to make a wrong judgment,” Sao added.

The trial is scheduled to resume on Wednesday. 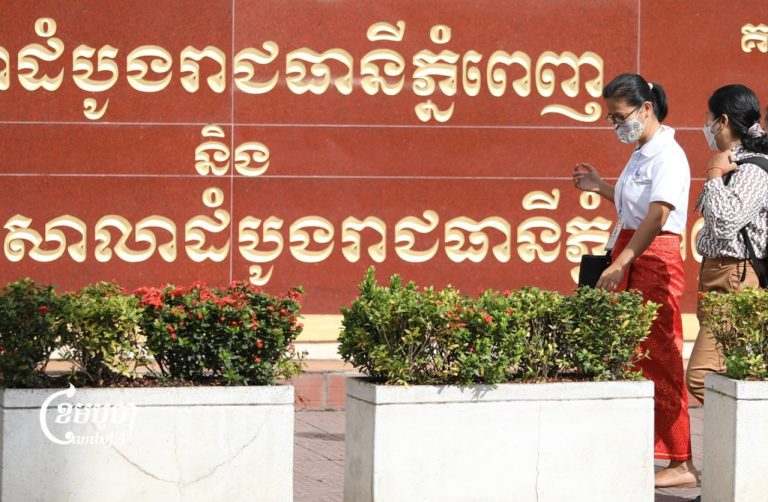 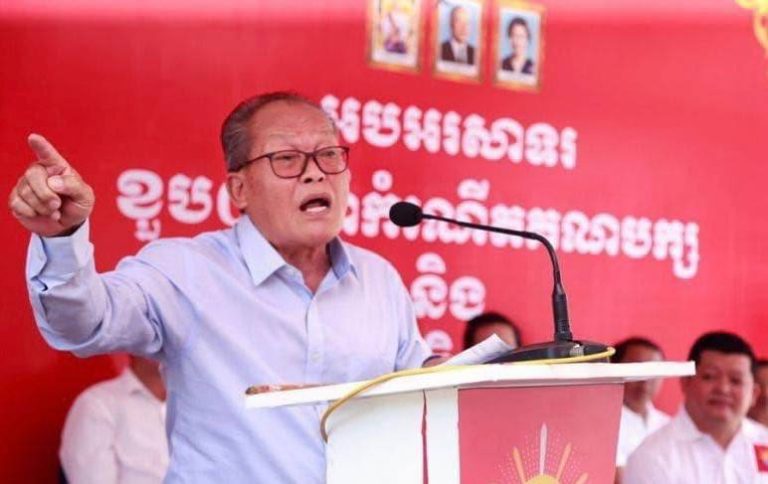