Five minor political parties and a close aide of Kem Sokha met with U.S. Ambassador W. Patrick Murphy this week, where they shared their concerns about Cambodia’s democratic backslide.

The five minor parties represent 13 percent of the total vote share from the 2018 national elections and zero parliamentary seats in a Cambodian People’s Party-controlled Senate and National Assembly. The CNRP was dissolved in 2017 and it did not participate in the 2018 election.

Mam Sonando, who heads the Beehive Social Democratic Party, said he informed Ambassador Murphy about the CPP’s control over all three branches of government, especially the judiciary, which, he said, affected its independence.

“If we cannot ensure independence of the courts, the problems will continue to happen as before because the [courts] are the same group as [the CPP],” he said.

Sonando also queried the ambassador about the United States’ intentions to pressure Cambodia, through economic measures, to correct its democratic withdrawal.

Yeng Virak, president of Grassroots Democratic Party, which has been pegged to succeed the CNRP, said he conveyed the concerns of Cambodian citizens about the country’s human rights situation, and reiterated the party’s attempts to have a multi-party system as enshrined in the Constitution.

“The democratic process is up and down and is not carried out smoothly,” Virak said.

E Sangleng, vice president of the League for Democracy Party, said the country did not have a genuine democracy and human rights were not respected.

“Democracy means people have power but in fact in Cambodia, people have no power,” he said, adding that all power was concentrated with Prime Minister Hun Sen.

Chad Roedemeier, an embassy spokesperson, said the United States encouraged democracy and respect for human rights, which were central to the country’s foreign policy in Cambodia and around the world.

“We do not support any particular group or individual; we support the Cambodian people and their constitutional right to democracy and fundamental freedoms,” he said.

“I would like to say that if Cambodia has backtracked on its democracy, it wouldn’t have political stability and peace right now,” he said. “There is no decline in democracy and no abuse of human rights in general.”

Pa Chanroeun, president of the Cambodian Institute for Democracy, said the only way to correct the political environment was to include the CNRP in some form of reconciliation, because the small parties had no electoral power to unseat the CPP.

“If there is no big political settlement with the [CNRP], I think the current minor political parties are not strong enough to get the public’s trust like the [dissolved] opposition party,” Chanroeun said. 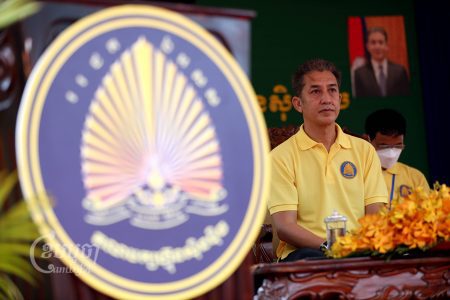 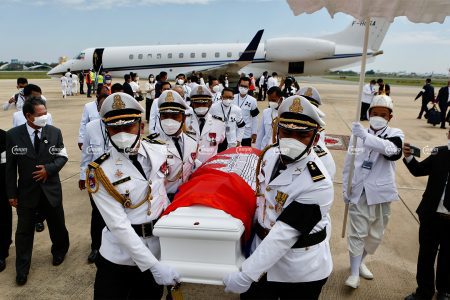 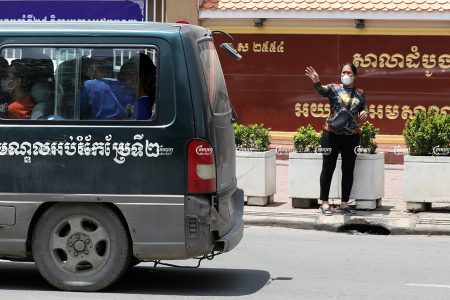