Newly appointed Minister of Agriculture Dith Tina acknowledged the difficulty of addressing the agriculture sector’s long-standing challenges and warned potential critics of his ministry he was willing to take legal action against them, in a press conference on Monday.

While informing the assembled press that he was open to receiving constructive feedback, Tina noted public criticism against him could be met with legal action if he believed it was defamatory of him or his ministry.

“I would accept criticisms based on…fact, and I will respond with an explanation,” he said. “However, I reserve the right [to file a] defamation case, even if it was not directly insulting me. If it damages the institution’s dignity, we will consider [legal action].”

Tina also highlighted what he saw as the biggest issues within the agriculture sector, such as expanding markets for oversaturated products like mango and cassava, reducing farmers’ production costs and mitigating the impacts of deforestation and flooding.

“These are the difficult issues because if the issues were easy to address, they might not have continued so long,” Tina said. “These are deeply rooted issues for which we have no quick solution, so we need to have a clear plan to do so in the future.”

Theng Savoeun, president of the Coalition of Cambodian Farmer Community, said the agriculture sector’s issues will require sustained commitment from the new minister and cannot be solved quickly.

He recommended the minister boost local processing for farmers and create a more favorable environment for investors, which could include strengthening respect for human rights to help Cambodian agricultural products reach more international markets.

Cassava farmer Yan Thach said high production costs and severe weather were a significant issue for her. She told CamboJA her crops in Kampong Thom province were damaged last year by heavy rainfall, slashing the annual yield of her five hectare field from 25 tons to 10 tons. The cost of fertilizer is still increasing while the price of cassava has decreased, she added.

“This year, I lost a lot because the fertilizer is too expensive while the price [of cassava] is low,” she said. “We need a higher price, or I may give up the crop.”

Tina did not share specific policies for how he planned to address the issues he highlighted in his press conference, which paralleled the struggles of farmers like Thach and some of the recommendations by industry experts like Savoeun.

Tina, who holds degrees in mining engineering and physics from French universities, admitted he had no prior background in the agriculture sector but said he would do his best to learn on the job.

“I always work in various sectors which do not involve my [skill],” Tina said. “That’s why I can work with all kinds of people and even though this sector is new for me, I think that I can learn it.”

The CPP-controlled National Assembly unanimously approved Tina’s appointment last Friday, less than a week after Veng Sakhon was removed from the position. Sakhon was later made a delegate to Prime Minister Hun Sen.

Cooperation within the ministry and across the agricultural sector would be key to boosting the agriculture industry, Tina said. Economic policies should guide the ministry rather than a focus on solely increasing production capacity, he added.

“Now, we are relying on the economy-based market,” he said. “We cannot rely on production only. So, we need participation [across the sector] and not only the minister working alone.” 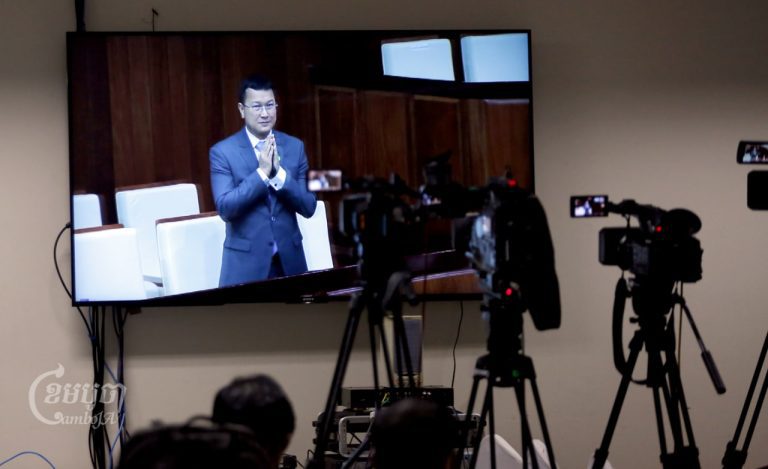 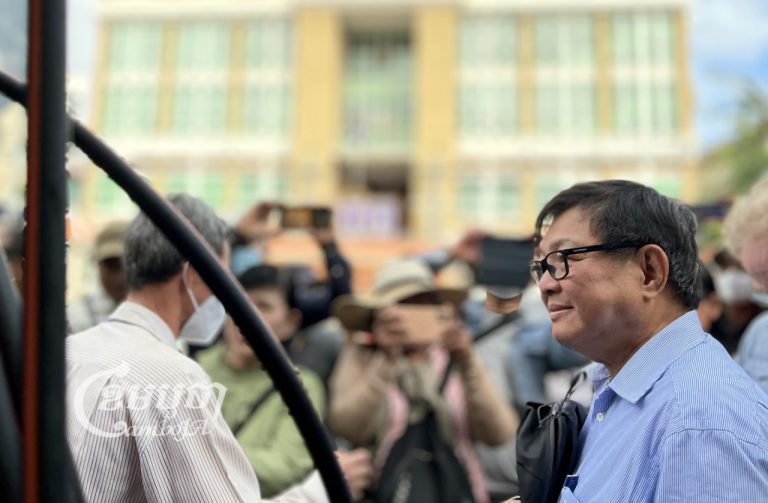