An RCAF major general was arrested Thursday, along with six others, for unlawfully transporting people out of Phnom Penh and between provinces in violation of travel bans aimed at slowing the spread of COVID-19. In a separate case, four taxi drivers were arrested for transporting dozens of foreigners from Phnom Penh to Preah Sihanouk, and police say cases are continuing across the country.

“The two star general [Sum Pov] case is being prepared for sending to the court,” Khorn said. He declined to elaborate on the case, but said 28 Chinese nationals are now in government quarantine.

On Friday, the King stripped Pov of his rank and fired him, after a request from Prime Minister Hun Sen. Hun Sen has called on the courts to make an example of high ranking officials caught breaking anti-COVID-19 measures, last week firing a two-star National Police general for organizing a drinking party in his Phnom Penh home.

“The unit paved the way for police to take legal action against [Sum Pov], because a mission letter was issued to him for fulfilling necessary duty, and not for unlawfully transporting people,” Solimo said.

He said that Pov had a role as deputy chief of the military strategic research team of the General Command and had a travel document allowing him to move between provinces, which he used for illegally moving people.

“We will strengthen measures for monitoring,” he said. “But I can’t tell a journalist because it is police duty and my profession,”

Kim Khoeun said he did not know the number of total cases nationwide. But unlawful transportation cases have been reported at least in Kampot, Svay Rieng, Kep, Ratanakiri, and Kompong Speu provinces since April 7, when the government implemented an inter-province travel ban.

“Two drivers have been placed into pre-trial detention and charged with obstruction of the implementation measure in Article 11 of Law on COVID-19,” he said.

All the foreigners, he said, were sent to the General Immigration Department.

In a separate case, Mao Chanmathurith, Kampot provincial police chief, said that the court placed into pre-trial detention 14 Chinese nationals accused of violating the anti-COVID-19 measures by attempting to travel to Phnom Penh.

“We have cracked down four cases [transporting people], and all suspects have been sent to prison,” he said, though he did not elaborate on the charges.

Since the lockdown of Phnom Penh began on April 15, 240 people have been detained in the capital, but only 11 were sent to court. The rest were permitted to return home after being educated, while 213 were also fined, according to Phnom Penh Municipal police spokesman San Sok Seiha.

The 11 sent to court had all been violating the rules against gathering and drinking during the lockdown.

Last week, Prime Minister Hun Sen urged the justice minister to penalize those who break measures and laws related to containing COVID-19. The prime minister suggested an expedited enforcement timeline would be appropriate in these cases.

“I request Justice Minister Koeut Rith to cooperate with the court to punish people who [break] quarantine to abuse the law,” Hun Sen said. “Arrest [the suspect] tonight, could be sentenced tomorrow.”

Ny Sokha, head of the human rights and land rights section at ADHOC, said that some high-ranking officials, who have access to resources and travel passes, were taking advantage of the ban to undertake likely lucrative smuggling runs.

“It is rarely seen that a common person can commit [smuggling], they have only high-ranking officials using their power to commit those acts,” he said. “We are worried that if there is a person who has power to commit that activity, the government measure has no effect,” he said.

He called for the courts to make an example of the arrested officials by giving harsh sentences, in light of them using their role to violate measures aimed at stopping the spread of COVID-19.

Am Sam Ath, deputy director at rights group Licadho, echoed Sokha and said he welcomed the legal action directed against high-ranking officials, who would be offering a tempting income source to drivers and others.

“We are worried because during lockdown, there is decline in family incomes, so some people take risks transporting people,” across provinces, he said.

Chu Bun Eng, vice-chair of the National Committee for Counter Trafficking of Cambodia, said that the government has paid attention to preventing human trafficking, even as Cambodia is facing a COVID-19 outbreak.

In the latest cases, she said, “there are elements of human smuggling because they have transported people across administrative areas where they have banned border-crossings by provinces.”

“They took money in exchange to unlawfully transport them [violating the COVID-19 measures], and impacting public welfare,” Bun Eng said. However, she said it can’t be considered human trafficking unless the court decides to charge them under those laws. 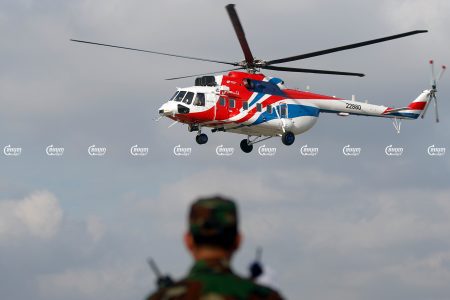 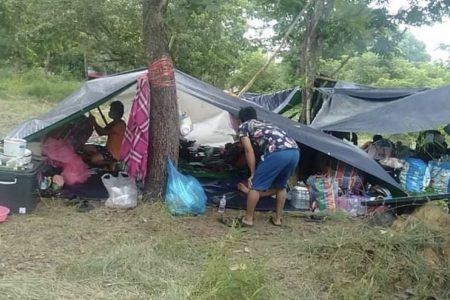 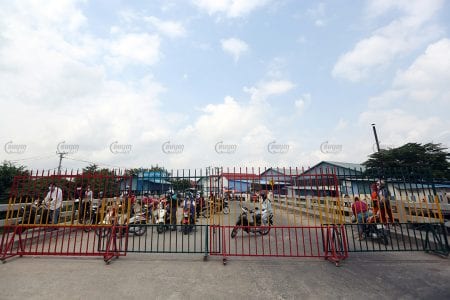 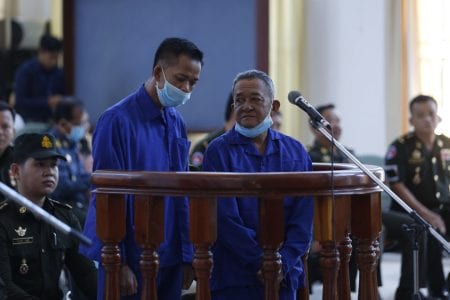