Some China-funded projects under the Belt and Road Initiative (BRI) in Cambodia have presented significant challenges to transparency, sustainability and rule of law, according to a new report by Phnom Penh think-tank Future Forum.

The Future Forum report stated some projects started before BRI launched in 2013, such as the Tatay River Dam, have been waived in as part of the initiative. The study focused on three dimensions of Chinese overseas development assistance: State-owned enterprises, official development assistance and public procurement.

As China solidifies as Cambodia’s single-most significant economic partner and political patron, the vast majority of incoming Chinese funds has been directed toward infrastructure.

According to Future Forum, as of June 2021, China had built eight bridges and 3,287 kilometers of roads with more than $3 billion in concessional loans.

However, the think-tank also noted that some BRI projects in Cambodia had allegedly violated domestic laws in their implementation.

Approval of the Tatay River Dam without prior approval of an environmental impact assessment had violated Article 6 of the Law on Environmental Protection and National Resource Management, the report stated, citing findings of the nonprofit International Rivers. Later on, the report said preparations for the section of National Road 6 had allegedly violated article 40 of the Law on Public Procurement, requiring tender documents and bidding.

The report said all Chinese-funded projects currently fall under the purview of three laws: The 2012 law on public procurement, the 2007 law on concessions and the 1994 law on investment.

“By making this information publicly available, the government would be able to better engage with civil society and researchers in evaluating and ensuring that the Kingdom receives value for money,” the report said. “To build on these improvements, Cambodian laws should institute a regulatory framework whereby initiatives, such as the BRI, must disclose project information to the public.”

It said Cambodia has yet to institute a slate of laws and regulations that would thoroughly oversee development projects with foreign state-owned enterprises in a way that mitigates potential misappropriation.

Implementing such laws while increasing transparency would “make projects more responsive to the needs of communities, reduce criticism of Chinese investment and empower Cambodia’s government to maximize projects benefits for the Kingdom’s development,” the report said.

Chen Heang, a project coordinator and junior researcher at Future Forum, said that while China is the largest source of foreign investment, the BRI monitor project was conceptualized as a supporting resource to identify regulatory and governance gaps in general.

“It is a resource to support the government, investment, and civil society actors in understanding and identifying the opportunities for regulatory enhancement,” he said.  “It should be viewed as a technical resource, underpinned by a supporting methodology, for the review of all relevant stakeholders.”

He said theoverseas development assistance represents a crucial component of national development in the contemporary context.

The Chinese Embassy in Phnom Penh did not respond to Facebook messenger requests for comment by CamboJA. Neth Pheaktra, a spokesman for the Ministry of Environment, could not be reached for comment.

Phay Siphan, a spokesman for the Cambodian government, denied the Future Forum report, saying its findings are politically motivated.

“We welcome a report for the benefit of all, but [this is] just a politically biased report. They are always criticizing Chinese investment in Cambodia, but we need to acknowledge that Chinese investment also benefits the public, and it does not link much to the political tendency,” he said.

A study released last year by the Global Initiative Against Transnational Organized Crime found that the BRI has been linked to increased risks of increased illicit trade, corruption and crime, especially for weak economies such as that of Cambodia.

The report specifically detailed BRI investment in Cambodia, where many of these projects are centered around the port city of Sihanoukville.

Pech Pisey, the executive director of Transparency International Cambodia, said the government should focus on those issues of transparency and public access to information.

“Transparency and accountability make people aware of what kind of company is eligible for the bid. Procurement laws should be fully implemented to prevent any problems, especially those related to possible bribery,” he said. “This means that citizens would know a lot about investment projects under BRI, therefore, it is necessary for the authorities to release as much information as possible.”

He said the government also needs to create a culture of dialogue with local communities affected by projects to allow the public to raise issues and be able to avoid any difficulties that may arise from development.

“This assessment requires meaningful participation from the people who may be affected,” he said. “Not only do we study and evaluate the report to fulfill the obligations, but we also encourage the [environmental impact assessment] to be specific with the experts and with the wide participation, especially from local people.”

Cambodia’s outstanding external debt reached more than $9.18 billion as of the first half of 2021 and is expected to reach more than $10 billion by the year’s end, an increase from $8.8 billion at the end of 2020.

The draft law on national budget management in 2022, presented on August 17 by the Ministry of Economy and Finance, shows that China accounted for 43.78 percent of Cambodia’s foreign debt, while multilateral partners accounted for 30.13 percent. The rest is owed to other individual countries. (Additional reporting by Try Thaney) 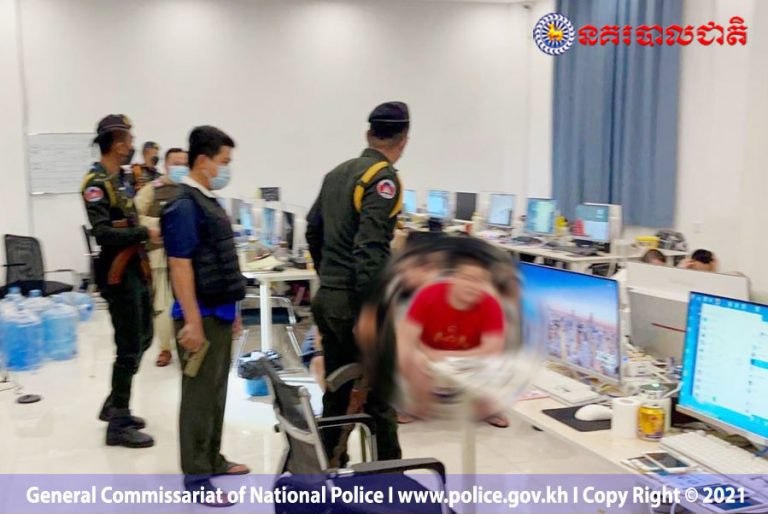 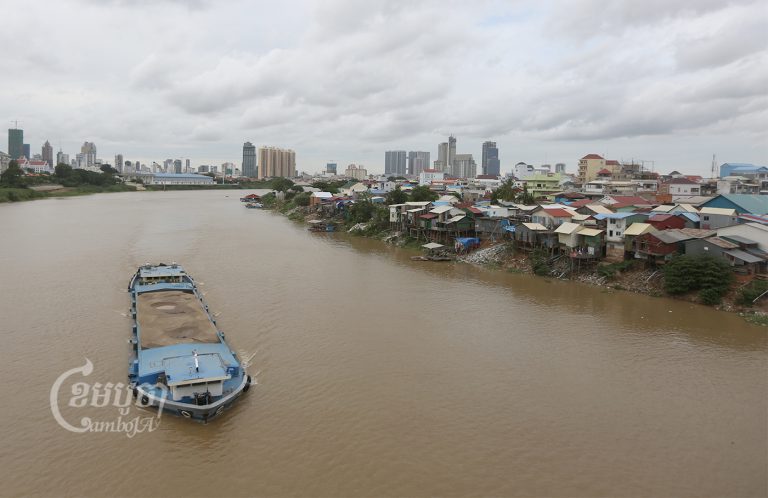