Long Sochet, a member of a fishing community in Pursat province’s Kandieng district along the banks of the Tonle Sap Lake, has applauded the government’s crackdown on the destruction of the lake’s dwindling flooded forests. For him and his community, he says, these forests are the life of the Tonle Sap Lake.

Prime Minister Hun Sen released an audio message on November 28 issuing an order to crack down on the ongoing encroachment into the Tonle Sap Lake’s flooded forestland after receiving a report that tens of thousands of hectares had been illegally seized for private use.

Sochet said the community had previously called on authorities to prevent the destruction of the flooded forests to protect the fish spawning grounds, but that there had been no action until the prime minister’s order.

He told CamboJA that the community has experienced low water levels over the past few years that have reduced the number of fish to be caught. Sochet also said that the quality of the water itself was getting worse and worse.

“Chemical substances used on agricultural crops around the lake have been poured into the lake and made the water polluted,” he said. “We have wholly depended on fishing for our daily livelihoods, and people in the community have nothing else to do.”

Sochet said that since the start of the fishing season in October, the number of fish being caught has been small. He said that the fish used for making the traditional prahok dish will also be small for this year.

Om Savath, the executive director at the Fisheries Action Coalition Team, said that the decision has come a little late, as this issue has been happening for more than ten years.

He said that in 2010, the government issued a Prakas on the management of flooded forestland around the Tonle Sap Lake, defining more than 690,000 hectares of flooded forest as a conservation area.

“However, there was illegal encroachment on the flooded forest land,” he said. “Even though the measure seems a bit late, it’s better than no action at all.”

Savath said it would take at least five to 10 years to restore the flooded forests, depending on the government’s ability and resources – and commitment.

The Tonle Sap Lake, which borders six provinces, expands and contracts with the seasons, with water flowing in from the Mekong — via the Tonle Sap River — at the start of rainy season and out again at its end.

The Tonle Sap River reversal has been coming much later in recent years, with some pointing to the growing number of upstream dams as a possible cause. In 2020, the river didn’t fully reverse course until October, about four months later than usual. The volume of the lake during the rainy season was a quarter of its normal size.

A working group led by land management minister Chea Sophara joined by the Ministry of Agriculture, the Ministry of Environment, the military police and the Anti-Corruption Unit (ACU) have launched a large-scale investigation into deforestation along the Tonle Sap Lake following Hun Sen’s order.

“This [anarchic act] cannot be tolerated.” the prime minister said. “To protect the lake, which has already been suffering by growing more shallow, I would like to say the word should be crackdown, not education, and [emphasise] the need to seize it back.”

Hun Sen has ordered the ACU to make an investigation to find out any officials involved in encroachment to send to trial, and asked those officials who had destroyed the flooded forest to come forward and confess their crimes – and return the land – in order to avoid arrest.

Sovannarith said that so far, 13 people had volunteered to return the land, including the Kampong Chhnang deputy provincial police chief, who was found to have occupied 675 hectares of flooded forestland.

“I do not know what action will be taken against them because the working group is still working,” he said. He added that authorities will replant 2,000 trees on the confiscated 2,000 hectares of flooded forestland starting from Thursday. “Other teams are working in other areas in Baribo district,” he said.

Pursat provincial governor Cheav Tay said that authorities are collecting figures of forestland encroachments from the three districts bordering on the lake, including Krakor, Kandieng and Bakan districts.

He told CamboJA that so far, no one has returned the illegally occupying flooded forestland yet, as most of the encroachments were made by people who used the land for cultivation only.

Agriculture minister Veng Sakhon wrote on his Facebook page on December 29 that the investigation had found 40 cases of encroachment in Kampong Thom alone taking place from 2019 to 2021 and covering more than 3,566 hectares across four districts.

He said all cases have been sent to the provincial court, where they are now in the hands of the investigating judge.

In 2016, Prime Minister Hun Sen called for a bigger effort to curb the trade in illicit timber, ordering authorities to fire rockets from helicopters if they saw illegal loggers at work. He repeated his statement in 2018, ordering helicopters to be deployed above forests across the country to monitor illegal logging activities.

Soeng Senkaruna, a senior investigator at rights group Adhoc​, said that the encroachment of protected natural resources including flooded forest areas is a criminal offense, and that perpetrators must be brought to trial.

“When one appears to confess, they would receive a commutation of their crime, but it does not mean that they will be forgiven,” he said. “Otherwise, the other offenders may not be afraid, and this seems to be the weakness of law enforcement.”

He said the government’s current measure is better than no measure at all, but insisted that similar measures be implemented on other issues such as forest protection and community forest land.

“The action should be taken thoroughly and clearly, systematically, so it will be good and prevent [further destruction],” he said.

“We want to see the government not just act on that one issue, we want to see other issues, such as the abuse of protected forest areas, indigenous community forests, and the encroachment on coastal areas, to be addressed as well,” he said. 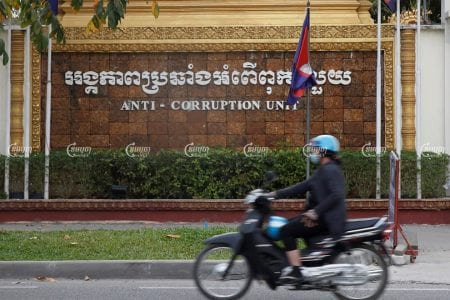 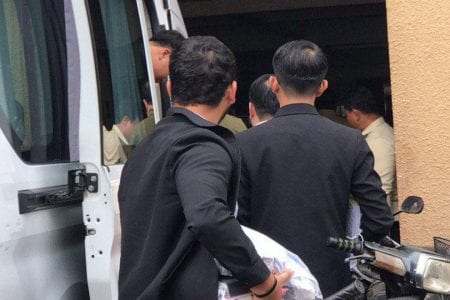