The Court of Appeal on Monday upheld a lower court decision in the case dubbed the “Adhoc 5,” where members of the rights group were found guilty of bribing a woman alleged to be having an extra-marital relationship with former opposition figure Kem Sokha.

Sin Visal, presiding judge, said that the Court of Appeal had decided to uphold the September 2018 decision of the Phnom Penh Municipal Court because: “They [the five defendants] have no evidence to exculpate their offense, related to the case of bribery of a witness.”

Judge Visal said the five human rights advocates had tried to lobby Khom Chandaraty to lie to the police and the court and say she’d never met Kem Sokha, after allegations emerged they were having an affair.

Sokha always denied the claims and the case is widely believed to have been a political smear campaign.

Ny Chakrya, who is now deputy secretary-general of the National Election Committee, and rights advocates Nay Vanda, Ny Sokha, Yi Soksan, and Lim Mony—who still work as senior officials at Adhoc—were absent during the reading of the verdict.

While upholding the lower court’s verdict, the judge also rejected the prosecutor’s request for more prison time in place of suspended sentences.

In 2016, recorded phone calls were leaked on social media purporting to be between Sokha and Chandaraty. Initially Chandaraty, a salon worker, denied that it was her on the calls but she changed her testimony after being summoned for questioning and said she was Sokha’s mistress — an allegation Sokha denied.

The five Adhoc officials were arrested in May 2016 by the Anti-Corruption Unit (ACU) after Chandaraty sought Adhoc’s help with the accusations that she was facing.

Adhoc had provided her with $204 to cover food and transportation costs to attend questioning by judicial officers, which the ACU claimed amounted to bribery.

Subsequently, Chandaraty lodged a lawsuit demanding Sokha pay her $300,000 for breaking a promise to buy her a house and give her money. Her testimony was later used to bring procurement of prostitution charges against him.

“For me, I am very regretful regarding a decision of the Court of Appeal,” Ny Sokha told CamboJA. “This is injustice that we can’t accept.”

He noted the main two witnesses had never been present at the hearings and had just submitted written statements. He said Adhoc had only given Chandaraty the money to help her, adding: “It was not to bribe the witness.”

Sam Tithseiha, defense lawyer for four of the defendants, expressed disappointment with the decision by the Court of Appeal,.

“As defense lawyer, I regret the absence of two important witnesses at the hearings,” he said.

Am Sam Ath, operations director at the rights group Licadho, said he believes that the case of the Adhoc 5 is politically motivated.

“It is a message that will threaten staff of other human rights defender institutions,” Mr. Sam Ath said. 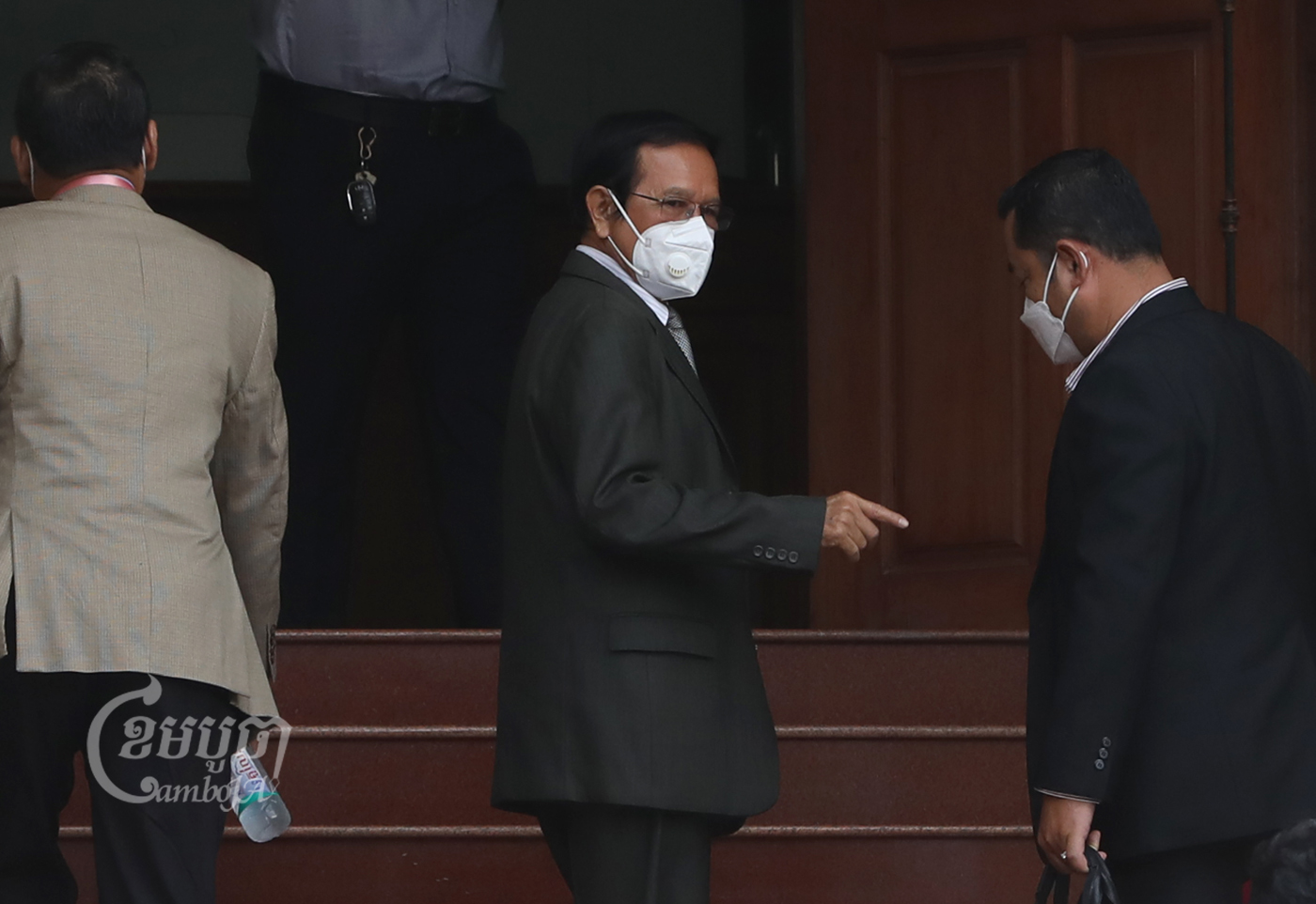