A government spokesman has said that nongovernmental organizations and activists have no right to interfere in the nation’s border affairs after union leader Rong Chhun’s arrest on July 31 led to calls from civil society groups and his supporters that he be freed.

Chhun, who is head of the Cambodian Confederation of Unions, was arrested and charged after a Radio Free Asia broadcast aired on July 31 in which he says that Vietnamese soldiers have placed border posts 500 meters into Cambodian territory and expelled villagers from their land.

Speaking during an August 4 press conference on the government’s 2019 and 2020 achievements, Phay Siphan, chief of the government’s spokesperson unit, said border affairs are the obligation of the state and NGOs have no right to be involved.

“Border affairs are an issue of the state between both governments of Cambodia and Vietnam,” he said.

“There are no organizations or activists that have the right to interfere on that issue because it is an international affair that we have to be very careful and gentle in resolving this issue,” Siphan said, adding that he was referring to protests from August 1 to 3 calling for the union leader’s release.

As about 30 of Chhun’s supporters marched in Phnom Penh, 141 nongovernmental and community groups issued a statement the same day calling for the government to uphold freedom of expression and drop the charge against the union leader.

Siphan went on to say at the press conference that the government had demonstrated its willingness to be transparent and accountable for the demarcation of border posts with Vietnam. The two nations’ Joint Border Affairs Committee is in the process of finalizing digital maps of the 1,270-kilometer border after reviewing the placement of border posts.

“Resolving border affairs does not happen through activists, but it is a technical settlement to ensure genuine territorial sovereignty,” he said.

“I do not consider that [border issues] to be hot information,” he added.

However, Information Minister Khieu Kanharith insisted during the conference that the border issue is still sensitive.

“It is a hot issue right now even though His Excellency Phay Siphan said that it is not,” he said, adding that the Border Affairs Committee (BAC) should publicly explain the new set of digital maps that it had exchanged with Vietnam’s border affairs committee on August 3.

Kanharith also touched on the CNRP, which was dissolved in 2017, saying that the former party’s strategy is to attack the ruling CPP and to dredge up old issues to stay relevant.

“They are afraid of us forgetting them, and they always dig up this issue and that issue… so even though they are now a ghost they have kept the name, so we have to be careful,” he said.

“Our country is a single party that has failed to fully implement democracy since the opposition was dissolved,” he said.

“It doesn’t follow the model of a democratic country,” he added.

Koy Pisey, vice chairwoman of the BAC said by phone that the committee does not plan to hold a press conference explaining recent border affairs developments because it was already verified through its statement issued on July 31.

“If people want to understand the border issue, they can figure it out by themselves because every person has different objectives,” she said in response to assertions that citizens have the right to be concerned about border issues.

In its statement, the BAC said that Chhun and the Cambodia Watchdog Council, which he was traveling with when he visited the border in Tbong Khmum in July, had spread disinformation.

“[They] have intentionally fabricated the issue and published fake news with ill intentions aimed to confuse public opinions … making baseless accusations on border affairs and the royal government losing territory,” it said.

Transparency International Cambodia Executive Director Pech Pisey on August 4 said that in fact, civil society organizations had not been interfering in border affairs, but were calling for the release of Chhun.

“The arrest of Rong Chhun is a violation of his freedom of expression which is a guarantee in the constitution,” he said, adding that the government should explain to Chhun which part of his comments were illegal.

“He has the right to join in the development of society, so those activities shouldn’t be punished,” Pech Pisey said.

Rong Vann, 22, a nephew of Chhun, said he would continue protesting until the court released his uncle.

“We are now considering a plan for what we should do next,” he said. “Our stance is to make demands until we reach a resolution.”

“We are not afraid of arrest because our country has said it upholds democracy and freedom of expression,” Vann said. 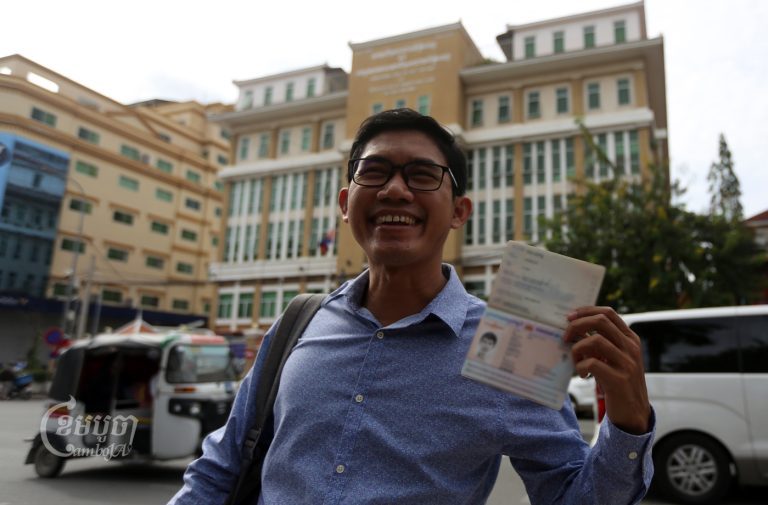 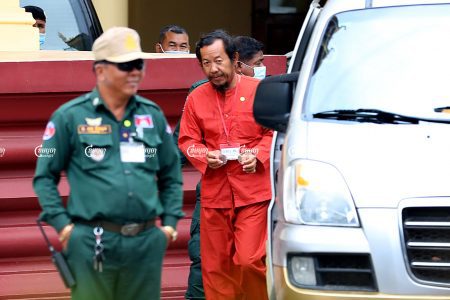 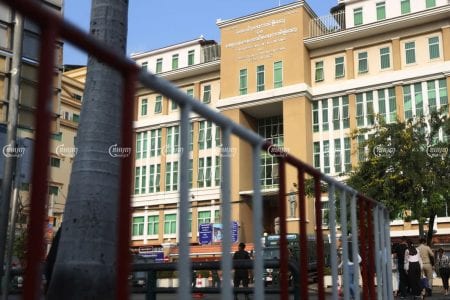 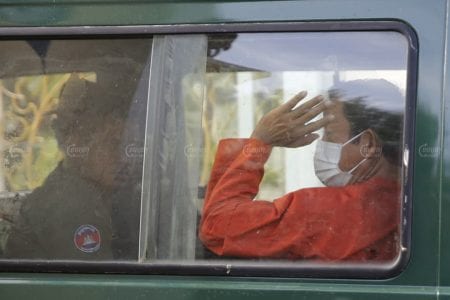 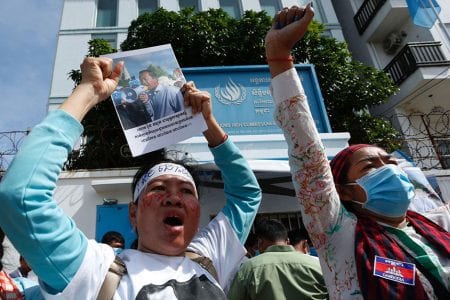