KAMPONG CHHNANG PROVINCE — The owner of a provincial radio station, Sok Oudom, maintained he had not incited villagers in Kampong Chhnang province against the military during his incitement trial on Tuesday, with a verdict expected on November 17.

Oudom was arrested on May 13 and charged with incitement for a Facebook livestream where he talked about villagers’ land being grabbed by a military social land concession in Phnom Oral Wildlife Sanctuary. The government has instead accused him of inciting villagers against the military and to illegally occupy land.

At the trial, Oudom rejected the incitement charges and said that he was only asking the authorities to find a resolution for the villagers.

“I reject the incitement charges because I just requested authorities to find a resolution for those villagers because they had been living here before the creation of the wildlife sanctuary,” Oudom said.

He said he didn’t specifically remember the contents of his Facebook livestream. In the livestream, he said that if the state wanted to take away people’s land then it should take away the provincial governor’s land first.

Oudom has been charged under article 495 for incitement and faces up to two years in prison and a maximum fine of $1,000. He had been in pre-trial detention since May.

Three witnesses, including a senior military official Nou Samrith, who were expected to present evidence against Oudom were not present in court.

According to Samrith’s questioning from May 12, and read out in court, there were around 30 journalists on May 12 who had incited villagers to occupy land in the province’s Chieb commune, where the military intended to build a shooting range.

“Those activities really affected soldiers’ morale and insulted the leaders, so the court has to penalize Sok Oudom and provide 100 million riel as compensation,” Samrith said in his court complaint.

In October, Sovann Rithy, who ran TVFB social media news, was convicted and given a suspended sentence for alleged incitement, again for reporting Hun Sen’s suggestion that motorcycle taxi drivers should sell their vehicles to pay for food. The comments were made in reference to the COVID-19 economic downturn, and officials have since said the prime minister was joking.

Oudom’s Rithy Sen Radio Station had its media license revoked immediately after his arrest, even though he had not been convicted for any crimes. The Information Ministry statement claimed he had violated professional journalism norms.

“Sok Udom, the owner of the radio station and online news, exaggerated information, incited people to violence, provoked racially discrimination and caused insecurity and chaos in the society,” Information Minister Khieu Kanharith said in the May statement.

Un Thanthol, Oudom’s defense lawyer, said there was no evidence to support the incitement charge.

“Usually, reporter’s go to report information on what they have been informed. So, we have seen no element consistent to support the accusation of incitement to commit a felony,” he said.

He said it was more reasonable to use the Law on the Press and request for a correction, if Oudom had published incorrect information.

“Based on Press Law there is a requirement to make a correction within 7 days, if he had disseminated false news,” Thanthol said.

Nut Sovanthou, Oudom’s wife, claimed that a number of senior military officials had offered her husband money to stop publishing his stories, but refused to divulge any details. She also took umbrage that none of the witnesses who were testifying against her husband were in the courtroom.

“It is strange that they are the plaintiffs but they are not present at the trial,” she said.

Kong Chanmony, provincial coordinator at rights group Licadho, who attended the trial, said Oudom had carried out his work with professionalism with a license issued by the Information Ministry.

“Civil society groups want to have freedom of expression which is guaranteed by the Constitution,” he said.

Nop Vy, executive director at Cambodian Journalists Alliance (CamboJA) expressed concern over the frequent use of the Criminal Code against journalists.

“I think the court should review the charge of incitement against Sok Oudom, whether he had incited people to cause chaos in society, to oppose the authorities or none of them,” he said.

From January to October, CamboJA recorded 59 journalists who have been the victims of violence, arrest, death or court complaints. Of those, 27 were arrested, seven had faced violence and one died, in what police called a traffic accident. 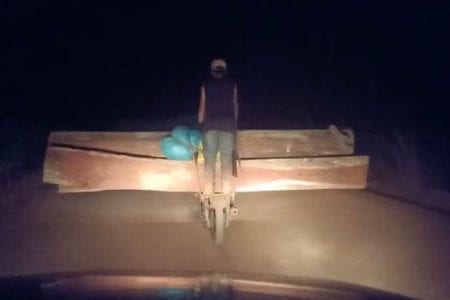