About 400 workers at Pactics (Cambodia) factory in Siem Reap province entered their fifth day of strike action on September 1, demanding the reinstatement of two outspoken union activists and back pay and benefits for 80 employees who were laid off in April in the wake of Covid-19.

Met Rath, 28, president of the Employees’ Independent Solidarity Union at Pactics, said nearly 400 of the factory’s500 workers began striking late last month to demand the reinstatement of himself and Ping Teav, an activist with the union, which is part of the Cambodian Tourism Workers’ Union Federation (CTWUF).

The CTWUF in May called on Pactics Company to provide back pay or reinstatement options for 80 other workers it had terminated due to the economic impacts of Covid-19 on Cambodia’s garment industry exports. The factory produces bags to export to Europe and the United States.

He said the company had fired him and Teav because they had told other workers that CTWUF was calling on Pactics to either reinstate the 80 unfairly-terminated employees or provide them with seniority indemnity pay and wages owed.

Rath said that he and a group of other employees had filed a complaint to the Arbitration Council in early June over the firings and payments owed, and was terminated just days later.

“The company terminated me on June 6 because I shared the information from CTWUF addressing the problems at the company,” Rath said, adding that the company had said the reason he and Teav were terminated was due to taking work breaks without permission.

“I think that the company is discriminating against our union and made an excuse to terminate us,” he said.

The Arbitration Council had ordered the company in June to heed workers’ requests, but the company issued a letter declining to obey, saying the body’s decision was unclear.

Rath said the company called worker representatives to negotiations mediated by the provincial labor department in August, where the company agreed to pay workers but said it would not reinstate the fired union activists.

On September 1, Labor Ministry officials visited the factory, he said, asking workers to cease strikes and calling on owners to provide seniority indemnity pay and engage in further negotiations.

Yan Vanna, 32, another union activist at Pactic who has worked at the facility for 10 years, said workers would not stop striking until the company allowed the fired union activist and leader to return to work.

“We will hold a strike until we receive the resolution from the company,” Vanna said. “The company’s accusations against the union leaders are not reasonable.”

Vanna said that the company had targeted union leaders in the past, looking for faults in their work performance.

“I think that the actions of the union leader and activist did not warrant terminations from the company,” she said. “They should have just received advice and a warning.”

Thim Thavy, human resource manager at Pactics (Cambodia) Company, could not be reached for comment.

Siem Reap’s tourism sector has suffered a major blow due to Covid-19, with arrivals to the country plummeting and 285 of the province’s 434 hotels and guesthouses closed as of early August, according to Tourism Ministry data.

In addition to the protests at Pactics Company, Employees of the Cambodian Cultural Village tourism park in Siem Reap are also still on strike over wage and benefit cuts that have been ongoing since April.

Lim Sopha, head of the Cambodia Culture Company Tourism Employee Unions (CCCTEU), said September 1 that dozens of employees of the cultural village were still demonstrating outside their workplace as no resolution has been reached.

“If there is no resolution from the company, our workers will continue to hold a strike to seek a resolution,” Sopha said.

He added that Labor Ministry officials had also paid a visit to the site, asking employees to end strike action and imploring the two sides to negotiate.

The three activists with the Le Meridien Angkor Trade Union — Doeum Chhaya, Sok Naren and Kham Sreypheak — were terminated in July for allegedly inciting workers via Facebook to support a smaller salary reduction. Employees have since held demonstrations outside the provincial labor department and the hotel as meetings aiming to resolve the dispute have repeatedly broken down.

Touch Kosal, president of the Cambodia Tourism Workers’ Union Federation, said he has been monitoring all three strikes in Siem Reap. He said that terminations of union leaders were convenient for employers because unions had increased their activities to defend workers as salaries and benefits have been cut.

For example, Kosal said at Le Meridien Angkor Hotel, which is owned by US-based hotel chain Marriott, employees’ salaries have been cut by 35 percent, an amount that the unions are hoping will be dropped to 20 percent.

“They have terminated union leaders because they want to reduce their power and sidestep the demands of the unions,” he said.

“This kind of punitive action is a clear violation of freedom of expression and association that reveals Marriott’s unacceptable use of an economic crisis to engage in union busting tactics,” he said.

“Instead of listening to the workers’ demands and bargaining in good faith during an economic crisis that affects the entire tourism sector, Le Meridien Angkor management ridiculously accused Chhaya ‘incitement’ – an over the top charge that is completely out of line with a worker making a post on their personal Facebook page,” he said.

However, Le Meridien Angkor General Manager Sabreena Jacob said hotel management disapproved of the union’s decision to organize illegal strikes instead of accepting an offer to negotiate with the hotel.

“We are disappointed with the actions of three employees who recently chose to organize two illegal strikes, instead of having discussions with us when invited to do so,” she said in an email. “Despite being informed by the hotel and the governmental authorities that their actions constitute illegal activities, the three employees continued to participate in the illegal strikes.”

She also said that the Arbitration Council had thrown out the case after union representatives failed to attend a hearing to be held between the two parties at the council on August 26.

“[R]epresentatives of the union did not turn up for the hearing,” Jacob said. “Therefore, the arbitration council announced that the union party has abandoned the hearing and has canceled the case.”

“The terminations of union leaders is a form of discrimination, and it is not a legal to terminate the union leaders for these reasons,”Tharo said.

He added that the provincial labor department had not been successful in its attempts to negotiate with workers and employers, especially in the case of Le Meridien Angkor, which the local authority suggested should be dealt with as two separate labor dispute cases.

“Sometimes, the suggested solutions from the Siem Reap provincial labor department has caused them [employers] to protest because they are not satisfied with separating their case into an individual case” and a collective case, Tharo said.

Provincial Labor Department Director Chan Sokhom Chenda could not be reached for comment.

Provincial Administration Chief Sok Thol said provincial officials were just a coordinator for both parties and were not responsible for finding a solution.

“We coordinated for them but if they do not agree with each other, they can continue the procedure to the Arbitration Council,” Thol said. 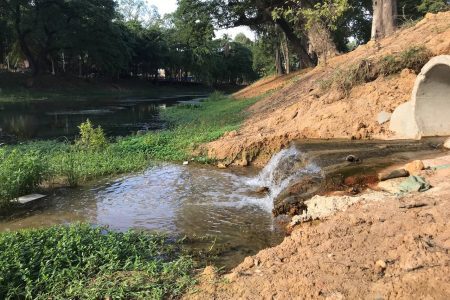 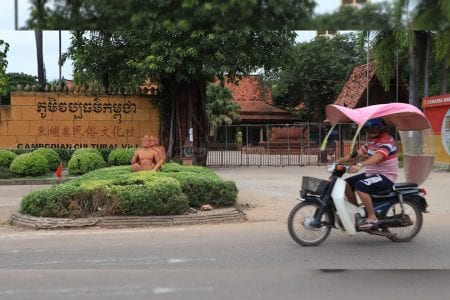 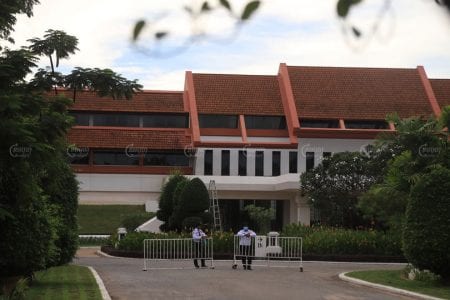 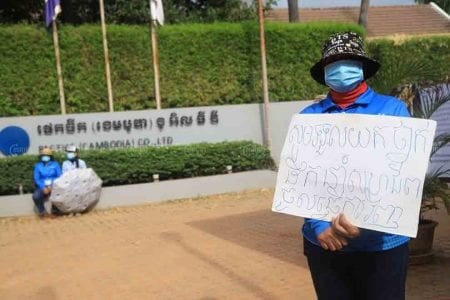 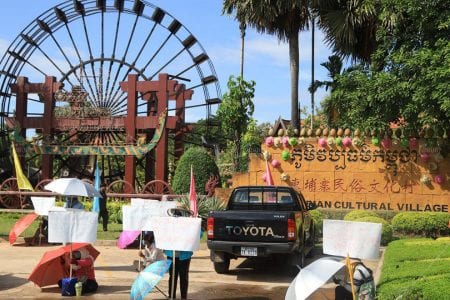 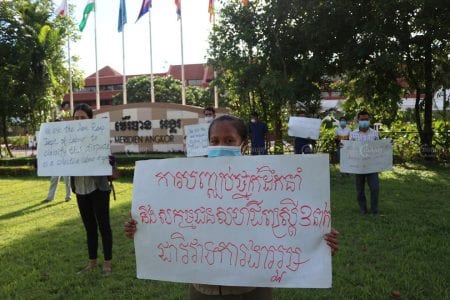