Seng Sreyleap, a 29-year-old resident of Prek Pnov district’s Kork Roka commune, said that she welcomed the development, saying that Cintri had not done a good job of keeping the city clean.

“The garbage in front of my house piled up like a mountain because the company was always late to collect the garbage,” she said.

In October 2019, the Phnom Penh municipal government revoked Cintri’s exclusive right to provide solid waste collection and transportation services in the capital following longstanding public complaints of uncollected and spilled trash in the streets of Phnom Penh. Instead, city authorities would choose three companies to share collection services between them.

Dangkor resident Lay Sopheavatey told reporters that she hoped that new operators would be an improvement on their predecessor.

“It is totally a good thing when the three are different companies working for a common goal, and I believe that it will be better than when we only relied on Cintri to collect garbage across the city,” she said.

“In the transitional phase of transferring waste collection and transportation service from an older operator to a new operator, there will be some disturbances in the provision of service, especially in areas where new operators are in charge,” read the statement. City hall called on people to prepare garbage at the proper time to help keep the city clean.

Dangkor district governor Kim Nheb said that the authorities had just facilitated the companies’ work, and that reporters should ask the companies themselves for further information.

“For me, they [the companies] have succeeded in the bidding, which means that they are qualified enough and do good work,” she said. She hung up the phone without further comment.

Pang Lida, deputy governor of Pur Senchey district, said he has not yet made his assessment because the company has just started its operations.

“They just started to collect trash, we do not know if they will succeed or fail,” he said. “But there have been no problems [on the first day of operations] and we are waiting to see their further activity.”

Environment Ministry spokesman Neth Pheaktra said that the division of the garbage collection zones was designed to enable the licensed companies to collect garbage in a timely manner.

“’As the population of Phnom Penh dwellers grows and the amount of garbage keeps increasing every day, increasing the new collection operators will make the garbage collection faster and more efficient,” he said.

A senior Phnom Penh city hall official who declined to be named, saying they were not authorised to speak to the media, said that there had been ten companies from different countries that had participated in the auction. He said that the selection was made through an assessment of the waste collection experience as well as the total value of the company.

The official said that after a careful assessment from the judging committee, three companies had been selected as the garbage collection operators and given a ten-year contract with city hall.

“These companies are experienced in collecting waste,” he said. He added that for instance, 800 Super/Global Action for Environment Awareness Public Limited has provided garbage collection services in Siem Reap, Bunteay Meanchey, Kep and Kampot provinces for many years. Mizuda Group Co, LTD is a large company based in China.

“Based on their experiences and capacities, I firmly believe that the congestion of garbage collection will fall sharply,’’ he said.

The official said that the Ministry of Environment had allocated the areas for those companies to provide their services. Under the contract, each company must collect 1,000 tons of garbage per day and take it to the Dangkor dump site.

“We are now planning to create another dump in Kandal province to meet the current demand of increasing garbage,” he said. “Based on the official data, 3,000 tons of garbage have been made every single day in Phnom Penh.”

He added that most of the workers at 800 Super/Global Action for Environment Awareness Public Limited and Mizuda Group Co, LTD were themselves former Cintri employees.

Cintri chairman Seng Savy confirmed that the company had laid off some employees in order to reduce unnecessary expenditure.

“The company needed to lay off some employees, as we have to manage our expenses accordingly,” he said.

In October last year, many Cintri workers went on strike after hearing news that City Hall was planning to finalize contracts with three new garbage companies, potentially causing them to lose their jobs at Cintri. They demanded that their employer promise to provide them with seniority indemnity pay, compensation pay, final salary, remaining annual leave pay, and notice pay should their contracts be terminated.

“It is a good sign when there are more companies involved, so that competition will occur, and it may make the garbage collection more efficient,” he said.

Touch Kosal, the president of the Cambodia Tourism Workers’ Union Federation, said the move could improve working conditions for the men and women collecting garbage. 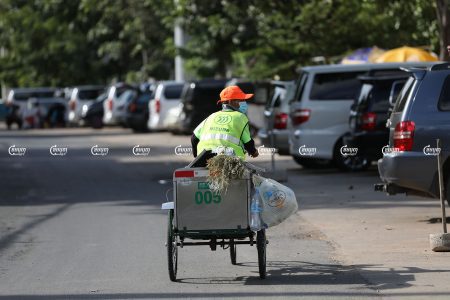 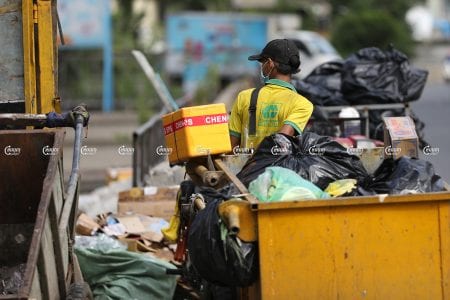 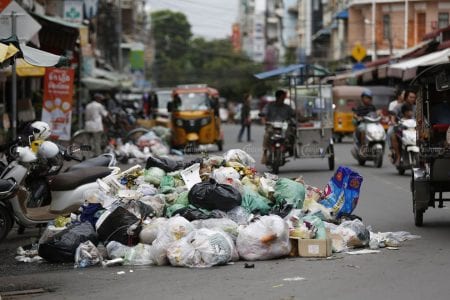