A handful of communities in Siem Reap city have been ordered into lockdown in a bid to halt the spread of COVID-19 in Cambodia’s main tourist hub.

As part of the 14-day lockdown, authorities have identified four communes in the city as “red zones” due to high rates of viral infection. These communes are Slor Kram, Svay Dangkum, Kork Chak and Chreav, where residents are now forbidden to leave their homes lest they risk being punished under the so-called COVID law restricting public movements and gatherings.

Authorities said vulnerable residents are being assisted with food aid and medication while the government prepares an online market allowing people confined to their homes to order supplies by mobile app and phone call.

“This is the worst case since COVID-19 erupted in the province,” Siem Reap Governor Tea Seiha told CamboJA. “The outbreak is large and fast, where it is transmitted from the markets in town.”

Seiha said it may be difficult for health staff to conduct all necessary testing of affected people and so residents are being asked to monitor their conditions at home. Prime Minister Hun Sen said on Friday that all people in the communities will be provided with COVID-19 drugs first and will be tested after a week of taking medicine.

The governor did not have current outbreak data but said that, so far, there are more than 2,000 active COVID-19 patients and about 120 deaths from the viral disease. He added that 16 new cases of infection from the more-contagious Delta variant of the viral disease have been found in the province and that more such cases may still be found.

“We will start testing in the next two days [Wednesday] for those who are found with symptoms,” Seiha said.

The governor said the virus was found in markets where fruits and vegetables were sold after being imported from Thailand through the Lem border checkpoint.

The lockdowns have quieted the tourist-friendly city, which received millions of visitors per year before the onset of the pandemic. With international borders mostly shut for more than a year, Seiha said authorities are discouraging local tourists from visiting Siem Reap province.

During the lockdown, authorities have seized nearly 100 motorbikes from people who violated public health measures, the governor added.

Kim Bunthan, a villager in Svay Dangkum commune, said his wife tested positive for COVID-19 after using a rapid test on herself. While his wife is being treated at a medical center, Bunthan said he has yet to receive the drugs promised by the government.

“My child and I tested negative. Police told me that my family is prioritized to receive [medication] because we had direct contact with the virus,” he said. “I called the village chief asking about the medicine, but he did not answer my phone call.”

Chhay Phanny, another villager in Slor Kram commune, said people must cooperate with authorities to contain the outbreak. However, she said that during the lockdown, food prices in Siem Reap town have increased significantly, with the cost of some staples such as eggs and vegetables more than doubling.

“Some products are out of stock, which makes it difficult for some people of little means” she said, adding that in her village, people also have not received the COVID-19 medicine yet.

Chreav commune Chief Ka Orb Ran told CamboJA that local authorities have been distributing COVID-19 drugs for people in seven villages in his commune since September 19.

“We have not reached all families yet. Some people are allowed to take treatment at home because we have medicine,” he said, adding that families in the IDPoor aid system have been provided with 10 kilograms of rice.

On Monday, the Ministry of Health reported 622 new cases of COVID-19 and 14 deaths, bringing the total count to 104,716 cases and 2,123 respectively since the pandemic began in early 2020. The ministry has also recorded 97,700 recoveries from the viral disease. 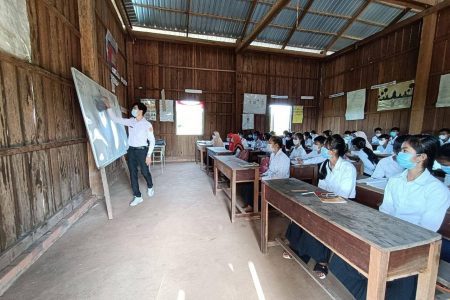 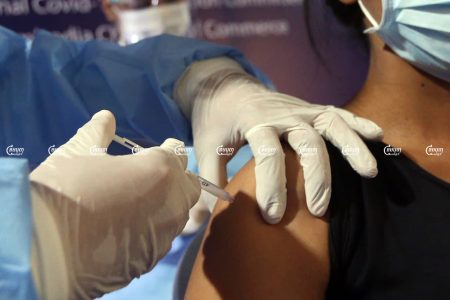