Cambodia is looking to improve on its best-ever medal performance with a stellar showing at the 2023 SEA Games to be held in Phnom Penh — but athletes, coaches and officials say they need more time, training and resources.

The Kingdom’s national teams brought home a record haul of 63 medals, including nine golds, at the 2022 SEA Games held in Vietnam in May. Despite high praise from the public to the top ranks of government, the athletic success has also increased the pressure to succeed in front of hometown Cambodian crowds in May 2023.

A range of athletes, coaches and SEA Games organizers told CamboJA the recipe for success was a combination of international competitions, better training programs and support from various ministries of the Royal Government of Cambodia.

“We have a budget, yes, but it is also important to have enough time to properly develop our athletes and athletic programs,” said Vath Chamroeun, secretary general of the Cambodian SEA Games Organizing Committee.

“We are doing our best to accelerate the development of our Cambodian athletes, focusing on strengthening their technical skills in each sport.”

Vath Chamroeun has looked for help outside Cambodia. Next month, he said, CAMSOC would send 161 athletes to train in China on bilateral government grants. He added that CAMSOC would also send its karate team to train in Japan and its taekwondo athletes to practice with experts in Korea.

He said CAMSOC had other strategies for developing Cambodian sports, such as hiring foreign coaches to develop skills to a global standard and selecting judges with international qualifications to oversee various SEA Games events.

Cheat Kheamra, the coach of the national teams from the Cambodian Sepaktakraw and Chinlon Federation, cited international competition as a key factor in the success the federation has enjoyed since it was founded in 1993. Sepaktakraw is also known as kick volleyball, and chinlon, Myanmar’s national sport, is sometimes called cane ball.

To prepare for next year, Cheat Kheamra is also looking abroad for better competition and valuable experience. He said the federation is training 18 men and 12 women for the sepaktakraw and chinlon national teams.

“We have been getting ready since the end of the SEA Games in Vietnam,” he said. “The federation will be ready to send athletes to train abroad in early September or October and until the SEA Games [in May 2023].”

Soung Chantoraty, the CSCF deputy secretary general, said federation athletes were currently training at Morodok Techo National Stadium, the main venue for the 2023 SEA Games, and some would this month be sent to compete in the 35th King’s World Championship in Thailand.

“The upcoming competition is excellent preparation for our athletes,” she said. “They will learn a lot and gain a lot of experience in the international games.”

Cambodian coaches are just as good as foreign coaches, Cheat Kheamra said, but training at home meant more distractions and less time spent together as a team.

“Based on our ability, I have high expectations for winning medals. What I am worried about is that we lack experience in big events like the SEA Games,” he said.

“These training sessions abroad will be essential for improving our attitude, learning new techniques and playing against tougher competitors.”

The Khmer Swimming Federation, which manages swimming, water polo, water diving and finswimming, is also plunging ahead with preparations for the SEA Games in Cambodia. Founded in 1980, the federation “finally won its first SEA Games medal, a bronze, in last year’s competition.”

Hem Kiry, secretary general of the federation, said Cambodia’s water sports had been greatly improved since 2017.

“The federation is ready in terms of infrastructure. For almost a year now, we have been preparing to send athletes to train abroad, especially since there will be many local and international competitions this year,” he said.

“We are very optimistic. We are full of hope that we can compete well and win medals for our nation.”

Some of those hopes rest with Oung Lyheng, a 19-year-old breaststroke swimmer who has been training since 2012. He said success was built on experience, competition and dedication — and he feels ready and hopeful ahead of the 2023 SEA Games

“I am ready. I practice so much I have almost no time to rest. The swimming team and I practice from Monday to Saturday, twice a day,” he said.

“I have been ready for a long time.” 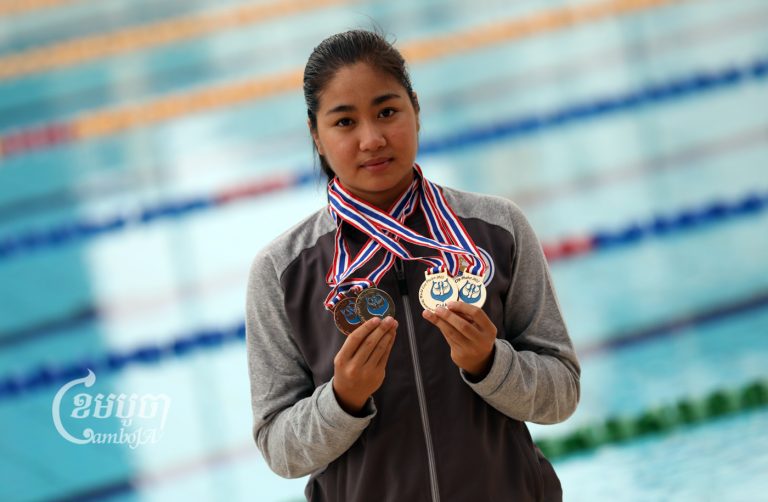 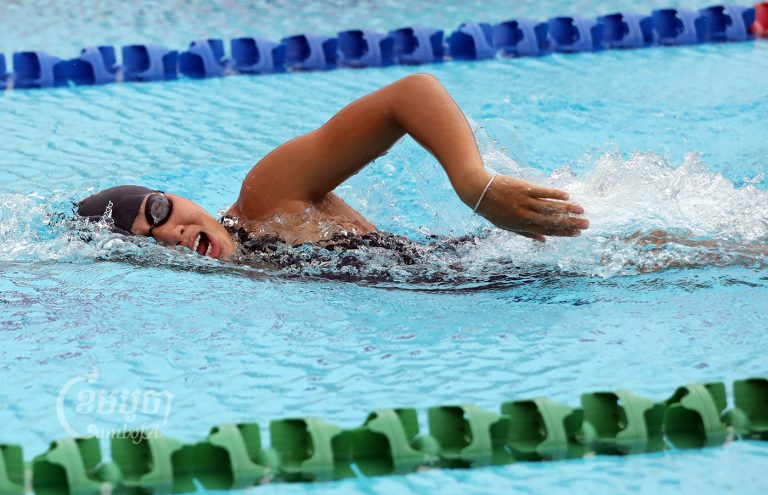