Members of several poor communities affected by urban development in Phnom Penh have asked the government to provide them with solutions to stay in the city as they face the threat of forced evictions.

Representatives of at least five communities in areas bordering railways, canals and lakesides in the capital issued a joint statement to authorities on Sunday, which was World Housing Rights Day, to accelerate plans for in-place development. Residents of these capital neighborhoods say they have waited years for municipal authorities to provide assistance after being told they must relocate to make way for private projects or state infrastructure plans.

“We urge the government to develop with respect for human rights as enshrined in the constitution and the international law on human rights,” the statement read. “Developers need to consult with affected people and include the poor people in urban development plans as well.”

Ung Sambo, representative of a railway community, said that people are struggling mentally as they deal with the uncertainty of delayed resolutions.

“A few years after the notice for relocation, we could not do anything with our house. The houses are now dilapidated,” he said. “So far, we have not received any response from the authorities. We are in a precarious position.”

Phnom Penh authorities are developing a 12-meter concrete road and drainage system alongside the railway, affecting dozens of families living alongside the track stretching from Tuol Kork district to Daun Penh and Russei Keo.

Two railway communities were given two different sets of conditions, Sambo said, adding to the lack of clarity for displaced people. He said a community in Russei Keo district has been promised by authorities to relocate nearby, while another in Tuol Kork district may be required to relocate about 20 kilometers from Phnom Penh in Kandal province.

“We are the same affected families along the railroad, and we should be addressed the same way as well,” Sambo said. “We will not go outside the city.”

Hour Sokneang, a 55-year-old resident of the railway community in Russei Keo district, said she received a promise from authorities about three years ago that she could relocate within her district. But since then, she has not received any updates from authorities. In the meantime, Sokneang says, she lost her home.

“There was nothing we could do, the houses were torn down, and we were not allowed to do anything with it,” she said.

Sokneang said that at that time, families received just a promise in word from authorities, but no documented confirmation.

“Sometimes I feel distrustful, because it is now about three years since the promise and we still continue to live along the railway,” she said. “We urge the authorities to expedite the exchange location for people as soon as possible. If the authorities change their mind and have us go out of the city, we will not go because they have promised us that we will be here.”

Last week, 30 affected families living along the railroad met with municipal authorities to advocate to remain within the city.

Chea Pisey, the new Tuol Kork district governor, said he was instructed by City Hall to discuss the issue with the people last Friday, but that the meeting was postponed to Monday of next week. Pisey refused any further comment.

Members of some communities who signed onto Sunday’s joint statement say they have been asking for government intervention since 2017 but have not yet received any response.

The statement also urged the government to develop infrastructure such as roads and access to electricity and clean water for communities that received in-place development.

According to a 2020 report on eviction and relocation from land rights group Sahmakum Teang Tnaut (STT), more than 50 communities totaling more than 40,000 people have been evicted from Phnom Penh since the 1980s, often without proper compensation.

“We saw that the recent solutions are better than before, when people were forcibly evicted outside the city,” he said. “From what we had seen in the past, most people did not want to leave their place in the city, they wanted to develop on the spot or to have another place nearby. Authorities and stakeholders need to talk openly, transparently and with accountability.” (Additional reporting by Sam Sopich) 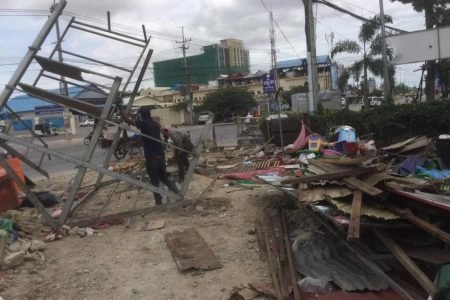 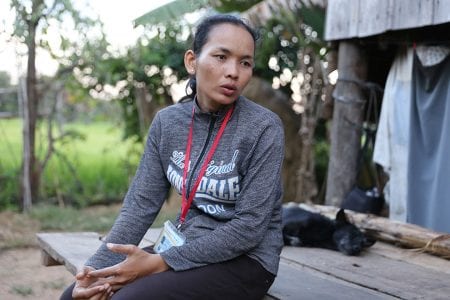