While Cambodia’s economy is on the road to post-Covid-19 recovery, rising inflation continues to disproportionately impact Cambodia’s poorest families and should be alleviated through expanding the direct cash transfer assistance program initiated in the pandemic, a new World Bank report stated.

Cambodia’s real GDP growth more than doubled from last year to 4.8 percent in 2022, the World Bank stated in its “Cambodia Economic Update” published Wednesday. GDP growth is projected to increase to 5.2 percent next year as a result of increased tourism and a resilient manufacturing and export sector, the report predicted.

But “global trade growth is projected to slow sharply in 2023 as the global economy faces strong headwinds,” according to the report, which warned of rising inflation due to increased energy, fertilizer and food prices linked to the war in Ukraine.

“The ability of households to cope with inflation depends on whether they can keep up with rising household expenses,” said World Bank economist Wendy Karamba. “Inflation will impact the poor much harder, simply because poor households tend to have limited savings with which to cope with shocks.”

Around half of Cambodia’s poorest workers are employed in the agriculture sector and their earnings remain are often less than half that of workers in other sectors, the report stated.

Poor households were more greatly impacted by higher food prices and their earnings, often linked to the agricultural sector, do not increase as quickly as earnings in other sectors, Karamba said. To cope with the burden of inflation, poor families are more likely to switch to cheaper and less nutritious diets or withdraw children from school.

Analysis by the World Bank estimates inflation alone could increase the poverty rate from 17.8 percent to 21.9 percent, putting more than one in five Cambodians below the national poverty line  of $2.70 earned per day.

To mitigate the bite of inflation, the World Bank urged the Cambodian government to continue providing direct cash transfers to families enrolled in the IDPoor program, which offers healthcare subsidies and other social welfare benefits to families living below the poverty line.

The government launched a “Cash Transfer Program for Poor and Vulnerable Households during Covid-19” (CTP-COVID)” in June 2020 to provide a series of direct cash transfers to poor households. The payments, ranging from $20 and $30, ultimately reached nearly 700,000 households, which qualified based on IDPoor registration.

“Targeted cash transfers are the most effective way to deliver benefits to poor and vulnerable households,” Karamba said.

Households typically used the cash payments to meet “essential needs” such as purchasing food, she said.

“The government is currently working on expanding the IDPoor database beyond the poor families to include at-risk-households,” the World Bank’s report stated. “This will allow for rapid inclusion of vulnerable households in the event of a shock.”

Chan Narith, Secretary General of the National Social Protection Council, said the government planned to expand the number of families eligible for direct cash transfers as a result of increasing inflation but would not increase the payment amount per family.

Yet neither government officials nor World Bank economists would comment directly on whether cash transfers to poor families should include debt relief for microloans.

The World Bank report noted Cambodia’s ratio of household debt to GDP remains “exceptionally high” and raised concern that households could “fall into a vicious debt trap.” The report noted only 28 percent of loans were considered “productive,” meaning they were income-generating.

The German Federal Ministry for Economic Cooperation and Development (BMZ), one of the main funders of the IDPoor program, published a study in September showing that numerous IDPoor families were over indebted due to high microfinance loans.

The German government’s study also called for debt relief to IDPoor families and questioned why they had received loans their status as IDPoor indicated they were not in a position to repay.

Keo Ouly, the Ministry of Planning’s IDPoor director, said he could not answer how so many IDPoor families received microfinance loans they could not repay. Nor did he comment on whether or not IDPoor families should receive debt relief as part of efforts to expand cash transfers, as this was a matter for a “higher level than me.”

“It depends on the decision of the Royal Government of Cambodia,” he said.

His colleague, Narith, claimed he was unaware of the German government’s study and could not comment: “I am not sure if it is an official report or a Facebook report.”

But the World Bank also did not have a position on providing debt relief to microloan borrowers, nor could it comment on whether Cambodia’s microfinance industry should be increased or decreased, said Karamba, the economist.

“We haven’t really studied this,” she said. “It’s not something I have much comment on at this stage of time.” 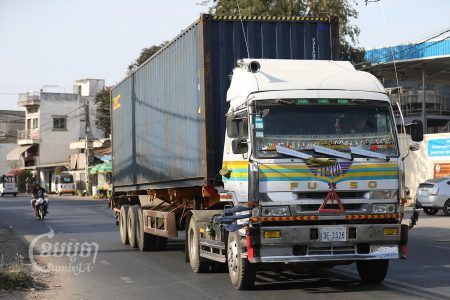