Pro-government online news site Fresh News reported on Tuesday that a Facebook account called “Kamchatchunkbot” — “Defeat the traitor” in Khmer — had posted the video as evidence of the activists’ alleged plot to topple the government. The footage, which the post claimed was taken from a Zoom meeting on May 14, appeared to show the participants using disrespectful language to refer to both Prime Minister Hun Sen and the monarch. It is unclear if the footage is genuine, or how it came to be posted on social media.

Environmental activists Sun Ratha and Yim Leanghy were arrested on June 16 and later charged with both plotting and insulting the king, according to Phnom Penh Municipal Court spokesman Y Rin. Another activist, Ly Chandaravuth, was charged only with plotting. All three youths are now in pretrial detention at Prey Sar prison’s CC1 and CC2. Mother Nature co-founder and Spanish national Alejandro Gonzalez-Davidson, who remains abroad, was also charged with plotting and insulting the king.

The charge of plotting is based on article 453 of the criminal code, and carries a sentence of five to 10 years. For the charge of insulting the king, the activists are facing between one and five years in prison.

National Police spokesman Chhay Kim Khoeun told CamboJA that he did not know the origin of the footage, or how it had come to be published on Fresh News.

“I’m not answering whether [the authorities] have it or don’t have it, but where did they get it from? You can ask them,” he said. He added that he could not share evidence with reporters as the investigation was still ongoing.

Am Sam Ath, deputy director of monitoring at human rights group Licadho, said that he had not seen the video clip but that according to the law, evidence should remain private until the trial. If the evidence was leaked to the public, he said, it could affect the court’s investigation.

“However, we do not know whether this is evidence that the court will use or if it was just posted on Facebook,” he said.

Cambodian Youth Network (CYN) senior advocacy officer San Mala said that charging the three environmental activists with serious crimes was not reasonable. He warned that without the participation of the public, the government’s management of natural resources could weaken through corruption and environmental destruction.

“Arrests and serious charges are an obstacle to the hearts and activities of youths who come together to protect natural resources and the environment,” he said.

Mala said that authorities had previously avoided encouraging people to join in protecting the environment for fear of affecting the government’s reputation, and because these activities could harm the interests of wealthy and well-connected people whose business depended on exploiting natural resources.

“These three youths are patriots and they love the nation, so they dared to sacrifice their energy and hearts even though they knew that they faced risks,” he said. “As I am a youth, I cannot accept these charges and I think this is an excuse to close the youths’ mouths, because they are brave and elaborate about the reality of the damage done to Cambodia’s natural resources.”

Seng Sokheng, coordinator of the Community Peace-Building Network (CPN) that works with more than 400 communities including the Prey Lang Community Network, said that the charges were more serious than the previous ones brought against environmental activists.

“I think that these charges against environmental activists are a new strategy by the government to threaten or obstruct or interfere with people and groups that protect the environment and forestry or natural resources in Cambodia,” he said. “This decision is not correct, and it is not justice … because they sacrifice their energy and resources to join the protection of national resources, which are the state’s property.”

Sokheng said that he believed that all environmental activists needed to join together to push the government to provide opportunities for activists, communities, associations and civil society organizations to do their duties to protect national resources.

“This is not to discourage environmental activists, if they do real environmental work, they will not be charged,” he said. “But in this case, according to the authorities, their environmental work was just an excuse, but behind it, they engaged in criminal activities.”

A statement signed by 75 organizations, unions and communities including Licadho, Adhoc, Central, CYN and CPN released on June 22 demanded that the court drop all charge against the Mother Nature activists and release all imprisoned right activists, arguing that youth activists were on the front line of documenting Cambodia’s ongoing environmental degradation. Human Rights Watch also released a statement the same day calling for the activists’ immediate release and the charges against them to be dropped.

“The Cambodian government has stepped up its campaign to silence activists peacefully advocating to protect the environment,” said Phil Robertson, deputy Asia director at Human Rights Watch. “Foreign governments, the United Nations country team, and international donors should call on the Cambodian authorities to drop their absurd charges against the environmental activists and publicly condemn any further clampdown on peaceful activism.”

A number of foreign embassies in Cambodia including those of the United States, Australia and Sweden also raised concerns over the activists’ arrests. 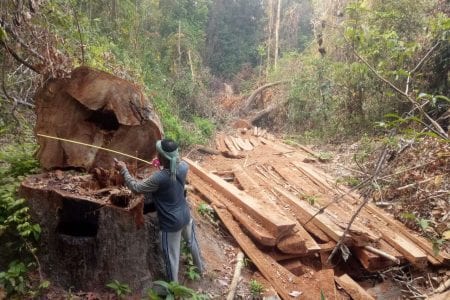 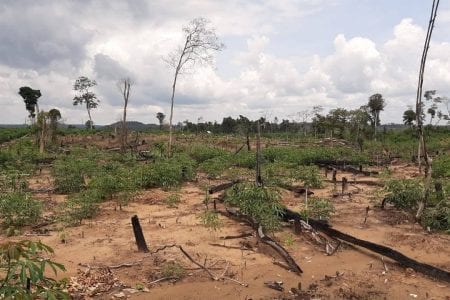