Cambodia continued to be the most corrupt country in the ASEAN region, with ingrained corruption in the public and private sectors, according to a Transparency International report.

Transparency International Cambodia released its Corruption Perception Index, which rates 180 countries using multiple existing surveys, combined with expert opinions from within each country. Cambodia ranked 160 out of 180 countries globally, the same rank it had last year.

Cambodia scored 21 out of 100, which was one point improvement over last year’s corruption ratings. Last year’s evaluation indicated that the country was “highly corrupt.”

The report acknowledges that certain reforms in the private sector and small changes to public governance had helped with the country’s rating, but that experts and business executives felt that the overall situation would not change without tackling political corruption and rule of law issues.

“A persistent low score on the CPI index indicates ingrained political and institutional shortcomings in a country. In the time of COVID-19, corruption poses a double-threat for many low-income economies,” said Pech Pisey, executive director at Transparency International Cambodia.

The report said Cambodia needed to do more with its existing Anti-Corruption Law, especially enforcing asset declarations, adopting the long-delayed, and controversial, Access to Information draft legislation, as well as strengthening institutions responsible for implementing the rule of law.

Phay Siphan, the government’s spokesperson, questioned the transparency group’s evaluation of Cambodia, questioning how investments continued to enter the country and add to state coffers if corruption was so endemic.

“If we are corrupt, then that money will not go into the state coffers,” said Siphan. “This report is just a ridiculous fabrication.”

Sok Eysan, a Cambodian People’s Party senator, mocked the “transparency” of Transparency International, but did not address the issues raised by the report.

Rampant corruption had been a major issue in Cambodia, said Chak Sopheak of the Cambodian Center for Human Rights.

Sopheap, who is the executive director of CCHR, said this corruption permeated the judiciary, administration of land documentation, the police and civil services, and manifested mostly in personal gain, favoritism and nepotism.

“The detrimental effect that corruption has on public trust in institutions is further compounded by the impunity with which corruption is met in Cambodia: public officials engage in corrupt activities with quasi-complete impunity as the Anti-Corruption Law suffers from weak enforcement,” Sopheap said. 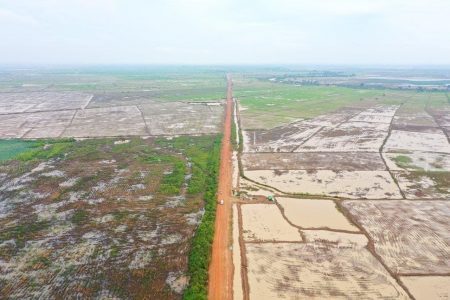