Cambodia’s GDP growth is estimated to reach 4.8% this year, and continue rising for the next two years while remaining below pre-pandemic levels, and inflation may hit 6%, more than double the rates of the last two years, the World Bank said.

“Elevated inflation is worsening people’s welfare,” the World Bank said in a “Macro Poverty Outlook” for Cambodia released on Tuesday. “Driven by rising food and fuel prices, consumer price inflation surged,” reaching 7.8% in June before dropping to 5.4% in July.

The projected growth shows continued signs of recovery since 2020—the first year of the Covid-19 pandemic and global economic downturn, and the first year the nation experienced negative growth since 1994, World Bank data shows. The country had sustained annual growth near 7% from 2011 to 2019.

Commerce Ministry spokesperson Penn Sovicheat said that while he recognized the country’s increased inflation, the government’s figure, based on the ministry’s monitoring of retail goods prices, was lower.

“This is not a concern as the [inflation] rate remains below 5% and remains manageable since the increase is seasonal, which happens normally,” he said.

According to Sovicheat, Cambodia mostly imports consumer goods from China, Thailand and Vietnam while it exports mostly to the U.S. and E.U. He said the ministry has been promoting local production to reduce imports of some products.

“So we will not be entirely dependent on importing some consumer goods, which will push the local retail price down,” he said. “For external issues, the ministry has already put in place trade facilitation that reduces transportation time and costs.”

“Some issues we cannot control due to international crises, such as Covid-19 and the war between Ukraine and Russia, which push up costs,” he added.

However, he said the ministry provided updated gasoline prices every 15 days based on international markets and the government had already increased its gas subsidy from 4 cents per liter to 6.5 cents since energy prices have risen during the Ukraine conflict.

The government also extended its cash transfer program to the end of this year to address the impacts of food and oil price shocks, according to the World Bank’s poverty outlook.

The scheme has benefited about 2.7 million people, or 17% of the population, just under the proportion of the country—17.8%—living below the national poverty rate, the report said. As of July, the cash transfer program has disbursed $714 million since it launched in June 2020.

Last month, the cost of a basic Cambodian food basket—a monthly per capita ration of minimum nutritional requirements used as an economic indicator—“reached a record high in 2022, driven by a significant price hike for morning glory,” which rose in price by over 25% compared to the previous month, according to an August food prices report from the U.N.’s World Food Programme and the Agriculture Ministry.

The cost of the basic food basket in August was 111,167 riel ($27.20) per person per month, up more than 3% from the same period last year. The basket includes common commodities: mixed rice, snakehead fish, pork, duck egg, vegetable oil, sweet potato and morning glory.

While prices of food included in the basket other than morning glory showed only slight changes, the report said some commodities were showing year-over-year increases, including vegetable oil, which is mostly imported, costing 23% more; duck eggs costing 19% more and morning glory costing over 40% more compared to 2021.

“Income shocks due to COVID-19 coupled with continuously high prices for common food commodities, fuel and fertilizer are increasing the economic burden for poor and vulnerable households,” the report said. “Price hikes have already increased the cost of living—but may also negatively affect domestic food production in the mid-term as agricultural inputs become unaffordable.”

Vorn Pao, president of informal workers’ group Independent Democracy of Informal Economic Association, said even though the government was reopening the country following the worst months of the pandemic, higher prices put a greater burden on lower-income informal workers.

“The income remains low, which is not balanced with the current high price of goods while they are in debt to microfinance institutions,” he said. “So this affects their daily quality of food and their health as well.” 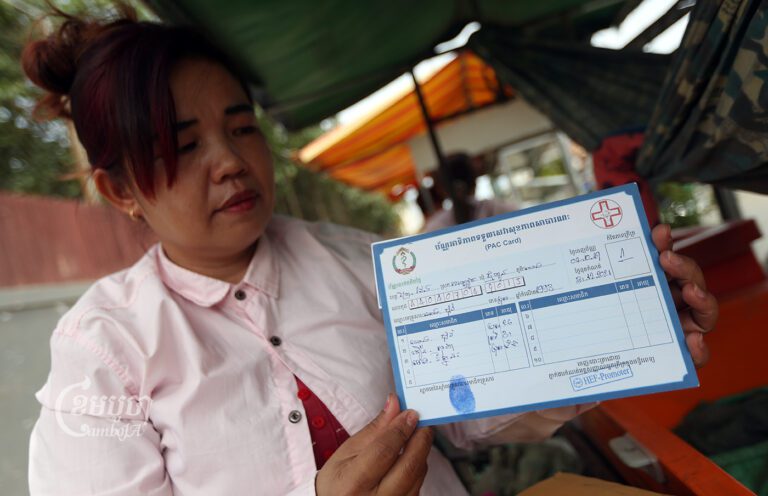 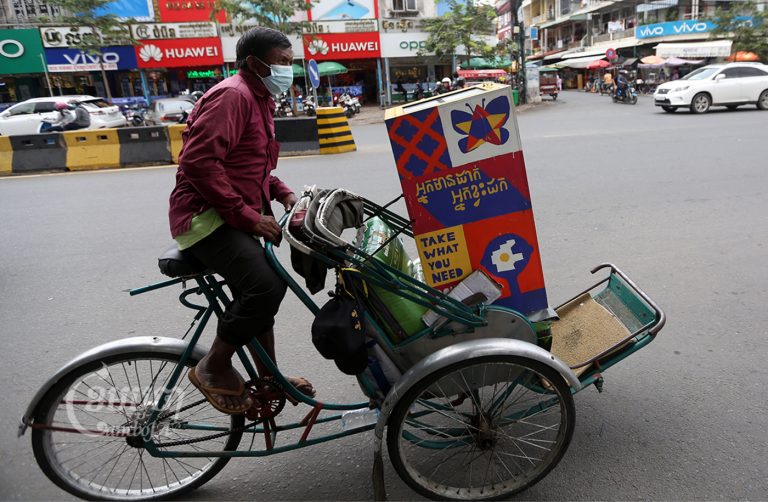