Ten years on, both civil society groups and the family of slain environmental activist Chut Wutty non-governmental organizations are calling for justice.

At a Tuesday event marking the 10-year anniversary of Wutty’s death, young environmental activists submitted an open letter to the Justice Ministry and Interior Ministry, urging them to establish an independent committee to promptly investigate his killing.

The letter also asked the government to stop restricting fundamental rights and freedoms, saying that grassroot communities carry out their work to protect Cambodia’s forest and natural resources.

In 2012, military police shot and killed Wutty in the Cardamom Mountains in Koh Kong province. Wutty had been investigating illegal logging in the area and had been traveling with two reporters of the former Cambodia Daily newspaper at the time of his death. The shooting happened after a security guard for the Timber Green logging company, accompanied by military police officials and soldiers, confiscated cameras from Wutty and the reporters.

The activists who gathered on Tuesday said the environmentalist’s death is filled with unanswered questions.

“We think that real justice has not yet been brought, especially who is behind the order for the shooting has not yet unfolded,” said Heng Kimhong, program manager of Cambodian Youth Network.

But the Justice Ministry spokesman Chin Malin dismissed the activists’ demands for a new investigation, issuing a standard response that the environmental groups were just politically motivated. Malin also said that justice has already been provided to Wutty’s family.

“If they have just submitted the letter, and they do not file a retrial to follow the procedure, it does not work,” he said of the activists. “If they are not following legal procedures and are just walking to submit a petition, that isn’t a legal means but it is gaining in politics.”

He said that they need to file a retrial with solid evidence which contradicts the official narrative of Wutty’s killing.

Six months after Wutty was killed in 2012, Rann Boroth, a private security guard for a logging company, was convicted and sentenced to two years in prison for his role in the environmentalist’s death. However, a Koh Kong provincial judge immediately suspended the majority of Boroth’s sentence with no explanation for why, setting the guard free.

The government further claimed Wutty was shot accidentally by military police officer In Rattana, who was then immediately shot dead himself while tussling over the murder weapon with Boroth.

Wutty’s son, Chheuy Odom Reaksmey, said via social media from the U.S. that justice remains elusive for his family.

“It has not yet cleared justice for my family, and I do not hope for the current government in finding justice,”

He said the ruling court in his father’s case is not independent, stating that high-ranking officials were involved in the timber trade after his father’s death. Some of these officials are close to Prime Minister Hun Sen, Odom Reaksmey said.

“I think that justice for me, is still far away unless we change government leaderships and judiciary system,” he said.

Am Sam Ath, operations director at the rights group Licadho, said the killing of Wutty remains a “mystery.”

“We continue demanding [the government] to have more investigation for the murder case of Chut Wutty to find genuine justice and eliminate impunity, as well as prevent murder cases against other environment activists,” he said. “The shooting death of Chut Wutty has remained a mystery, and other people were involved, but they have not been investigated or penalized.”

Widespread deforestation has continued apace in Cambodian forests, including within protected areas of Prey Lang, according to Amnesty International. Data published by the University of Maryland in partnership with Global Forest Watch showed that more than 9,000 hectares of forest was lost during 2020 alone. 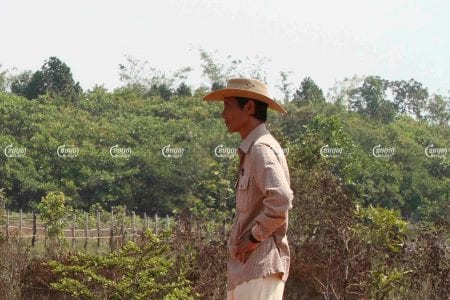