The Ministry of Economy and Finance and the National Bank of Cambodia have asked property developers and financial institutions to show leniency towards people struggling to repay their installments.

The statement said the measures would be effective till March 2022, and that the National Bank and Finance Ministry would continue to monitor the situation.

The COVID-19 pandemic has wreaked havoc on the Cambodian economy and many have lost their jobs or income, while having to deal with high levels of indebtedness, especially in the microloan sector.

Meas Soksensan, a spokesperson at the Ministry of Economy and Finance, said it is too quick to say what measures will be taken.

“The call has just been announced. We have to wait to see the implementation and then measures will be taken according to the accurate situation; let the job be done,” he said.

Homeowners and property investors said they need some respite from payments as the economic effects of the COVID-19 pandemic linger.

Hay Sopheap, who works at a union representing workers at NagaWorld casino in Phnom Penh, said her work had been temporarily suspended for the last month on account of a rise in COVID-19 cases in the capital. She said the gambling behemoth was not paying workers or assisting them during the work suspension.

“It is hard for me because I have no salary now since the company suspended work due to COVID-19. I have no other sources of revenue from my job,” she said.

Sopheap bought an apartment in Phnom Penh’s Mean Chey district using a bank loan. She has to make monthly installments of $500 a month for 10 years. Her salary at NagaWorld is $800.

“I have some savings and have sold some of my assets, so it will help me to ease the burden for some time. But, if this situation continues for a long time, I will run out of savings and then I don’t know what will happen to me,” she said.

Kong Chanthon, 33, recently bought a flat at Borey New World in Phnom Penh’s Dangkao district. She saw the government statement and would ask her borey developer for some respite.

“I have not yet met with the borey developer and I will talk to them if they can help with some easing,” she said.

Chanthon used to work at the now-shuttered Great Duke Hotel which shut down last year and is currently being repurposed as a COVID-19 hospital. She now sells coffee and cold drinks outside her home. She earns no more than $7.50 a day but has to repay $1,138 a month for 17 years.

“Since I have no job and my husband had to stop working because of a health issue, I borrowed money from a relative and took money from my parents to pay the monthly installment,” Chanthon said.

Sy Leang, the owner of Borey Ratanak Phnom Penh in Dangkao district, said he had not seen the new notice but any kind of financial relief would depend on whether banks gave his company some respite.

“If the banks offer me some easing, of course, I will do some easing for the customers as well. And if not, I can’t. I cannot do it alone,” he said.

Last year, the National Bank issued a directive to all banks and financial institutions to restructure loans to maintain financial stability, support economic activity and ease the burden of debtors facing major revenue declines during the COVID-19 outbreak.

Kaing Tongngy, a spokesperson for the Cambodia Microfinance Association, said the statement was more focused on land and property developers.

“We have been doing this for more than a year and it is not a new thing for financial institutions as we are continuing to provide easing measures until the end of this year,” he said.

He said these measures include requiring customers to only pay interest on a loan or to delay the payment for three months or by offering a loan repayment grace period. With 114 financial institutions, CMA members had provided loan restricting for more than 290,000 customers which were valued at $1.4 billion in total, he said. 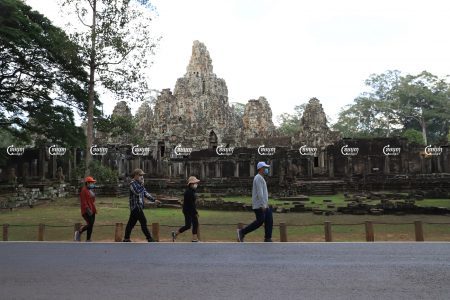 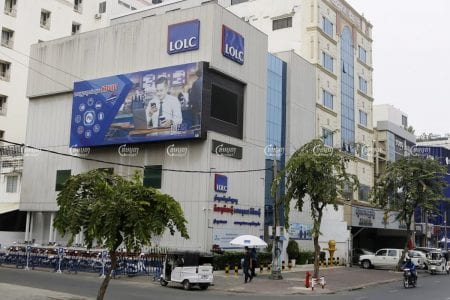