The economic impact of the pandemic on Cambodia’s garment sector and tourism industry may only be the first blow to these economic engines.

According to a newly released Asia Development Bank (ADB) study, both will be significantly remade by the advance of the so-called Industry 4.0, a broad technological push toward automation across all industries. New technologies could reduce jobs for actual people by 12% for garments and 3% in tourism, ADB found, requiring the state to urgently address human resource development, especially in higher-order skills in the digital domain.

The report, titled “Reaping the Benefits of Industry 4.0 Through Skills Development in High-Growth Industries in Southeast Asia” covers Cambodia, Indonesia, the Philippines and Viet Nam, building evidence for the opportunities, challenges and promising approaches for the future.

The study finds automation of jobs in the garment manufacturing industry will impact mostly manual and craft-related jobs. In the tourism industry, the impact will be hardest for customer-facing jobs.

“Both industries could suffer from negative consequences for inclusiveness as the job displacement effects are likely to particularly impact female workers,” the report said.

However, the impact of automation on tourism is expected to be considerably lower than garment manufacturing, which reflects a much higher number of manual jobs that can potentially be displaced by automation.

According to employer surveys in the report, 90% of those in garment manufacturing and 79% in tourism reported that graduates hired in the past year have not been adequately prepared by their education and/or training. Employers from both industries stressed to ADB the importance of training and skills development.

Ath Thorn, president of the Cambodian Labour Confederation, said ILO reports from the past three years have suggested the coming of Industry 4.0, also known as the Fourth Industrial Revolution (4IR), could affect 70% of jobs in garment manufacturing if there is no improvement in skills development.

“We must not wholly depend on the garment sector,” Thorn said, suggesting further development could go into adding value to Cambodia’s agricultural industry. “We need to have more vocational training centers to provide skills for workers and should bring in just a small amount of automatic machinery at first to keep intensive labor.”

According to Thorn, the industry group Garment Manufacturing Association of Cambodia (GMAC) has a vocational training center for garment workers to develop skills with new machines and technology, as well as clothes design and hospitality.

Cambodia’s garment factories employ some 800,000 people, most of them women on a monthly minimum wage of $192. In an average year, the sector produces about $7 billion in exports.

While the ADB study finds Cambodia’s 4IR policies and strategies are moving in the right direction, it is less clear about detailed implementation.

The report shows the degree of integration between workers’ skills and education policies is also relatively weak, as is the broader coordination between relevant government departments, industry players and training institutions.

In a webinar last Thursday on the ADB study, Hul Seingheng, a representative of the Ministry of Industry, Science, Technology and Innovation, said the garment sector currently relies on low-skill labor. To develop further and increase productivity, Seingheng said, the industry must attract more technology-based foreign direct investment.

“When [4IR] is growing, we need to prepare our human resources in order to promote long-term development,” he said, adding that Cambodia “still [needs] to learn more from other countries.”

He said his ministry has set a target for 2030 for 50% of Cambodian students to enter technology-based education with a focus on research.

Officials from the Ministry of Economy and Finance (MEF) said that for the short- and medium-term, Cambodia will depend on intensive low-skill labor. That should still provide enough runway for the government to develop existing labor resources.

Phan Phalla, secretary of state for the MEF, said that soft infrastructures need to be developed to respond to the market’s demand.

“We need to improve the education or training program to focus on entrepreneurship,” he said. “The government is now adjusting the investment law to comply with the technology-based industrial revolution, which focuses on skills development.”

Thoun Sinan, president of the Pacific Asia Travel Association, agrees with the report, saying that online platforms are already reducing the number of staff in the tourism sector.

“Now we have booking online, for example, that requires the use of small human resources but with more effectiveness,” he said. “When talking about the tourism sector, we are talking about regional competition to attract more visitors. That requires us to develop marketing skills, product development and technology-based skills that we are lagging behind other countries in the region.” 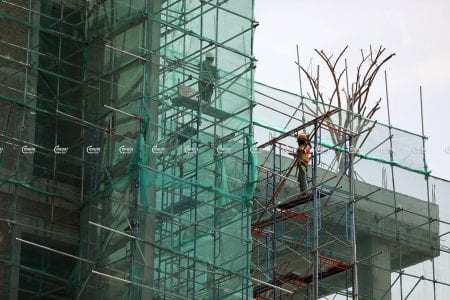 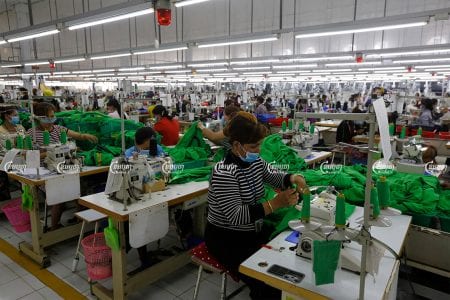 Despite positive report, too soon to tell with Cambodia’s economic recovery 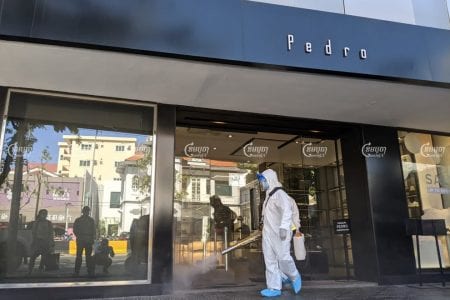