Workers at NagaWorld, Cambodia’s biggest casino company, are stepping up the fight for their jobs after their employer announced on April 8 plans to lay off 1,329 people, despite the company raking in more than $102 million in profits last year.

Chhim Sithar, president of the Phnom Penh casino workers’ union, said her organization has launched an online campaign calling on the company to keep on its employees and stop the planned layoffs.

“It is an unhumanitarian act because in this pandemic crisis, we have no other jobs to do. NagaWorld should not leave a thousand people unemployed while the company has remained healthy,” she said.

Sithar said the union has coordinated posts on Facebook and direct demands sent via email and messaging apps to the company’s top management, including CEO Chen Lip Keong and family of Naga’s owner.

“We are now waiting to see the response from the company first and if the company insists on reducing, then will seek the intervention from the Ministry of Labour,” she said. “It is not reflecting the real situation of the company’s financial health, which keeps profiting from its business. If you look at the company’s net profit in 2020, it remained strong even though it was smaller compared with 2019.”

The union also sent two letters to NagaWorld, dated April 12 and 21, demanding the company not proceed with layoffs.

The letters request the management of the company to follow the appeal of Prime Minister Hun Sen on March 9, asking all employers not using the reason of COVID-19 to suspend or terminate its employees’ contract.

NagaWorld has not responded to the most recent letter, nor a request for comment from CamboJA. But in an April 19 response to the union’s first letter, Hein Dames, head of the casino’s human resources, reiterated the stance that layoffs were necessary to maintain the business in the hard times of the pandemic.

“We would like to stress that the purpose of reducing staff is to mitigate the effects on our business of COVID-19,” he wrote in the letter seen by CamboJA. “Because of the decline in business due to the drop in international tourists, the company needs to restructure and cut costs.”

The company said the plan to lay off staff is also driven by an increasing embrace of technology in the company that has made some labor obsolete. In his response, Dames stated the layoffs should be legal under Cambodian regulations.

“I believe the company has a sufficient basis for implementing a layoff plan under the Labor law,” Dames wrote.

The casino’s letter also said the company is seeking guidance from the Ministry of Labour to calculate seniority payments to laid-off workers.

NagaCorp, which is listed on the Hong Kong stock exchange and is the parent corporation of the casino in Phnom Penh, said the plan to lay off staff was necessary to keep the business afloat after being affected by COVID-19. NagaWorld employs a total staff of more than 8,000 people and is the only casino company permitted to operate in the capital.

The NagaWorld casino complexes in Phnom Penh have been closed since March 2, after almost a dozen staff members were diagnosed with COVID-19 during the third major community outbreak of the virus in Cambodia, believed to have started February 20. The company had remained mostly silent about the outbreak among its employees and, in the days before the closure of the casinos, thousands of employees boycotted work in protest of “irregular” health practices.

During the COVID-19 pandemic, NagaWorld as a company contributed millions of dollars to the Cambodian government to contain the novel coronavirus. The company also provided food donations to Phnom Penh municipal authorities.

The casino released in March its annual report for the year prior. The 200-plus page document revealed a gross game revenue (GGR) of $869.6 million in 2020 which contributed to a net profit of $102.3 million during the height of the pandemic.

Since the reopening of the casino businesses on July 8, 2020, the company together with its subsidiaries have recorded a strong initial recovery, with a rate of about 95 percent for the mass market segment and about 69 percent for the VIP market segment, as compared to the pre-closure period of the first quarter of 2020.

“Despite the prolonged regional travel restrictions and reduction in most international flights, the Group’s Mass Market segment has been quite steady,” the report stated.

After successfully launching the Naga 2 complex in late 2017, Phnom Penh’s only licensed casino announced in 2019 its $4 billion Naga 3 project on the site of the former “White Building” public housing development, an iconic structure in Tonle Bassac commune.

Most recently, the company announced the “Angkor Lake of Wonder” project, a $350 million resort proposal just outside the Angkor Archaeological Park in Siem Reap. After public criticism, the project was withdrawn.

Back in the capital metro, data from the Ministry of Labour shows 1.2 million workers in Phnom Penh and Takmao combined have been affected since April 15 by the closure of more than 7,000 factories and enterprises as part of the ongoing lockdown of the metro area. The ministry last week issued a notice requiring all factories, companies and enterprises to keep job contracts for all workers and staff during this period of closure.

Heng Sour, a spokesman for the Ministry of Labor, could not be reached for comment.

Moeun Tola, president of Center for Alliance of Labor and Human Rights (Central) said that even though the Labour Ministry’s notice is not legally binding, typically when the Ministry of Labor issues these kinds of directives, the private sector has to follow and implement its guidance. However, he said NagaWorld may take this opportunity to lay off workers, perhaps targeting union members.

“I do not see Naga implementing social responsibility. There is no good record there regarding the promotion of union rights, and so this plan to lay off workers may be intended to reduce [the influence] of the union,” he said. “If we look at this difficult situation, the company should keep its employees.  They helped the company grow for many years and we don’t believe that Naga is bankrupt.”

According to the union, the company paid 50 percent and 40 percent of wage to staff in March and April, respectively. Workers are now concerned these payments might not continue through May.

Chan Narin, a NagaWorld employee who posted on her Facebook calling for food donations due to her job suspension, said the company is not providing any humanitarian assistance for its staff.

“At this time, each worker is almost hanging themself because they have no money and need to repay loans. We have nothing left for more than 10 years of working for the company — only debt,” she said.

Narin received half of her wage in March, amounting to roughly $200. April brought in even less money, though she still needs to pay monthly rent of $80 and a loan repayment in installments of $155 per month.

“It is not enough even to repay the loan and rental fee,” she said, questioning whether she’ll receive any pay at all in May. “We are loyal to the company, but they do not care about us during this difficult time.” 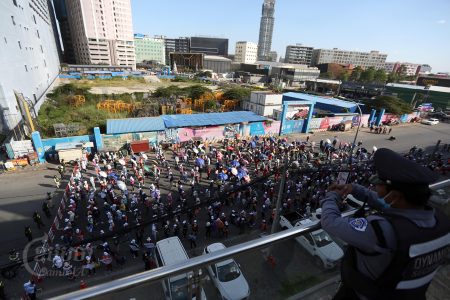 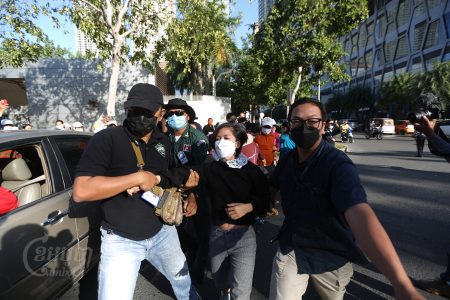 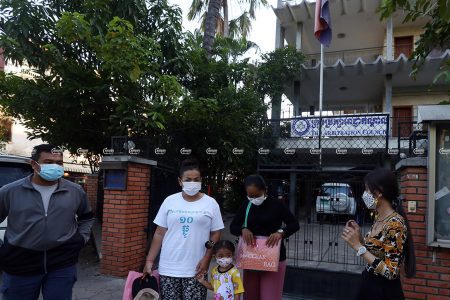 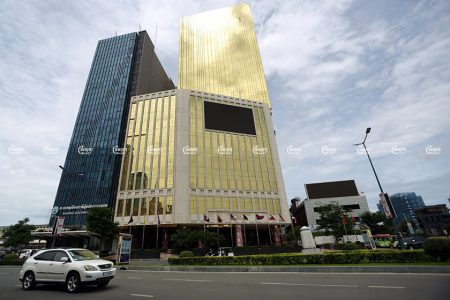 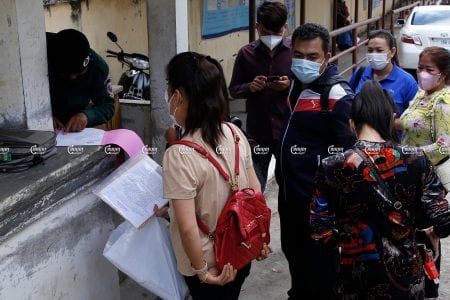