Phnom Penh’s plastic consumption appears to have risen sharply due to the increased demand for take-out packaging and COVID-19 personal protective equipment throughout the capital’s curfew and ban on dine-in eating.

Lon Channy, an eatery owner in Phnom Penh whose shop serves three meals a day, said she is now using double the amount of plastic compared to before the ban on dining in. Her restaurant is still receiving a lot of orders, she said — most of which are prepared in take-out packaging.

“It is undeniable that the plastic consumption has been increasing when customers are not allowed to dine-in,” she said. “[Before the ban], a hundred plastic plates were needed for take-out packaging, but now I need 200 or more than this in a day.”

The 40-year-old Lon Channy said that she didn’t know what else she would use for packaging if not plastic, explaining that it was convenient and easy to use. And she’s not the only one facing this problem.

CamboJA interviewed the owners and managers of six coffee shops and three eateries across Phnom Penh. Each one explicitly showed high levels of single-use plastic being used throughout the curfew and ban on dine-in eating announced in late July. Restaurants have since been allowed to host dine-in customers, as long as they follow health ministry guidelines.

Bo Sakalkitya, the founder of The Fence Coffee in Phnom Penh, said he has been trying to use as little plastic as he can to keep the environment clean and green. But he said that there weren’t many alternatives.

‘’Plastic is not good for the environment, but we cannot completely avoid using it, especially when there is no dining in [during] curfew,” he said. “The plastic consumption has been increasing. Before this curfew, I used around 10 to 15 percent of plastic cups and other needed items, but now it is up to over 80 percent. We encourage our customers to use their own tumblers so that we can decrease the amount of plastic being consumed.”

United Nations Development Programme (UNDP) acting resident representative Sonali Dayaratne told CamboJA that UNDP has not conducted any research on the amount of plastic waste generated during the COVID-19 pandemic. But she said that plastic consumption has likely increased significantly due to the high demand for food delivery and take-out packaging, as well as for COVID-19 protective materials such as masks and other personal protective equipment.

“It is hard to decrease the plastic consumption, as there are limited options available for plastic alternatives, or existing alternatives are more costly than plastic items,” she said.

Roth Vithu, a plastic goods vendor at Olympic Market, said the demand for plastic bags and boxes has seen a rapid increase, with both items now selling out faster than before.

“The income from selling plastic items has jumped up high lately,” he said. “[Before] I could earn around 250 US dollars in a day, but now the total income is up to 500 US dollars, or more than this, due to the high demand for plastic bags and boxes.”

Twenty-year-old Phnom Penh resident Soun Sreydet said it was true that take-out packaging could have an impact on the environment by increasing plastic consumption. But at the same time, she said, restricting restaurant service to take-out was an effective measure to prevent people from contracting the virus.

“During this critical time, people prefer to stay home, and with advanced technology, we do not need to go out, but can order food online,” she said.

But that convenience is coming with a cost. Khim Nora, head of the waste management office at the department of environment in Phnom Penh, told CamboJA that the capital now generates almost 3,000 tons of solid waste each day, one-fifth of which is plastic.

‘’Currently, the Ministry of Environment has paid high attention to managing plastic waste and debris incinerators at quarantine sites,” he said.

Waste management company 800 Super garbage collection worker Chhorn Vuthy said that he and his colleagues have to work almost seven days a week just to keep up.

‘’There is a large amount of plastic waste alongside the organic garbage waiting to be collected every day,” he said.

One group of media students is trying to push back the plastic tide. An online campaign run by Re Five is aiming to change people’s behavior away from using large amounts of plastic daily, especially during the COVID-19 pandemic. To urge people towards a plastic-free future, the campaign promotes the implementation of the 5R —  refuse, reduce, reuse, recycling, and remind — through short educational videos, posters, and online webinar, said project coordinator Nou Virak.

‘’During the pandemic, we have seen people start panicking by buying large amounts of food to store at their home,” he said. “And those products have been bought along with lots of plastic, which is a major concern for the environment. So, we have decided to make some sort of educational videos to teach them how to recycle those plastic wastes into usable things.”

UNDP’s Sonali Dayaratne said that there were still many challenges in decreasing plastic consumption, mainly because of the limited awareness among citizens about the adverse environmental and public health impacts of plastic pollution. For now, she said, the city does not have enough infrastructure and financing to properly treat and recycle plastic, and there are not many large-scale plastics recycling businesses in the country.

Dayaratne told CamboJA that the government has been strengthening the legal framework to create an enabling environment for all sectors to reduce and reuse plastic waste.

‘’However, the government should have effective law enforcement of both existing and new regulations to reduce the use of single-use plastic and promote segregation of waste and recycling,” she said. “The government also needs to provide technical and financial support for plastic alternatives and recycling businesses. Most importantly is to mobilize the private sector, youth and local communities in tackling plastic pollution.”

‘’I heard that the authorities are cooperating with other NGOs to deal with the issue because it is a public concern,” he said.

The Phnom Penh City Hall has installed restrictions on restaurants, cinemas, museums, and entertainment venues, as well as implementing travel curfews, until August 12 amid a surge number of positive cases of the more contagious Delta variant. But restaurants or eateries that can ensure health safety measures are still allowed to have dine-in customers. 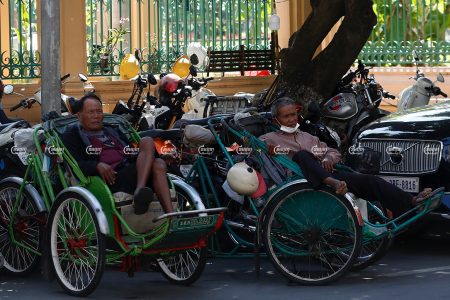 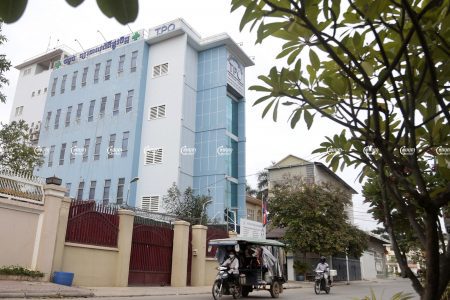 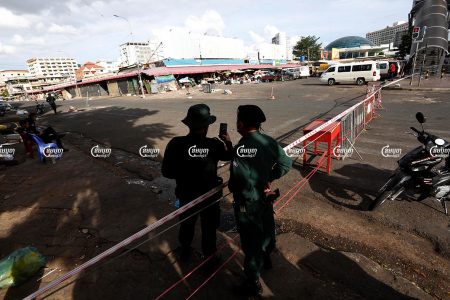