After a bodyguard who accompanied a Covid-19 positive Hungarian minister during his trip to Phnom Penh last week also tested positive for the virus, the government announced November 8 that schools and entertainment venues in Phnom Penh and Kandal province would close for at least two weeks.

In a statement, Education Minister Hang Chuon Naron said both public and private schools would shut down.

“Because of a lack of information and the lack of cooperation between parents, the Ministry of Education is not able to collect information from the 900 parents and guardians of the students who have had either direct and indirect contact with the Hungarian delegates,” he said.

“Receiving the government’s advice, the ministry of education has made the decision to close schools for two weeks in Phnom Penh and Kandal until further notice and will continue to study online.”

A statement from the Health Ministry said KTVs, clubs, cinemas, and museums across the country must also close immediately until further notice, as directed by the prime minister.

Earlier in the day, the ministry had released a statement saying that the 892 people who had direct or in-direct contact with Hungarian Foreign Affairs and Trade Minister Peter Szijjarto would be retested three more times. The initial tests, given to the nearly 900 people between November 4 and 7, all came back negative.

Szijjarto tested positive for Covid-19 on the evening of November 3 upon arriving in Bangkok after a one-day state visit to Phnom Penh, during which he attended a signing ceremony with Prime Minister Hun Sen and other government ministers at the Peace Palace, and also visited the National Bank’s Museum of Economy and Money.

The second Covid-19 test issued to a 31-year-old bodyguard who had accompanied Szijjarto came back positive on November 7, the Health Ministry’s statement said. He is now being treated at the Khmer-Soviet Friendship Hospital.

The bodyguard, from Sen Sok district’s O’Bek Ka’am commune, went to the hospital after he developed symptoms including a sore throat and cough, according to the ministry. He was then tested for a second time, with the sample coming back positive.

O’Bek Ka’am Commune Chief Yim Roth said the bodyguard’s live-in fiancée had told officials that he had been staying in a rented room at a guesthouse to quarantine since November 4.

“But the problem is, while he is in self-quarantine, he has been moving around,” Roth said.

“He went out to buy food, he went out to do his laundry,” he continued. “Last night we collected about 18 samples from people who had either direct or indirect contact with him. They are now in self-quarantine at their own houses and we are watching them until their results are out.”

“The food vendors who sold food to him and received money from him were happy to quarantine and be tested,” he added.

In an audio statement on November 7 shared by government-aligned Fresh News, Hun Sen called on the roughly 900 people, including the families of those who had come into contact with Szijjarto, to adhere to strict quarantine measures. He also said the government would cover the cost of quarantine at the Sokha hotel in Phnom Penh’s Chroy Changvar district, which has previously been used as a quarantine area for travelers.

“Those who have had direct contact or touched and met with your family members, please manage your families to avoid moving from one place to another so as not to cause a community outbreak,” he said in the recording. “I would consider it a serious problem for Phnom Penh, so I ask the authorities in Phnom Penh and the Health Ministry … pay attention to monitor the quarantines thoroughly….otherwise it is a very big risk in our country.”

A receptionist at the Sokha Phnom Penh Residence hotel who gave his name as Vuthy said that of the hotel’s 700 rooms, about 300 had been occupied by quarantining families since the morning of November 8. He said he expected more to arrive.

“We expect more, and our rooms are already very well equipped and hygienic,” he said. “[The guests] will not be allowed to go out within 14 days, only to stay in their rooms. They will just order food by phone.”

Health Ministry spokeswoman Or Vandine could not be reached for comment.

According to the World Health Organization, Cambodia has now recorded 295 Covid-19 cases, with zero deaths. 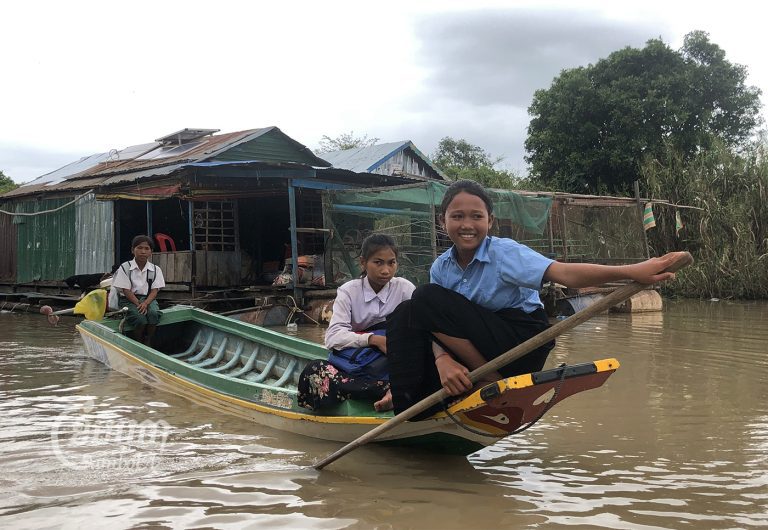