STUNG HAV — Approximately 200 huts that officials say were built on privately owned land in the Sihanoukville Special Economic Zone were cleared Thursday morning as part of an ongoing land dispute in Preah Sihanouk province’s Stung Hav district.

Residents said hundreds of authorities destroyed huts and that they threatened to arrest those who stayed and protested.

“People fled the site, and the huts were demolished by the authorities,” said resident Sim Bunthoeun. “Authorities have threatened not to allow people to enter the area, otherwise we will be arrested.”

The Preah Sihanouk provincial spokesman Kheang Phearum said authorities did not destroy huts or threaten the people but called for them to voluntarily remove the huts from the site.

“Now they understand and have volunteered to return the land to the company and agreed to leave the site without any protest,” he said.

Phearum said authorities have called on all residents to leave the location voluntarily and should not be deceived by someone to commit illegal acts.

“[We] would like to reaffirm that we will take the strictest legal action, without any exception of those who are behind the incitement and incitement to cause unrest and anarchy for society,” he said.

One day before the homes were destroyed, CamboJA reporters visited the disputed area and saw hundreds of huts built on the slope of the mountain behind the SEZ.

Residents said they came from different provinces in recent years, believing it to be state land​, where they would be allocated a plot.

Tim Phoeun, 51, from Kampot province, said he had been living in this area for several years. He told CamboJA that when he first came to clear the forest land, there was no ban from authorities and he believed the state would give him the land he cleared.

“I didn’t think this was private land, I came here because I thought that this is the state property, we are poor, so we cleared this land for living,” he said.

Sok Sokhun, who occupied 400 square meters of cleared forest land, is also from Kampot province. She moved to Sihanoukville several years ago to find work and followed other residents to clear the land.

“Living here is difficult because we use water from the valley and we have no electricity,” she said. “But because we want to have a plot of land for living, we are forced to clear the land. We think that it’s the state land and we want the state to give it to us poor people.”

Authorities first ordered people to leave​ the site in 2021, but say that more people appeared to have encroached on the land in recent months.

On August 16, authorities who arrived to dismantle homes were met with violent protests.

In a video posted on social media, people could be seen carrying machetes, slingshots, and Molotov cocktails to prevent authorities from attempting to demolish their homes.

Provincial court spokesman Ly Chandara said four people were arrested on August 16 and charged with causing violence against property owners and obstructing public officials and have been placed in pre-trial detention. Authorities say they are searching for other masterminds behind the land encroachment.

The charges under articles 253 and 255 of the Land Law, and Article 503 of the Criminal Code carry penalties of six months to two years, six months to three years, and one to three months in prison, respectively.

Cheap Sotheary, the coordinator of local rights group Adhoc in Sihanoukville, who is monitoring the case, said the group is studying the situation first before considering providing them legal support.

Sotheary said that most people in the area are from Kampot and Kampong Speu provinces and came to work in Sihanoukville.

“They said that the authorities used to ban them a few times from settling here, but they still continue to clear the land, claiming that they have no place to live,” she said. “It makes it easy for them because they can work in Special Economic Zones nearby”

“They did not know that the land was owned. They came here when they found that there was vacant land where they could settle,” she said.

Sotheary said that according to the documents revealed by provincial authorities, the land had been granted to a private company. However, she said leaving the land vacant for many years has caused confusion.

She said companies granted economic land concessions must develop the site within a reasonable period of time.

In 2008, the government issued a sub-decree to cut more than 2,000 hectares of forest land and granted it to Sihanoukville SEZ, though the SEZ currently occupies only part of the land. 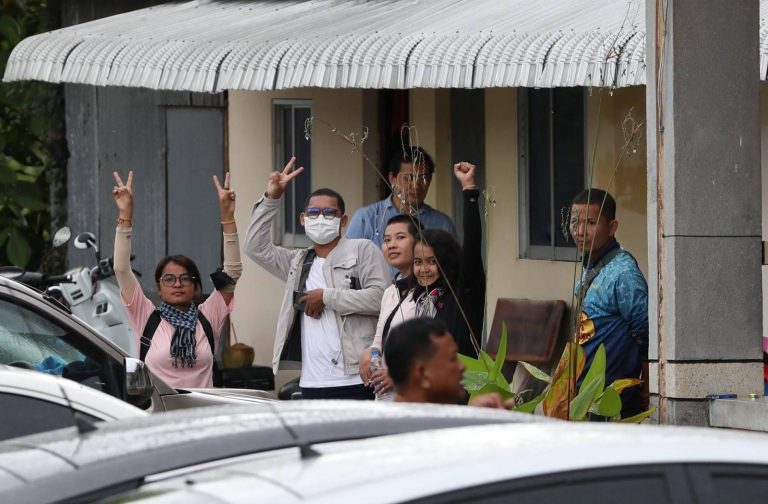