Amid U.S.-China tensions in the region and conflict in Myanmar and Ukraine, Prime Minister Hun Sen on Sunday turned over the Asean chairmanship to Indonesian President Joko Widodo, who said the bloc must “not be a proxy to any powers” or allow geopolitics to birth a “new cold war” in the region.

Hun Sen said Cambodia was confident that Indonesia, as the incoming Asean chair, would continue to move the 10-member bloc forward to build a “peaceful, resilient and inclusive Asean community.”

“We must maintain Asean unity regardless of circumstances for the best interests of the whole region. Fostering solidarity and unity will remain Asean’s top priority in the coming years,” Hun Sen said, according to a statement.

After Hun Sen handed Jokowi a wooden gavel, a symbolic gesture representing the passing of the Asean chairmanship from Cambodia to Indonesia, the Indonesian president said Asean would be a “center of growth.”

GDP growth for Asean this year and next year is forecast at 5.2%, up from 3% in 2021, with growth ranging from -0.3% in Myanmar to 7% in the Philippines this year, according to the Organisation for Economic Cooperation and Development.

“Economic growth has and always will be the story of Asean,” Jokowi said.

U.N. Secretary-General Antonio Guterres on Saturday said nations must avoid dividing the global economy in two, with the largest economies, the U.S. and China, leading the way.

“Such a rift with two different sets of rules, two dominant currencies, two internets and two conflicting strategies on artificial intelligence would undermine the world’s capacity to respond to the dramatic challenges we face,” Guterres said.

Asean nations were “particularly well placed” to help bridge economic divides, he added. “We must have one global economy, one global market, with access for all.”

As member states debated how best to respond to the conflict in Myanmar, with some, including Indonesia, calling for the country’s military leaders to be excluded from Asean functions beyond summits and foreign ministers’ meetings, Jokowi said, “Asean must become a peaceful region and anchor for global stability,” and “consistently uphold international law and not be a proxy to any powers.”

The bloc, he continued, must “uphold the values of humanity and democracy” and “should not let current geopolitical dynamics turn into a new Cold War in our region.”

Amid Jokowi’s warnings on Sunday, Russian Foreign Minister Sergey Lavrov told reporters at the summit that the West was “militarising” Southeast Asia in an effort to contain Russian and Chinese interests.

“The United States and its NATO allies are trying to master this space,” he said, according to Reuters.

Lavrov said U.S. President Joe Biden’s Indo-Pacific strategy would involve “the militarisation of this region with an obvious focus on containing China, and containing Russian interests in the Asia-Pacific.”

During a summit speech on Saturday, Biden called Asean the “heart” of his administration’s Indo-Pacific strategy, and said the U.S. was committed to Asean centrality and working with nations in the region to tackle threats against the climate, the rule of law and a rule-based order, and address challenges in Myanmar and the South China Sea.

Speaking with Hun Sen on the same day, Biden raised concerns about Ream Naval Base, underscoring the “importance of full transparency” regarding activities by the Chinese military at the base, according to a White House statement.

China and Cambodia have repeatedly denied U.S. claims of a secret deal between China and Cambodia that granted China’s military exclusive access to parts of the base, which is being developed with Chinese funding.

Cambodia has said the stationing of foreign military personnel in its territory would violate the constitution.

During a summit meeting with leaders of Asean nations and eight other countries on Sunday, Russia and the U.S. failed to agree on language for a joint statement, Bloomberg reported.

Russia’s Lavrov blamed the U.S. and its allies, saying they “insisted on absolutely unacceptable language regarding the situation in Ukraine.” Russia refers to its invasion of Ukraine as a “special military operation,” not a war.

Lavrov said the U.S. had divided Asean and accused NATO of stepping up activity in Southeast Asia.

During a press conference at the Peace Palace Sunday evening, Hun Sen told reporters that the bloc did not serve Russia or Ukraine, nor choose between China and the U.S.

“Asean is not a puppet of anyone,” he said.

Hun Sen said he told Lavrov and Ukrainian Foreign Minister Dmytro Kuleba, who also attended the summit, that they could meet while they were both in Phnom Penh, but they did not.

World leaders participating in the East Asia summit, including Biden, Lavrov and Chinese Premier Li Keqiang, agreed not to pose for a group photo after the meeting, as was done for other meetings during the four-day Asean summit.

“We didn’t have a group photo. It is different from our practice. I believe that everyone understands. The journalists may also understand,” Hun Sen said, without explaining.

When asked about a White House statement on Saturday that said Biden had urged Hun Sen to “reopen civic and political space” and release jailed opposition activist Seng Theary, the prime minister questioned the reporter, suggesting Biden had not made those statements to Hun Sen.

The prime minister told reporters to ask the U.S. embassy.

According to a three-minute transcript of Biden’s conversation with Hun Sen released by the White House, the president thanked Hun Sen for Cambodia’s Asean leadership and “condemnation of Russia’s invasion of Ukraine,” and said the U.S. was “committed to Asean centrality.”

Biden also said the U.S. remained committed to “seeing the return of democracy in Myanmar and working with…Asean to ensure implementation of the Five-Point Consensus.”

The published transcript does not mention Theary or expanding civic and political space. 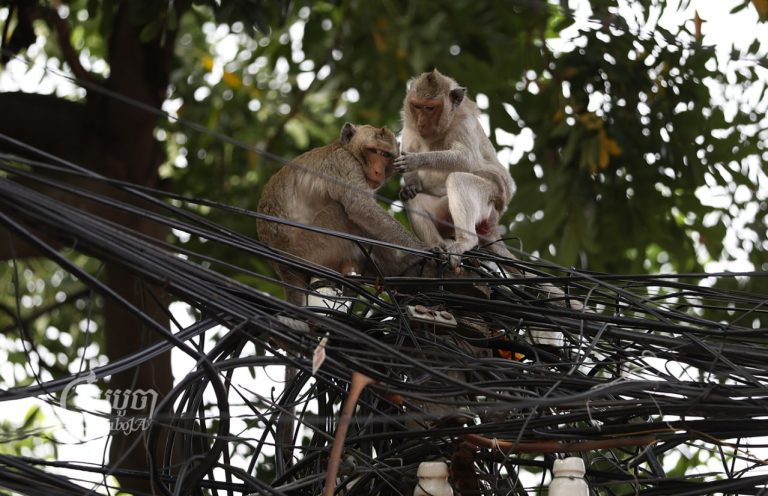