The UN Special Rapporteur on the situation of human rights in Cambodia, Vitit Muntarbhorn, is on his first visit to Cambodia and has met with Prime Minister Hun Sen as well as the former leader of the outlawed Cambodia National Rescue Party (CNRP), Kem Sokha.

He will present his findings to the UN Human Rights Council in October and rights activists say they hope he will urge the Cambodian government to ensure a free and fair environment for next year’s elections.

“If the government improves the situation it will likely receive more international aid,” he added.

Mr. Setha said that during a two-hour meeting with Mr. Muntarbhorn on Saturday he also raised the current defamation charges against opposition politician Son Chhay for criticizing June’s commune elections.

Mr. Phearom said the governor told Mr. Muntarbhorn that he shouldn’t believe negative reports by media outlets,  possibly referring to a recent Al Jazeera documentary on foreign call-center workers held against their will in the province.

“His visit takes place at a time when respect for human rights is deteriorating in our country,” said Chak Sopheap, executive director at CCHR.

“We look forward to jointly working with the Special Rapporteur to strengthen respect for human rights and positively impact our society,” she continued.

She added that Mr. Muntarbhorn’s visit would help focus attention on areas where rights are still lacking.

Political analyst Meas Nee, however, said he didn’t think the visit would change anything on the ground.

“I think it is too early to conclude this will change the situation because the mission of the UN special rapporteur is just to come and find out the truth and then make a report to the UN secretary general,” he said.

Despite past critical reports by UN officials, he said, human rights in Cambodia have deteriorated.

“As we know freedom of expression has been restricted, [opposition party] activists have been arrested  and people who expressed critical opinions on social media were threatened and questioned by authorities,” Mr. Nee said.

For their part, a governmental body, the Cambodian Human Rights Committee, said they hoped the UN special rapporteur’s report would acknowledge improvements in the human rights situation.

“The government hopes that his report will be balanced and show not only negative points but also the efforts of the government on human rights,” said  the body’s vice-president Chin Malin.

He urged the UN Special Rapporteur to make a fair judgment after meeting with government representatives, civil society groups and political parties.

On  Friday, his last day in the country, Mr. Muntarbhorn will hold a press conference. 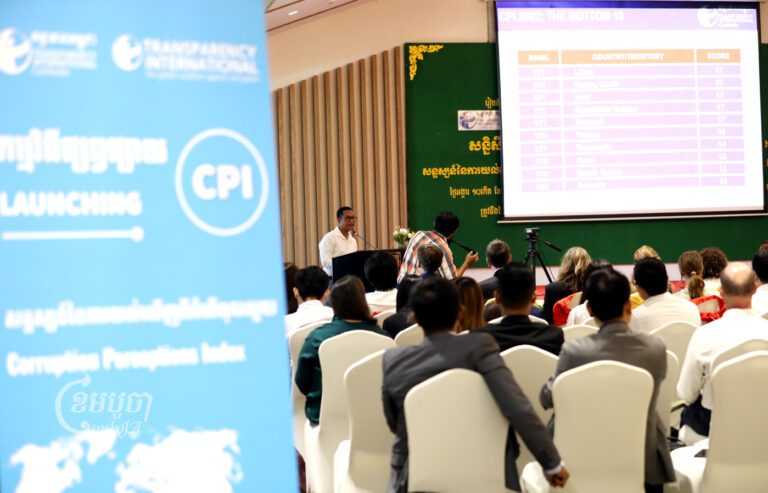