US Secretary of State Antony J. Blinken on Friday said that he had  met with Prime Minister Hun Sen and urged the longtime Cambodian leader to “reopen the civic and political space” ahead of next year’s elections.

America’s top diplomat made the remarks at a press conference on the sidelines of a meeting with the Association of Southeast Asian Nations (ASEAN) in Phnom Penh.

“One of the things that stands in the way of strengthening the relationship between our countries are our concerns about eroding respect for human rights and democratic institutions here in Cambodia,” he said.

During their Thursday meeting Blinken urged Hun Sen to allow opposition leader Kem Sokha, who is in the midst of a treason trial on what are widely believed to be trumped up charges, to take part in the political process. Blinken then met with Sokha on Friday.

He also called for jailed activist and dual Cambodian-American citizen Seng Theary to be released, according to a memo by the US State Department following the meeting. Theary was jailed along with dozens of other opposition activists after a mass treason trial in June.

The main opposition Candlelight Party’s Vice President Son Chhay said that the Paris Peace Agreement meant Cambodia had an obligation to respect democracy and human rights, and the international community would continue to hold them to it.

“As we have seen, it isn’t just the U.S Secretary of State calling for Cambodia to restore democracy and human rights, the European Union did as well,” he said.

But Sam Inn, secretary-general of the Grassroots Democratic Party, said that without any concrete measures or sanctions from the US government, Hun Sen was likely to ignore Blinken’s remarks.

“I have seen that the United States isn’t putting any serious conditions (on Cambodia improving human rights), so the government is unlikely to respond,” he said.

Government spokesman Phay Siphan said that for his part Prime Minister Hun Sen had explained to Blinken during their meeting that “Cambodia is strengthening and reforming rule of law.”

He added that the US didn’t clearly understand the situation in Cambodia, because officials like Blinken got their reports on the country from a biased media.

In the case of Sokha, Siphan said the “government cannot interfere” while it is still going through the courts.

He said that if the government continued to ignore the concerns expressed by Washington, the international community would likely increase diplomatic and economic pressure on the country.

Political analyst Em Sovannara, said while he thinks Hun Sen may now consider releasing some activists, he would not do so in Sokha’s case because the popular opposition leader poses a threat.

“For the case of Kem Sokha, it might be impossible because the ruling party wants to ensure they win in national elections,” he said.

Besides human rights and concerns about Cambodia’s shrinking democratic space, Blinken also spoke to Hun Sen regarding geopolitical issues, including China’s influence in the strategic Asia-Pacific.

The Secretary of State asked the prime minister to be “fully transparent about activities by the People’s Republic of China at Ream Naval Base, emphasizing that an exclusive presence would risk damaging Cambodia’s sovereignty, regional security, and ASEAN unity,” according to the State department.

Blinken confirmed that US President Joe Biden will join the ASEAN  leaders summit in Cambodia in November. 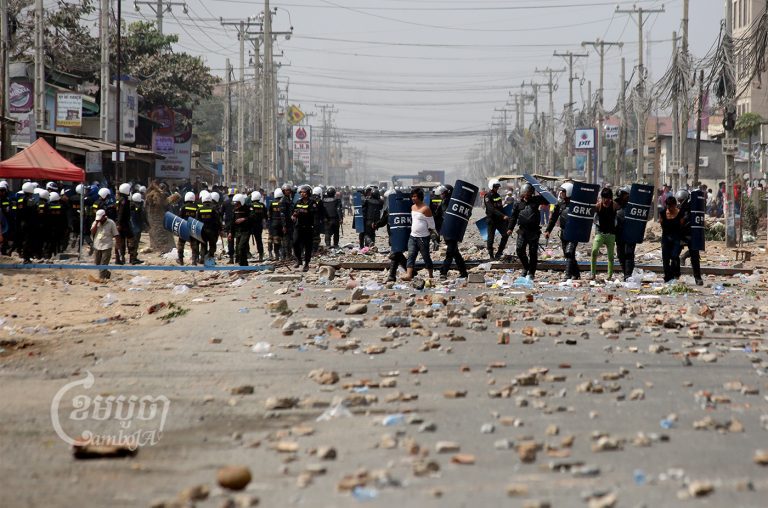