Around 200 people affected by a mega-airport project in Kandal province have been protesting the damaging of their rice crop by developers by blocking the road to the project’s site in Kandal Stung since Friday.

A number of people involved in the dispute said that two tractors, three fire trucks, police and dozens of security guards employed by local conglomerate Overseas Cambodia Investment Corp (OCIC) had been sent to the disputed land site on Friday. The company, which is overseeing the $1.5 billion project alongside the government’s State Secretariat of Civil Aviation, has been repeatedly accused of encroaching on people’s land. The development covers 2,600 hectares about 25 kilometers from Phnom Penh.

Long Sopheak, a farmer from Kampong Talong village in Kandal province’s Kandal Stung district, said that he had not received any compensation for the destruction of his one-hectare-large rice crop.

“I was preparing to pump water into the rice field, and at that moment two tractors drove into my field and started destroying it,” he said. “I was trying to stop them, but they did not stop until they had completely cleared my rice field. They came to​ steal my land.”

Sopheak is asking for $2,500 compensation for his damaged property. The company has refused, instead offering to pay him just $500.

“Now people have blocked the road and camped on the site, and ten people are sleeping there to guard our land,” he said. “The company is offering me $8 per square meter, but I won’t accept because it is not enough to afford land in another area.” He added that he would continue to block the land until a resolution was found.

OCIC is owned by the well-connected Oknha Pung Kheav Se. The airport project’s first phase is set to be completed by 2023. By 2030, they are anticipating as many as 30 million passengers every year.

All buying and selling of land in and around the area has been temporarily suspended since the beginning of the project in early 2019 in an effort to investigate rightful land titles and prevent a surge in land prices. Despite this, land prices have continued to rise, although the exact increase is still disputed.

Kheang Sokmean, a representative of the people protesting the company’s actions, said that the community had already submitted a petition to the prime minister​ asking for his intervention. So far, he said, they have received no response.

A draft of the petition seen by CamboJA had called for fair-market compensation, a speedy settlement, and the investigation of sub-national officials who residents have accused of violating their ownership rights. The petition states that around 400 hectares of land have been affected so far.

Chrek Soknim, president of the Cambodian Valuers and Estate Agents Association (CVEA), told CamboJA in March that prior to the new airport project, land prices in the area had stood at about $10 per square meter. Since the project started, prices for large-scale land plots near the site had risen as high as $50 per square meter, while a small plot could average between $60 and $70. Land located next to the main road could sell for as much as $100 per square meter.

Am Sam Ath, deputy director of monitoring at rights group Licadho, said that all development needed to be transparent. If development affected people’s ownership or their interests, he said, those issues needed to be fairly addressed.

“In this case, when the company has not yet reached a settlement with people but instead encroached on their land, it is illegal and an abuse of people’s rights,” he said. “I think that for such a huge project, a fair solution is needed and it is important to avoid creating a bad image of the government — because when the company causes problems, people will blame the government.” 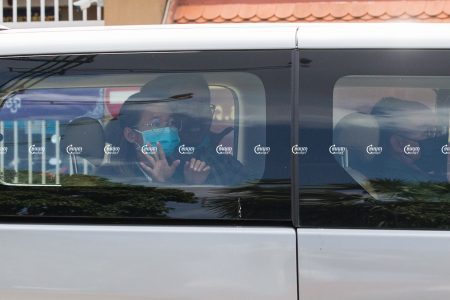 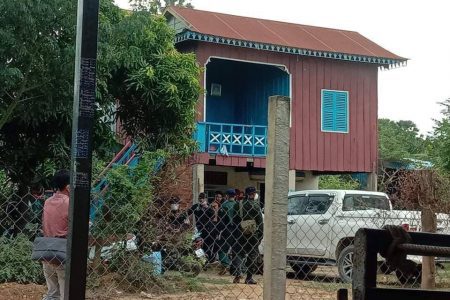