Sixty Families affected by a $1.5 billion airport project in Kandal province met with  representatives from the company responsible as well as officials from the Ministry of Land Management on Thursday to discuss compensation for their homes.

For four years the families have been locked in a dispute over the mega airport, which is being developed by the Overseas Cambodia Investment Corporation (OCIC), owned by well-connected Oknha Pung Kheav Se.

The residents of Kampong Talong village, who are being relocated to make way for the airport, have already rejected the offered compensation rate of $8 per square meter for affected farmland. On Thursday they expressed concern over how much they would receive for their houses.

During the meeting with authorities, the company asked the villagers to thumbprint documents denoting the valuation of their property, but villagers demanded the company first show how the appraisals were done in 2021, fearing they could be being cheated.

Phorn said both authorities and the company were trying to divide villagers by now inviting each one for private talks.

“This is their strategy to divide us because some people who do not understand will agree. We want the company to clearly show the price list of each property,” he said.

Pov Yang, another resident who joined the meeting said that because she was illiterate and could not read the document, she refused to thumbprint it.

“They asked me to thumbprint the document, but we did not know how much they were offering per square meter and I want to know the price” she said. “They did the assessment on my house based on an estimation, so I did not agree.”

Sixty-four houses in Kampong Talong village, Kandal Stung district, have been affected by the mega-project. In November 2021, local authorities and the company started measuring people’s houses to work out  compensation rates.

The company will provide compensation in cash for people’s houses, crops, trees and other constructions on their land,  according to the valuation document seen by CamboJA. However, the document did not mention how much compensation they would get, with a company representative saying this will be discussed at a later stage.

For the land itself villagers have already been offered a choice: $8 per square meter – which these families have rejected as too low – or land at a resettlement site.

Chiv Kok Say, who is in charge of land acquisition for the new airport, told CamboJA that the company first wanted to ensure their information was correct.

“What we’re discussing is only about the size and kind of constructions and number and kind of trees or crops on the site,” he said. “We were not talking about the price of those properties yet because we need to finalize the offers based on these factors.”

However, Say told villagers at the meeting that compensation would not be less than $250 per square meter for brick houses.

Land disputes are a massive issue in Cambodia. In some conflicts, villagers are paid for their land or crops, but often at a price far lower than market rate. In others, villagers are made to move without compensation, with authorities claiming they have been illegally squatting on the land.

Am Sam Ath, operation director of rights group Licadho, said authorities and the company need to explain to people how they are doing the valuations and what compensation they will get before they agree to thumbprint any documents.

“The people’s concerns are right and need to be clearly explained. When people do not understand, it is impossible to address [the issue] because people are worried about their property,” he said. 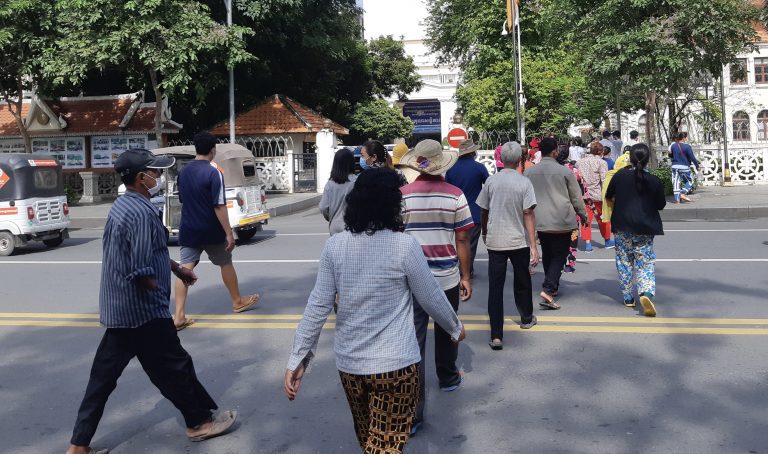 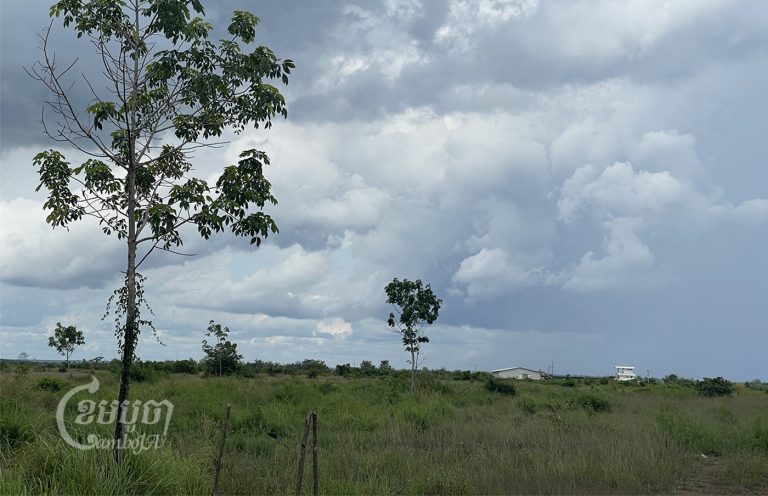