The Grassroots Democratic Party (GDP) said Tuesday it was seeking to make an alliance with other minor parties ahead of the 2023 National Election, though analysts and other party officials suggest it will be a challenge to create a coalition strong enough to challenge the ruling party’s dominance of the National Assembly.

At a press conference Tuesday, Yeng Virak, GDP president, said the aim was to create a parliamentary counterweight to the Cambodian People’s Party.

“We hope the alliance can be possible, and to increase voices of multiple parties in the National Assembly,” said Virak, adding that they hoped to win enough seats jointly to form a coalition that could prevent the CPP from holding full parliamentary control.

The party alliance could take the form of anything from negotiating with parties to back a single candidate in a single constituency, to merging under a party umbrella, to creating a single new opposition party.

Most votes require a simple majority, but if the minor parties win more than 41 seats in the 125-member National Assembly and work as a coalition, they can prevent constitutional amendments and veto cabinet members — which require two-thirds majority.

Mr. Virak said the GDP had held informal discussions with the Khmer Will Party, the Cambodia Reform Party, the Candlelight Party, and the Kampuchea Niyum Party. All were started by members of the former opposition Cambodia National Rescue Party, which was dissolved by court order in 2017. In the 2018 National Election, the CPP won all 125 parliamentary seats.

Yang Saing Koma, chairman of GDP, said that only a working coalition could prevent the continuation of a one-party state.

“If we do not cooperate, it will not benefit the pluralism party and democracy in Cambodia,” he said.

“Cambodian citizens have seen that when political parties who have been competing with the ruling party and they are isolated, the voice of Cambodian People’s Party has increased a lot,” Mr. Saing Koma said.

He noted that the CPP’s share of votes had increased since the 1993 elections from 1.5 million to 3.5 million votes in 2008, but decreased in 2013, after the Sam Rainsy Party and Human Right Party merged to become the main opposition CNRP. That year, the CNRP won 55 seats.

But it is far from clear if a coalition will be enough to push back at ruling party dominance. In this year’s June commune elections, the CPP won 1,648 out of a total of the country’s 1,652 commune chief positions, with the Candlelight Party taking just four. The CPP won 74.3 percent, or 9376 out of the 11622 commune council seats.

Candlelight Party vice president Thach Setha said that while he supports the idea of an alliance in principle — as a means to counter the ruling party — they have not yet decided.

“We have not talked about political alliances yet; we are only thinking about structuring and strengthening our grassroot levels,” he said. “I think we have to strengthen ourselves first before we can talk about what should be allied.”

He noted that the party policy is aimed at national unity, especially the unification of democratic forces to bring about change through the upcoming elections in 2023. Pointing out that the Candlelight Party garnered nearly 2 million votes in the Commune Elections, he said he believed the opposition party had a chance in the National Election.

“It can be seen that the upcoming election would give the Candlelight Party a majority in the National Assembly, so they [CPP] are trying to make a protection law,” he said, referring to proposed constitutional changes that would reduce the power of the National Assembly.

Ou Chanrath, vice president of Cambodia Reform Party, said that his party is ready to discuss an alliance and is having internal talks on the matter.

“I have seen some scenarios for the Grassroots Democratic Party. I think it is possible to have an alliance, but if one party, I think it is difficult,” he said.

“If the non-governmental parties do not unite, we would lose seats in the National Assembly, which would make the ruling party more influential,” he added.

Sok Eysan, a ruling party spokesman, said that any discussion of party coalition is “their political rights as long as they have the same will and a lasting alliance, it is good,” he said.

However, he said the ruling party is not particularly worried.

“Even if they make an alliance, there is no strong political force because all parties had lost the election and they came from the party that was dissolved by the Supreme Court and will not be able to win the upcoming election,” Mr. Eysan said.  “There is nothing to worry about; losing plus losing is equal to losing all.”

Korn Savang, an advocacy coordinator at the Committee for Free and Fair Elections in Cambodia, welcomed the prospect of a political alliance.

“It is good for the party’s alliance, but they must manage their political strategy to provide benefits to each other,” he said.

“Because what we had seen based on the 2022 commune election result, we can know the power of each party in the alliance whether they can receive support in the national election.” 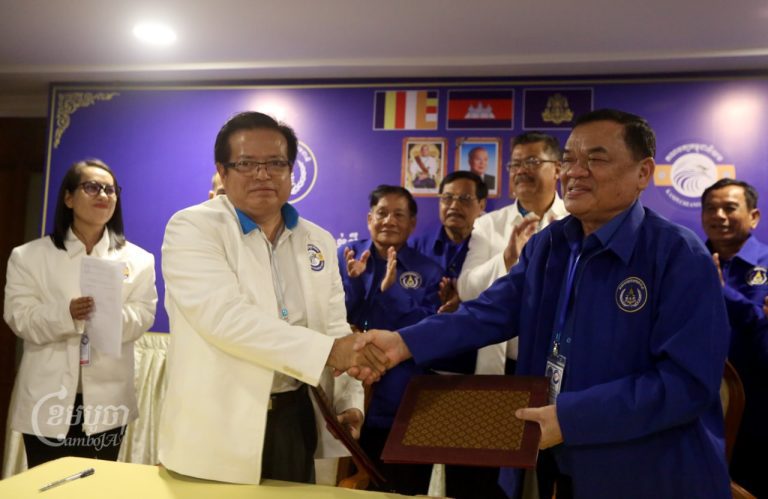 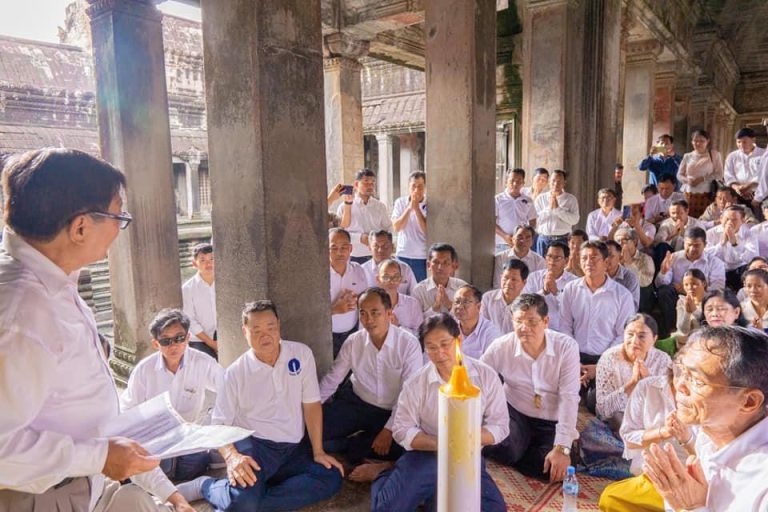