Phon Touch and Teang Sreytouch have been working for years in Cambodia’s garment industry, but now the two women are worried they could join the thousands of others in the sector who’ve been laid off without proper compensation.

“For the last few days, we’ve had no work to do in the factory, we come just to sit here,” says 39-year-old Touch, who works at Canteran Apparel (Cambodia) Co. Ltd in Phnom Penh.

“We’re concerned that if the factory closes there’ll be no compensation,” adds colleague Sreytouch.

The government says the country’s garment and textile industry remains strong despite the COVID-19 pandemic, with Ministry of Labor spokesman Heng Sour telling local media in April that exports of garments, footwear, and luggage had increased nearly 15% in the first quarter of 2022, to a value of about $3 billion.

Sour said that while the workforce in the garment sector decreased during the pandemic to about 800,000 workers compared to around 850,000 in 2019, it has since increased again and factories are in need of more workers.

However, union leaders said the situation for workers in the industry – which contributes between 10 to 20 percent of the country’s total GDP – is still challenging.

“Wages have increased slightly,” said Ath Thorn, president of the Cambodian Labor Confederation, after the government increased the minimum wage for workers in the industry by $2 a year, bringing their monthly salary to $194.

However, he said, employees are working harder and doing more difficult work. Anti-union laws and restrictions on protests have also made it harder for workers to demand their rights, he added.

“There has been an increase in forced work and violence, which is hurting workers while employers are increasing their pressure,” he said.

Thorn added that some factories file for bankruptcy as an excuse to close and not pay compensation, but then open a new factory elsewhere.

Touch Soeu, president of the Free Trade Union of Workers in the Kingdom of Cambodia, agreed that things for garment workers had improved somewhat compared to the first two years of the pandemic.

However, as several factories have closed, some workers have been left jobless and are facing financial difficulties as commodity prices have risen, she added.

“Workers still face challenges, especially in terms of minimum wage, as their expenses outweigh their earnings and most of them are in debt,” she said.

On April 20, more than 1,000 workers from Rosing Garment Factory in Phnom Penh’s Tuol Sangke 1 commune protested, demanding employers provide benefits in accordance with the labor law after the factory closed. And former workers for Evergreen Apparel in Phnom Penh are still struggling for compensation after the factory was shut in 2019.

However, a Ministry of Commerce report said in 2021 garment and footwear exports increased by 8 percent and 25 percent respectively compared to 2020.

“Footwear products will be able to grow as countries around the world reopen, which drives up market demand,” said Ly Khun Thai, president of the Cambodian Footwear Association.

However, he said, during the pandemic five shoe factories had closed and no new ones had reopened.

Kaing Monika, deputy secretary of the Garment Manufacturing Association in Cambodia, said the hard COVID-19 lockdown in China had impacted the supply of raw materials to Cambodia, which had seen a small drop in production around Khmer new year, and suggested that the war in Ukraine could also have an impact.

“Some buyers may adjust their orders as a result of the situation in Europe,” he said.

The garment sector has also been impacted by the dialing back of favorable trade conditions – such as the expiration of Cambodia’s access to the US’s Generalized System of Preferences, and the withdrawal of preferential access for approximately 20% of Cambodia’s exports to the EU market under the Everything but Arms agreement. (Additional reporting by Seoung Nimol) 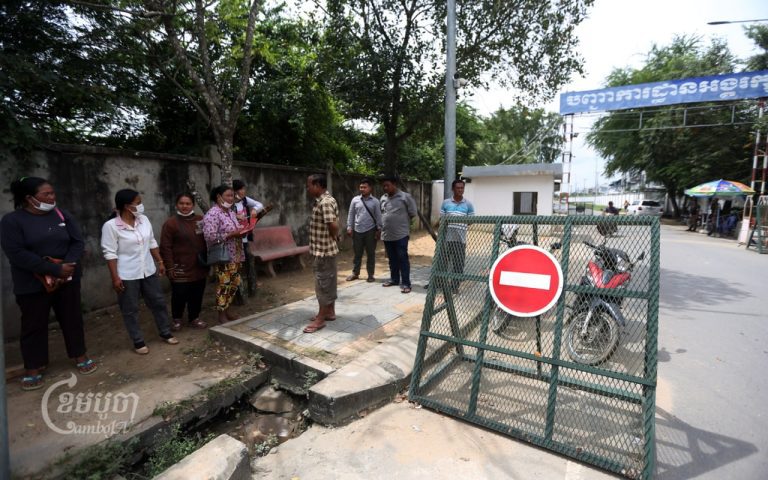 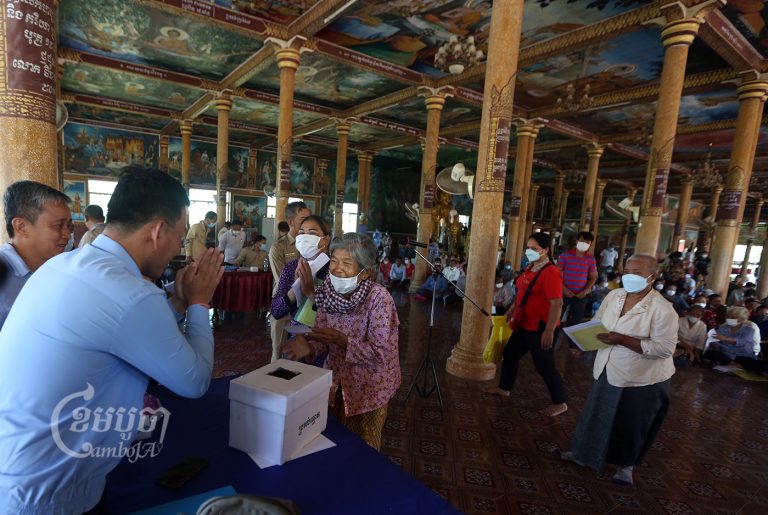