The minimum wage for workers in Cambodia’s billion-dollar garment sector will rise to $200 a month next year, a $6 raise that unions said was insufficient while employers raised concerns about profits and regional competitiveness.

Negotiations between the government, employers and unions resulted in a minimum wage increase to $200 a month, beginning January 1, Labor Minister Ith Samheng said on Wednesday.

“We wanted a lot, but we have also seen challenges, so what we have done is a compromise that all parties can accept,” Samheng said.

Five independent union representatives of the 51-member National Minimum Wage Council voted for an increase to $213 a month, while 46 other council members, representing other unions, employers and the Labor Ministry, voted for the lower rate.

The marginal increase last year helped support Cambodia’s external competitiveness during the pandemic, according to a June economic report from the World Bank.

Minimum wages in Myanmar, Laos and Vietnam are lower than Cambodia’s minimum rate for the garment sector.

In the first quarter of this year, garment exports remained Cambodia’s largest export item, reaching $2.1 billion, or a 20.4% increase compared to the same period last year, the World Bank said.

“Despite its accelerated growth rate, garment exports no longer account for the majority of goods exports. Its share declined from 60 percent in 2019 to 44.4 percent of total goods exports in 2022,” the report said.

Nang Sothy, vice-president of the Cambodian Federation of Employers and Business Associations, said the increased minimum wage would impact employers’ income and increase competition amid an economic downturn and energy crisis in Europe due to the conflict in Ukraine.

“We have a figure that we can accept, but it is not easy and not too hard,” Sothy said, noting that the government’s pension scheme, set to go into effect in October, puts a new burden on employers who must contribute 2% of workers’ wages to the pension fund.

Sothy also said Cambodia’s minimum wage should not go higher than regional garment competitors, such as Vietnam, Bangladesh and India.

Jayant Menon, economist and senior fellow at the ISEAS-Yusof Ishak Institute in Singapore, however, said given the dollarization of Cambodia’s economy, the U.S. dollar’s sharp appreciation against most currencies recently will negatively impact the competitiveness of Cambodia’s exports.

“Therefore, the modest increase in the minimum wage will not further affect international competitiveness in any significant way,” Menon said in an email. “Some increase is justified, however, given the rise in the cost of living, especially for the poor.”

Kaing Monika, deputy secretary-general of the Garment Manufacturers Association in Cambodia, said the minimum wage increase would affect companies’ profits while firms were unable to pass on rising production costs to buyers due to competition with other countries.

“We call on international buyers to continue to support Cambodia by continuing to deliver on orders and at a price that is commensurate with our new wage levels for next year,” Monika said.

Factories must continue to improve labor productivity, and reduce production wastage and unnecessary costs, he said.

“Do not forget that we still have other allowances and now the average income of an employee is about $270 per month,” he added, accounting for overtime wages, bonuses and other benefits.

Pav Sina, president of the Collective Union of Movement of Workers, acknowledged concerns about regional competition and investors moving production to countries with lower labor costs, but said he was still unhappy with the $6 increase.

“We wanted $213 as the figure,” he said. “$200 does not respond to the needs of workers and their families because market prices have increased.”

Cambodia employs approximately 1 million workers in the garment, travel goods and footwear sectors, and is the only industry in the country with an established minimum wage.

Mao Rayuth, a garment worker in Phnom Penh, supported the wage increase but also said $200 was not enough to support daily livelihoods as food prices and rental fees rise.

Still, Rayuth said, “It is good that [the wage] is going up and not going down.”

Updated at 5:15 p.m. with comments from several sources. 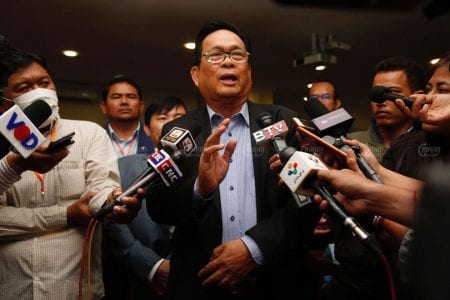 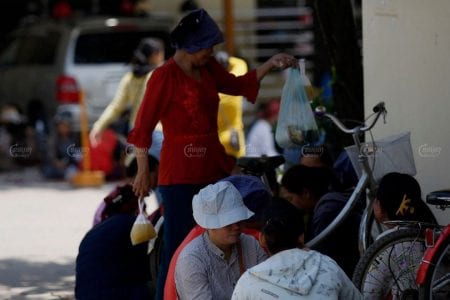 Unions appeal for minimum wage talks to proceed as scheduled

Garment factories lobby for savings to make up for rising wages